Hatchbacks have always been the largest part of the Indian automobile industry. Having a well-selling in this segment would be a true success for every manufacturer, which in turn, fuels automaker to aggressively compete in this segment. Each manufacturer tries to pull out a rich-feature model with a wide range of options along with improved quality from time to time. And at the very end of the year, let’s take a look back the year to find out which cars are the most successful and the most money-worthy hatchback in the segment.

It is impossible to not include the most popular car in the segment, the Swift, on the list. The new generation Swift was launched earlier this year which allows the Swift to keep up with the latest trend and strengthen its position as one of the best 2018 hatchbacks in India.

Maruti Swift offers a good looking car with a wide range of powertrain choices with petrol, diesel, manual or automatic gearbox. On top of that, it is the great dynamics that the car brings in. The experience inside the cabin is also worth-praising with its good insulation and a spacious interiors.

Customers could choose to have either a 1.3-litre diesel engine (75PS/190Nm) or 1.2-litre petrol unit (83PS/113Nm). Both of them are mated with a 5-speed manual transmission or a 5-speed AMT. The Swift also claims to have one of the highest mileage in the segment. For the petrol version, the mileage is rated at 22kmpl while the diesel engine is claimed to reach 28.4kmpl. Hyundai Santro is one of the biggest hits of 2018. Launched in October this year, this hatchback has constantly hit the top sales chart and soon became one of the best selling hatchbacks in 2018. Hyundai has set an example for an overnight success in the competitive automobile market: a good-looking car with a fully-loaded feature package and a smooth performance, all comes at an affordable price.

At launch, the Santro comes with a 1.1-litre engine that makes 69bhp and 99Nm. This unit is offered with either a 5-speed manual transmission or a 5-speed automatic gearbox. Besides, a factory-fitted CNG kit is available on the higher variants like Magna or Sportz. One of the best things about the Santro is its features. A standard Santro is available with ABS, EBD and driver airbags. Some of the first-in-the-segment could be seen on the Santro are a 7-inch touchscreen infotainment system which supports MirrorLink, Apple CarPlay and Android Auto, rear parking camera with sensors and rear AC vents. Even just launched recently, Hyundai Santro has become a popular car in the hatchback section

Tata Tiago JTP is the newly-launched performance version of the Tiago hatchback. This car is majorly based on the hatchback Tiago, but tuned for a better performance. Under the hood, the JTP brings in the Nexon 1.2-litre turbocharged petrol engine that is able to churn out 114bhp and 150Nm, which is higher than the standard Tiago by 29PS and 36Nm respectively.

Besides the more powerful engine, the Tiago JTP is also packed with a sportier look. Tata has added 15-inch alloy wheels, tuned the steering and lowered the ground clearance to highlight the performance and sportiness.

At the price of 6.39 lakh, it is higher than the standard Tiago but compared with other performance cars, it is still an affordable price.

>>> 2018 Tata Tiago JTP Test Drive: What Offered On The Performance Version Of The Tiago? 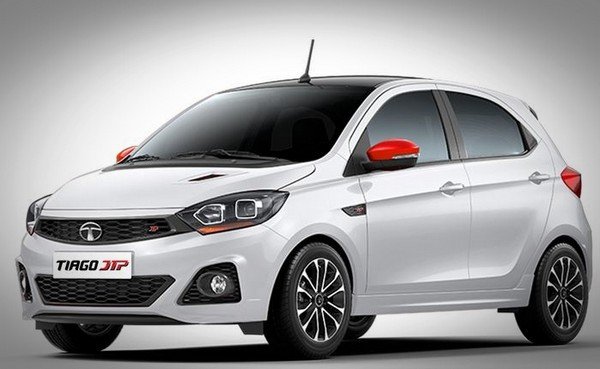 Ford Freestyle is offered at an appealing style, ranging from 5.23 to 7.93 lakh. Ford has decided to launch the Ford Freestyle as the updated version of the ageing ongoing Ford Figo and Aspire. Ford Freestyle looks more of a small size crossover than a regular hatchback. The Freestyle is given some details like a plastic bumper, flared arch cladding, roof rail, a high ground clearance to emphasize its sporty and off-roader look.

Its performance is also more potent than most of existing crossover hatchbacks. The Freestyle features the same engines from the upcoming Figo, which are the 1.2-litre petrol and a 1.5-litre diesel motor. These unit are good for 96PS/120Nm and 100PS/215Nm, respectively. The standard transmission for both engines is the 5-speed manual gearbox. Sadly, the automatic unit is not available right now.

Just like other cars from Ford, the Freestyle is equipped with a fulfilling feature package including six airbags, ABS with EBD, electronic stability control and traction control system along with active rollover prevention. It is one of the richest safety kits on the segment. 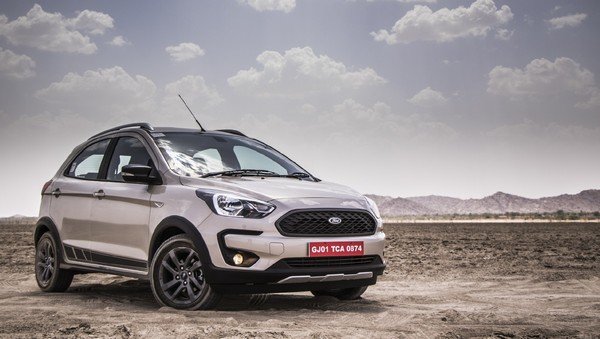 Datsun GO comes at a competitive price. However, it has a lot to offer. While the dual-airbags, ABS with EBD, brake assist, rear parking sensors and follow me home headlight are available as standard safety features, the top variants will come with all the bells and whistles like 7-inch touchscreen infotainment system, Android Auto, Apple CarPlay support, rear parking sensor.

Datsun GO is offered only with the 1.2-litre petrol engine with 68bhp and 104Nm on tap. This unit comes with only one automatic option.