Top Upcoming Sedans In 2020 – Which One Would Suit You Best?

Sedans are one of the most popular auto types with the Indian auto buyers. In 2020, some giant automakers will continue to introduce new sedans to the market, which is certain to keep us excited.

Until now, series of sedans have been launched in the country, from sub-compact sedans like the second-gen Honda Amaze and the facelifted Ford Aspire to the compact sedans like the new-gen Maruti Suzuki Ciaz. Some luxury auto manufacturers have also more deeply penetrated into the Indian sedan segment; for example, Mercedes-Benz with the 350D, the 400 and the top 600 Maybach; BMW with the 6-Series GT. The performance sedan segment also becomes more teeming with the appearance of some new launches such as the Mercedes-AMG E 63 S and the BMW M5. The new year 2020 is coming with the new excitement from the sedans which are expected to be launched next year. This article is going to provide you with a list of the top forthcoming sedans in 2020. Read on to discover.

Just some days ago, the Czech automobile maker has just unveiled the next-generation Skoda Octavia to the public after seven years from the third-gen Octavia was rolled out. Known as the global best-selling sedans of its brand, the Octavia has been refreshed for its fourth-gen car, giving a range of new technologies and first plug-in-hybrid version. The exterior design of the new Octavia has been brought in line with company's latest non-SUV models including the Scala and facelifted Superb. The front profile of the new sedan is inspired by the Scala with redesigned LED headlamps. The lower roofline of the car just gives it a more coupe-like characteristics and increase the aerodynamic efficiency. 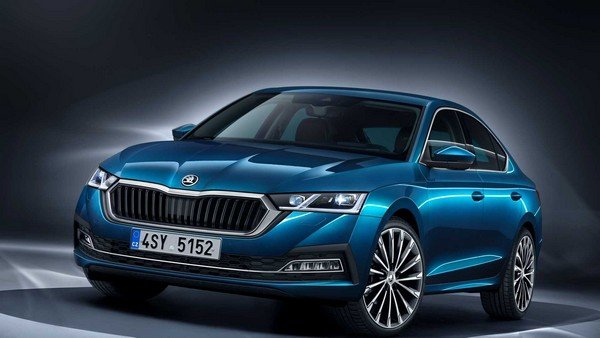 The all-new Skoda Octavia will get a lower roofline that gives it a more coupe-like stance.

Dimensions wise, the Octavia is exactly 19 mm longer and 15 mm wider than the outoging version. The increas in the size liberates more space on the inside as well. As such, the passenger room will be more spacious and the boot space will be at 600 litres.

The fourth-gen Octatvia will get a more premium cabin boasted by soft-touch materials and a range of advanced fitments. The free-standing touchscreen infotainment system will dominate the dashboard while features like HUD, wireless charging, three-zone auto climate control as well as a suite of drive-assistance kits will be other major highlights of the vehicle.

For the Indian market, the all-new Skoda Octavia will be powered by petrol engine options only. It will more likely to get the power from a 150 HP 1.5-litre petrol mill and a 190 HP 2.0-litre turbocharged petrol unit. Transmission options will include a manaul gearbox along with a DSG DCT option. The expected price of the upcoming Octavia is at around Rs 20 - 30 Lakh.

Hyundai Motor India announced some days ago that its forthcoming sedan for India will be dubbed the Hyundai Aura. Hyundai's new sedan is expected to be a fierce answer to the likes of Maruti Dzire, Honda Amaze and many other offerings in the segment. While not much has been revealed about the upcoming vehicle, we expect the all-new compact sedan will be as premium as the updated Xcent and come with BSVI emission ready 1.2-litre engines. The Hyundai Aura is set to come as an aggressive rival to the Maruti Dzire, Honda Amaze and others in the sedan segment.

The changes on the exterior of the car are hard to predict as the test mule was heavily concealed. However, we expect the car's profile to be identical to that of the current-gen Xcent as well. It might come with a number plate mounted on bumper as seen on the Ford Figo Aspire along with the blacked-out C-pillar. A set of projector headlamps and LED tail lamps as found on the Hyundai Grand i10 Nios will make their ways to the Hyundai Aura as well.

Powering the Hyundai Aura will be a BSVI-upgraded version of the 1.2-litre petrol and diesel engines. While the former is predicted to make 83 PS of power and 114 Nm of torque, the latter might churn out 75 PS and 190 Nm of torque. Both engines will more likely to come coupled with a 5-speed manual transmisison and a 5-speed AMT option.

The most-anticipated sedan for 2020 will be the next-generation Honda City. The fifth-gen model will be first launched in Thailand before making it to the Indian market next year. Test mules of the new-gen Honda City has been spotted multiple times ahead of its offical unveil, thereby giving us some hints at how the upcoming sedan will look like. As for the comestic changes, the fifth-gen Honda City will come with the brand's latest styling design that makes it sportier than the previous-gen model. Expect the massive wraparound LED headlamps and taillamps alongside a thick chrome bar at the front as similar as those of the Honda Civic will be featured on the exterior profile of the model. The new-generation Honda City has been spotted on test many times ahead of its offical debut.

In terms of interior, the new Honda City will certainly get better materials qualities on the inside and all. It is supposed to share the same dashboard layout with the all-new Honda Jazz so it will get a larger touchcsreen infotainment system, digital instrument cluster and more. Under the hood of the new-gen City will sit a BSVI-compliant 1.0-litre 4-cylinder turbo-petrol engine delivering around 120 HP of power and comes paired with a 6-speed MT and a CVT. Further, there's a 1.5-litre gasoline engine coupled with a mild-hybrid system on the City's mechanical package, too. This engine might be offered with a CVT option but a manual transmission is a possibility as well. The next Volvo car to come to India is going to be the new S60 sedan, which, once launched, will directly compete against the Mercedes-Benz C-class. And the BMW 3-Series. Underpinned by the SPA platform, the 2019 Volvo S60 has the similar exterior and interior design as well as the safety and entertainment features with other vehicles from Volvo including an optional City Safe automatic braking capability and Pilot Assist system.

The first engine options to be available on the new Volvo S60 will be a supercharged 2.0L T8 twin engine making a total output of 390hp with 303hp from the petrol motor sent to the front wheels and 87hp from the electric motor spread to the rear axle. This variant can accelerate from a standstill to 100kph in just 4.9 seconds and reach a maximum speed of 250kph. Moreover, there is also another entry turbocharged 2.0L T8 engine option available which is good for 250hp and can help the car reach 100kph from a standstill in 6.5 seconds. The transmission duties in all of the variants will be implemented by an 8-speed AT gearbox.

Hyundai is go strongly for the sedan segment in India. Apart from the new Hyundai Aura, the South Korean automaker is also gearing up for the launch of new Hyundai Verna which is set to go on sale in 2020. Recently, the company has revealed its new Verna to the Chinese market. The India-spec model is expected to come with a few changes in terms of design along with updated diesel engine options. 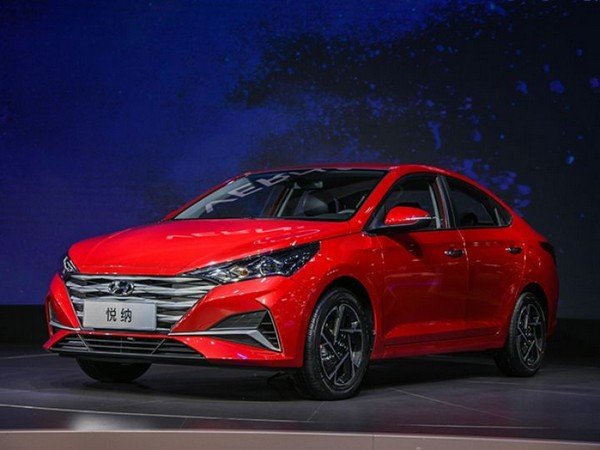 The Hyundai Verna will come with a new avatar and take on the like of new-gen Honda City and Maruti Ciaz.

Changes on the exterior of the car are limited to the front & rear fascias of the vehicle while the side profile remains unchanged. It is likely to feature a large chrome grille up front along with bigger head lights sittting right above the redesign bumper. The rear end of the car bears a great resembalance from the Hyundai ix25 with a strip that houses LEDs and stretches along the width of the car's tailgate.

On the inside, the 2020 Hyundai Verna will sport some difference from the one we saw in the recently-launched Hyundai Venue. It will come with a huge touchscreen infotainment system that might float above the audi controls. The central AC vents of the car resemble the previous-gen Sonata.

Like the new upcoming Creta, the new Verna is expected to be unveiled at the Auto Expo next year. The new model will take on the likes of Honda City and Maruti Ciaz. 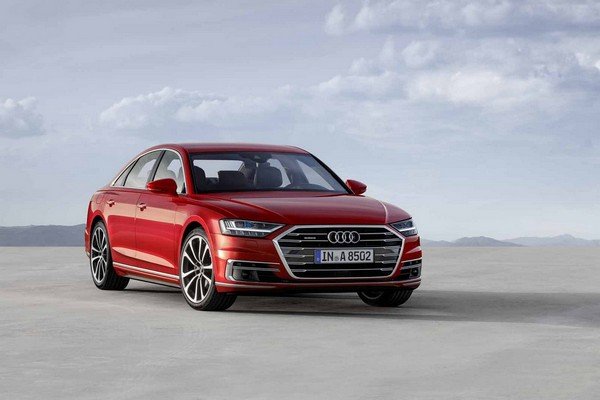 When a made-by-Audi model gets an update, it will be a big improvement from the outgoing model in all aspects. The Audi A8 is not an exception. By nature, it will still be typical of an Audi car, but now more muscular with a 32mm-greater length, a 13mm-greater height and a 100kg-greater weight. The cabin will also be thoroughly updated with the highlight still being the dual-touchscreen. Amazingly, its feature list has more than 40 driver assistance features including the automatic parking, the traffic congestion pilot, etc. Disappointingly, only a limited number of these features will come to India due to the regulations which do not allow the third level of autonomous technologies.

The global-spec Audi A8 is available with three engine options: a 3.0L V6 petrol, a 3.0L V6 diesel and a 4.0L V8 petrol motor. Nevertheless, only the 3.0L six-cylinder diesel motor is expected to make its way to India. This engine can deliver 250hp against 500Nm 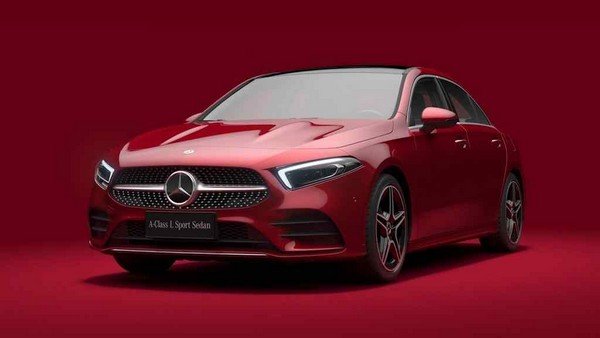 The 2019 Mercedes-Benz A-Class L is another version of the A-Class, but with a longer wheelbase

Realizing how popular the E-class sedan was with the Indian auto buyers, Mercedes-Benz is expected to introduce the A-class in a longer-wheelbase version to India. The A-class L is the official name of this version in China. With a view to maximizing the space for passengers who are in the rear seats, Mercedes-Benz will equip the new A-class L variant with a longer wheelbase than that of the standard one by up to 60mm. As regards the interior, the A-class L sedan will feature the same top-notch dashboard and a modern infotainment system as the A-class hatch.

Once launched, the Mercedes-Benz A-class L Sedan is likely to receive the power from a 1.4L V4 petrol engine producing 163hp/250Nm and a 1.5L V4 diesel motor generating 116hp/260Nm. Both of the two motors will be mated to a 7-speed DCT gearbox.

Above is the list of eight top sedans slated to be launched in India in 2019. Despite sharing the same body type and being suitable for family travelling, each of the cars in the list offers the unique features and is suitable for different budgets. So, consider everything carefully before making a decision to purchase one. Have you found your favourite sedan in the list? Share with us in the comment section below.