Toyota Vitara Brezza will come with a 1.5-litre mild-hybrid petrol engine which will be employed in the upcoming facelifted Maruti Brezza.

Toyota Kirloskar Motor and Maruti Suzuki have embarked on a long-term partnership that involves co-developing and rebranding various car models. Previously, Toyota has rebadged the Maruti Baleno and introduced it under the name Glanza. Toyota Glanza is available in only two variants, G and V at the price of Rs 7.05 lakh and Rs 9.0 lakh respectively. Following the rebranding of Maruti Baleno, Toyota is working on the new rebadged Vitara Brezza. 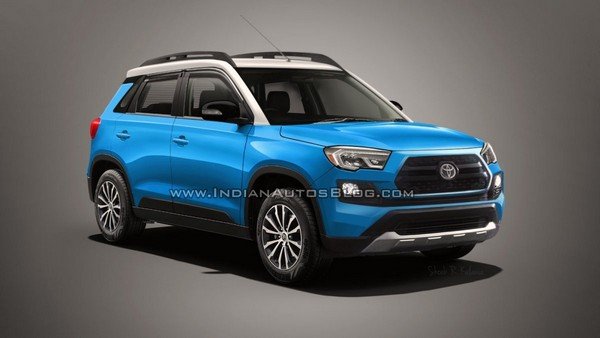 The second Toyota-rebadged Maruti is expected to go on sale this April, around the same time new BSVI emission norm kicks in. Toyota is in urgent need for a new model alongside the Glanza to cover up the loss of the Liva and Etios which failed to comply with the BSVI standards and other safety standards.

The name of the rebadged Vitara Brezza is not decided yet. Reflecting on the Toyota Glanza, we can expect some minor cosmetic updates that help to differentiate it from the original model. Similarly, the Toyota Vitara Brezza will be offered in limited choices of variants. To add appeal to this rebadged version of the popular Brezza, Toyota will continue offering tempting extended and standard warranty packages for the customers. Toyota has garnered considerable success applying the same strategy with the Toyota Glanza. The new hatchback has quickly become the third best-selling model in its class, ranked just after the Maruti Baleno and Hyundai Elite i20. However, its thriving status is disrupted by the arrival of Tata Altroz.

On the other hand, Maruti Vitara Brezza facelift will be launched soon after being showcased at the Auto Expo 2020. The 2020 Maruti Brezza will replace the 1.3-litre DDisS 200 4-cylinder diesel motor with a 1.5-litre K-series SHVS petrol unit. The new engine generates a maximum power of 104.7 PS and a peak torque of 138 Nm. The power will be sent to wheels by either a five-speed AMT or five-speed manual gearbox. It is likely that rebadged Toyota Brezza will carry over the same powertrain options. Under the new nameplate, Toyota’s version of the Vitara Brezza will be priced around Rs 8 lakh to Rs 10.5 lakh.