Toyota is warming up to accelerate in the race among automobile manufacturers in India. It is reported that Toyota comes up with five new models considered for the India market. All of these are Toyota’s at heart, not to mess up with the Maruti Suzuki –rebadged Toyota vehicles.

Three out of four models are expected to be Toyota C-HR, Toyota RAV4 and Toyota Highlander, according to one report. In another report, Toyota Hiace and Alphard MPVs are claimed to be included on Toyota’s plan, possible launched in one to one and a half year. Toyota C-HR, along with Toyota RAV4 and Toyota Highlander, are reported to go under consideration for India debut

It is not the first time that these MPVs are mentioned as a part of Toyota’s plan for India. In fact, the rumour about the launch of these vehicles has been around for at least five years. That’s said, this time around, we could feel positive about the debut of the Hiace and Alphard in our market. Recently, Toyota has brought its long-awaited MPVs to exhibitions to attract attention from customers. Recently, the Hiace has been spotted undergoing road test in India.

On the other hand, the Toyota C-HR and RAV4 are all underpinned by the TNGA platform (Toyota New Global Architecture). But before entering the market, the first thing to consider is the sheer high cost of this platform, compared to the India standard. To lower the cost, the only way is to localize the platform, which is unheard of until now. The CHR would enter the B-SUV segment. While the Toyota RAV4 will take on the C-segment SUVs just like the Jeep Compass.

Another SUV that will soon adopt the TNGA platform is the Toyota Highlander. This SUV is also under consideration for launch here in India. 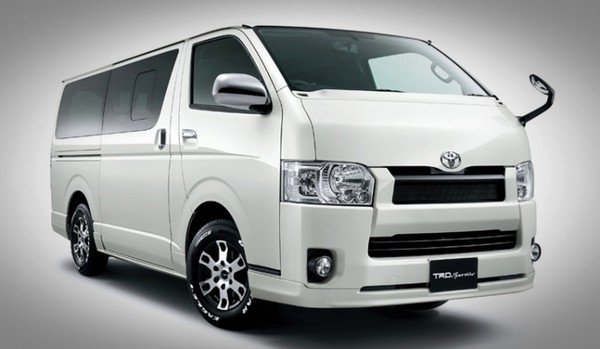 Toyota Hiace has been spotted undergoing road test in India

The recent relaxing import regulation has open more opportunities for foreign firms to develop their business in India. Specifically, the new norms allow carmaker to import non-homologated 2,500 vehicles a year. Under the new norms, carmakers could be less conscious about what vehicles to import, and potential models, regardless of the estimated low demand, will have more chance for India debut. This move has urged Toyota Kirloskar to take steps in the India market to introduce some of their unlikely vehicles in India market.