Kia has officially revealed a new digital rendering of the upcoming Sonet SUV. The all-new Kia SUV is scheduled to make its public debut on 7th August 2020 and it will go on to rival the likes of Maruti Vitara Brezza

Kia has published yet another teaser image of its upcoming sub-4-meter SUV, Sonet. The SUV is all set to make its public debut on 7th August 2020. The latest teaser image previews the aggressive front-end of the car, which looks quite similar to that of the concept model which was showcased by the automaker earlier this year at the 2020 Auto Expo. The production-spec Kia Sonet will employ ‘Tiger Nose’ grille upfront, silver-coloured faux skid plate and sporty looking bumper. Illumination duties will be done by LED headlamps with integrated LED DRLs. The side profile of the SUV will employ blacked-out pillars, all black plastic cladding, sloping roofline and bold creases.

Kia Sonet Launching On August 7, Here’s All You Should Know - Price, Features etc.

The rear fascia of the SUV will get wrap-around LED taillights, slightly raked windshield, sporty-looking spoiler with integrated stop lamp. In terms of dimensions, the upcoming Kia SUV will be 3,995 mm long, 1,770 mm wide and 1,605 mm tall. The car will have a wheelbase of 2,500 mm. Kia has already said that the all-new SUV will come loaded with a lot of segment-first features.

The official features list of the upcoming Kia Sonet is yet to be revealed, but the SUV is likely to feature a 10.25-inch touchscreen infotainment system, premium Bose sound system and Kia’s UVO in-car connectivity suit. It’ll also get features like automatic climate control ABS with EBD, an electric sunroof, brake assist, wireless charging pad, airbags, keyless entry and much more. 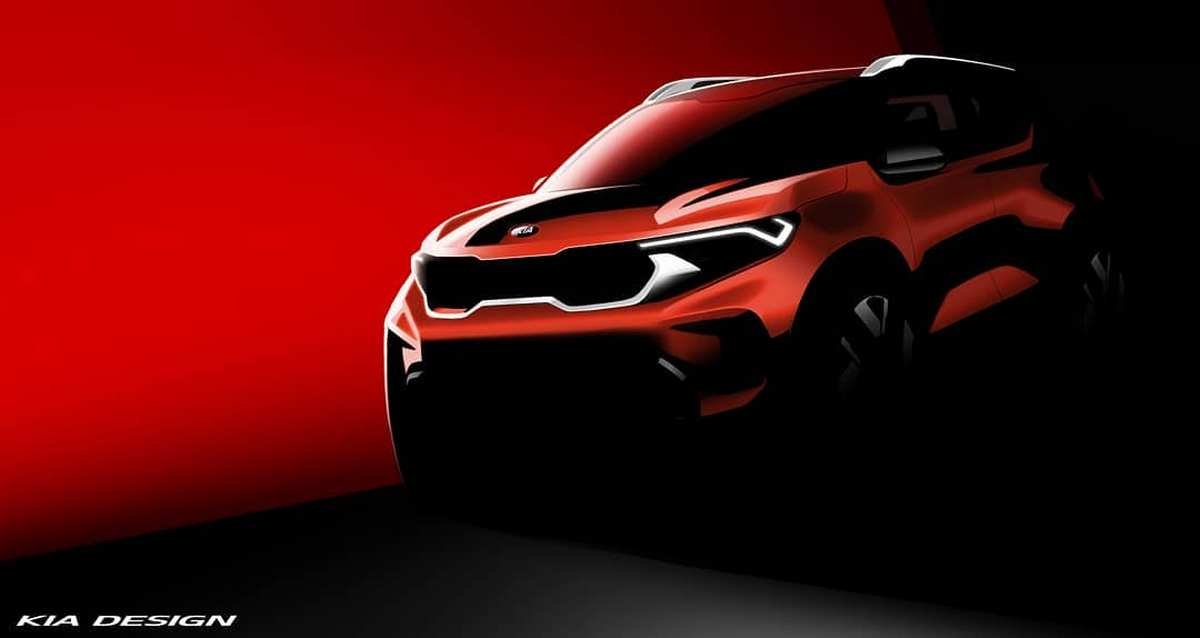 Once launched, Kia Sonet will compete with the likes of Hyundai Venue, Maruti Vitara Brezza and Tata Nexon

Hyundai Venue Gets Clutchless Manual Transmission, To Be Shared with Kia Sonet

Mechanically, it’ll derive power from a 1.2-litre naturally aspirated petrol engine that produces 82bhp of peak power and a 1.0-litre turbo petrol motor, which puts out 118bhp of power output. The all-new Kia SUV will also get propelled by a 1.5-litre diesel unit that produces 99bhp of power. The 1.2-litre petrol trim will be offered with a 5-speed MT. On the other hand, the 1.0-litre turbo petrol and 1.5-litre diesel engines will come paired with a 6-speed MT, a 7-speed DCT and an iMT will be exclusively offered with the 1.0-litre turbocharged gasoline mill. The diesel unit is also expected to be offered with an optional 6-speed torque converter automatic gearbox.