The Tata Nexon, which has been celebrated as the first home-grown car to score a 5-star rating from Global NCAP safety norms, has received a new TVC, thereby marking the first step into a new marketing campaign.

A couple of month since the Tata Nexon became the first-ever made-in-India vehicle to achieved maximum points from the Global NCAP rating, Tata Motors has just kicked off a new marketing campaign for the highly acclaimed Nexon in the Indian market. With the motto: “Tata Nexon, India’s Safest Car”, the largest home-grown carmaker has come up with the first TVC to celebrate the Nexon's high Global NCAP score.

In the past, the Nexon was awarded 4-star rating from the G-NCAP for its quite impressive safety magnitude. With an aim to maximize the best quality, Tata had conducted a major overhaul into the Nexon’s body shell and features which helps it successfully reach the superlative results in the recent test. According to the G-NCAP’s test result, the all-new Tata Nexon scored overall 16.06/17 points in the crash. Apart from the 5-star rating for adult occupant protection, the Nexon got 3-stars for child safety rating as well along with managing to pass the UN95 requirements in the side impact test. The body structure, platform performed strong rigidity while a plethora of safety kits were marked safe. The noticeable safety features incorporated in the car includes Seat Belt Reminder, full-channel Anti-lock Braking System, dual front airbags and more. Marked as a vehicle of popularity in the Indian market, the Tata Nexon undercuts the Ford Ecosport to incline to the second best-selling SUV in the country. The sub-four-metre SUV deprives the power output of two powertrain options comprising a 1.2-litre turbo 3-cylinder petrol engine making 108 bhp of max power and 170 Nm of peak torque and a 1.5-litre 4-cylinder turbo diesel motor good for 108 bhp and 260 Nm torque figures. Both two engines come married to a 6-speed manual and 6-speed automatic AMT transmission, which is the uniqueness of the Tata Nexon over other rivals in the market. 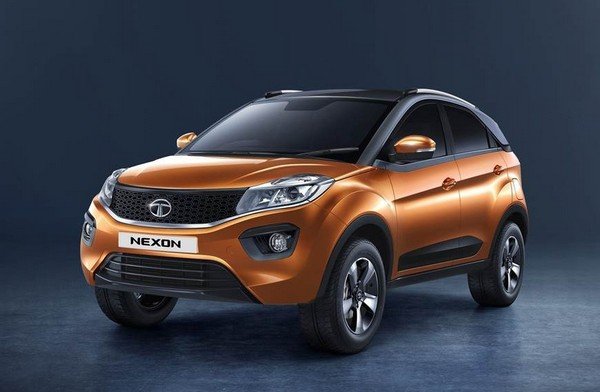 Besides a handful of features inside the cabin, the Tata Nexon offers 3 different driving modes: Eco, City and Sport, allowing the best-in-class fuel economy. A floating infotainment screen with Apple CarPlay and Android Auto compatibility is presented on the Nexon’s dash. The best-in-segment 9-speaker Harman audio system is another culmination of the Nexon’s interior. With the price starting at Rs 6.23 Lakh to Rs 10.66 Lakh (ex-showroom), the Nexon takes on the likes of Ford Ecosport, Maruti Suzuki Vitara Brezza and the forthcoming Mahindra XUV300. A high-performance JTP compact SUV is also expected to come later this year.