Volkswagen has unveiled the drop-top version of its T-Roc SUV. The Hard-top of the original model has been chopped away to make way for a soft- top, which can be retracted up or down in less than 9 seconds. The convertible-SUV will make its public debut at the 2019 Frankfurt motor show.

Volkswagen has revealed the convertible avatar of its T-Roc SUV, which will make its public debut at Frankfurt motor show 2019. The T-Roc Cabriolet is designed to cater to the ‘Wind in Hair’ feeling with practicality and affordability. 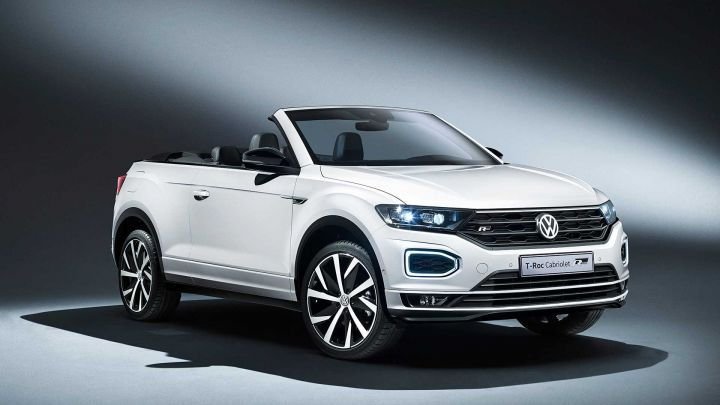 Volkswagen T-Roc Cabriolet design boasts of a soft-top that can be retracted down from the car's key fob.

T-Roc cabriolet with a loud yet appealing design professes to escort an “extrovert and emotive design” to the brand. The T-Roc Cabriolet is designed around a different body style altogether, earlier adopted by Range Rover Evoque Convertible and Nissan Murano. Based on the T-Roc mid-size SUV, which Volkswagen will unveil soon to take on the likes of Jeep Compass, the Cabriolet drop-top iteration will have a space of its own in the market.

Apart from inheriting the general design cues from the hard-top T-Roc, Cabriolet gets a completely revised body structure with an increment in overall length and wheelbase by 37mm and 34mm respectively. To strengthen and reinforces the car in a bid to score same NCAP crash test rating as the hard-top T-Roc, the Convertible’s underbody, windscreen frame, doors, and crossbar are all beefed up. 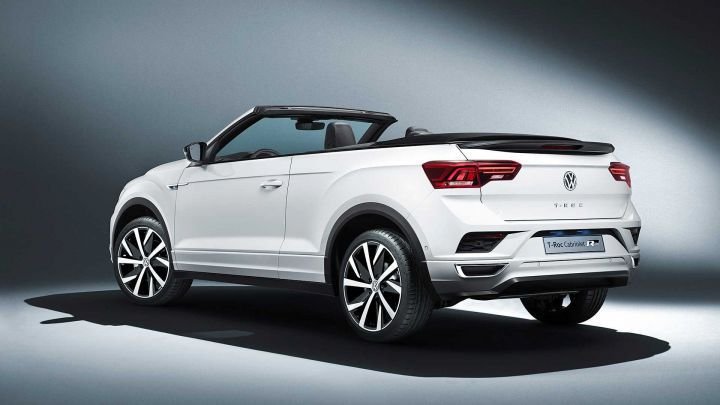 The T-Roc Cabriolet with the roof stowed down has a discrete character than the standard T-Roc.

The T-Roc Cabriolet’s roof is a soft-top unit and has been designed with special roof and door seals to insulate the cabin, well from the road, wind and tyre noise. Since the soft top is the highlight of the car; Volkswagen has kept it away from the cons of every other soft-hat car. By stowing the roof in an exposed compartment on top of the boot, Volkswagen has made the retracting option faster. Thus, the roof can be employed or deployed in under 9 seconds at speeds of less than 30 Kmph. 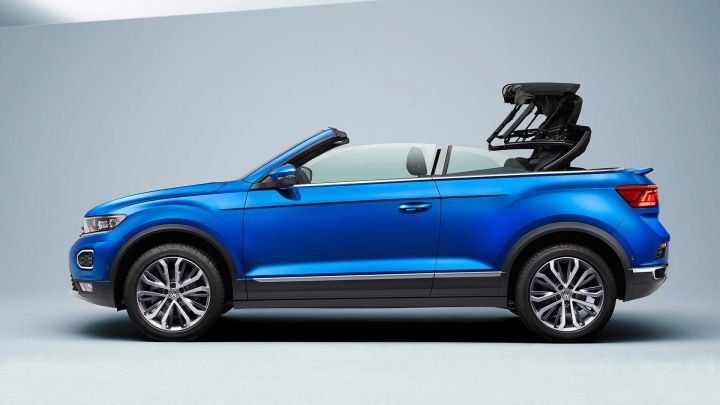 The roof can be employed and deployed in under 9 seconds, at speeds of up to 30kmph.

Volkswagen has designed the car with a note of practicality, offering ample usable space in cabin and boot. The Cabriolet can easily accommodate two 6-footers at the rear seats and can store 284 litres of cargo in the boot. The car follows a similar design suit as its hard-top sibling, but the absence of the roof gives the car a distinctive note. 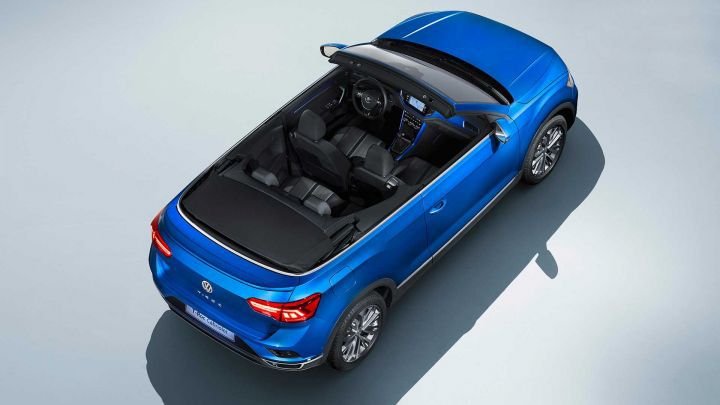 The drop-top beauty will be made available in two trims: Style and R-Line. Style, sporting conservative looks (a convertible SUV is not conservative in looks at all), while R-Line adding a bit more of sportiness and appeal to the car. There will be two engine configurations to choose from: a 1.0-litre three-cylinder turbo-petrol motor that makes 115PS or a 1.5-litre four-cylinder turbocharged petrol engine that is good for 150PS. Transmission options include a 6-speed manual and a 7-speed DSG, while we expect the R-Line to repudiate the option of a 6-speed manual box and come equipped with the fast and precise 7-speed DSG unit.

While, Volkswagen will be trying to take on the competition in the mid-size SUV segment by launching the standard hard-top version of the Volkswagen T-Roc, to take on the likes of MG Hector, Kia Seltos, Hyundai Creta and Tata Harrier. The chances of T-Roc Cabriolet are very little to be true. Though there’s hardly a possibility of T-Roc making it to Indian shores, we can expect a limited unit imports of the T-Roc Cabriolet as CBU under the government’s new 2,500 unit annual import quota.

Also Read - Volkswagen T-Roc To Launch In India This Year, T-Cross In The Pipeline.