10 Most Unusual Vehicles In India

Weird vehicles have been a common sight of India. These are the 10 most outlandish vehicles that you can find in India only.

The Indian automobile market is so enormous with a whole array of different vehicles on offer. Over the years, there are a number of wacky-looking and outlandish cars that you can see in nowhere else but India. IndianAuto compiles 10 such vehicles, some of which are essentially the favourite rides in our daily commutes.

10 Most Outlandish Vehicles In India If you have ever travelled throughout India, especially in the rural areas, you will easily spot the Tempo Hanseat on the public roads. First produced by Force Motors in the 1960s, the Tempo Hanseat has served as a good cargo and people mover in India for long. Featuring only one wheel up front and two wheels at the back, the Tempo Hanseat is powered by a 20 BHP 452cc 2-cylinder two-stroke petrol engine placed above the front wheel. If the Hindustan Trekker isn’t known to you, it is, in fact, a unique product produced by Hindustan Motors, using the spare parts of the iconic and historic Hindustan Ambassador. The Trekker is totally a special people carrier. Developed on the ladder-on-frame chassis, the Hindustan Trekker looks utilitarian with headlamps, front indicators, steering, suspension and engine sourced from the Ambassador. The Trekker has been phased out from the commercial market so these cars are rarely seen in the country now. Among the list of 10 most outlandish vehicles in India, the Sipani Badal should be the weirdest. The Badal was extremely an outlandish machine in a three-wheeler form with a fiber-glass body and an outrageous look. Built on the Reliant Robin, the famous Sipani Badal initially went on sale in the UK then entered our market in the 1970s. Powering the three-wheeler from Sipani was a 198 cc two-stroke petrol mill that delivers the power output to the rear wheels. The front wheel of the Badal gets no brakes and it was used for steering solely. If you are finding a Tata Sumo that lacks most of its sheet metal, here you are, the Tata Spacio is all what you are looking for. Considered as a pretty nice people mover, the Tata Spacio was once a common sight in the Tier II and Tier III commercial markets. Unlike the Tata Sumo that uses a 2.0-litre diesel motor, the Spacio was offered with a 3.0-litre diesel mill that also powered the Tata 407. Today, the Spacio is still being utilized by some Indian Police. 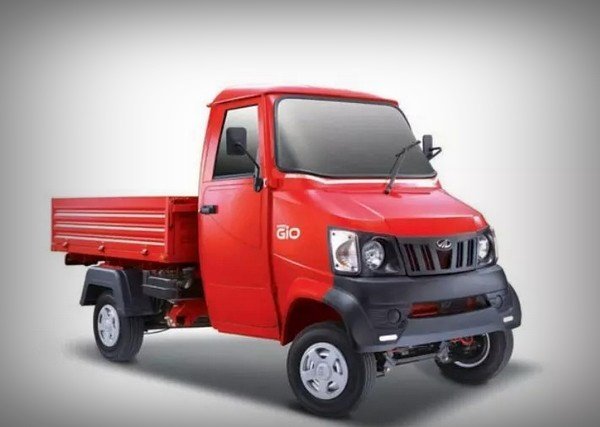 For some people, it’s the Mahindra Gio that got the quirkiest-looking silhouette, in truth. It’s an interesting commercial car used for multiple purpose. Available in either a pick-up or a 6-seater people carrier layout, the Mahindra Gio had a funny look with a “big head” combined with an unusually small boot. The Mahindra Gio is powered by a 442 cc direct-injection diesel burner that can bump out 9 BHP and 21.5 Nm of torque. This engine gets an option of a 4-speed manual transmission. Developed under the joint venture between Polaris India and Eicher Motors, the Polaris Multix has been recently discontinued in the country. The personal commercial vehicle by Polaris can be used as a goods mover, people carrier and even a generator as well. Powering the model is a 510 cc single-cylinder water-cooled engine that can churn out 9.8 BHP of max power and 27 Nm of torque. This engine comes with a 4-speed manual transmission. 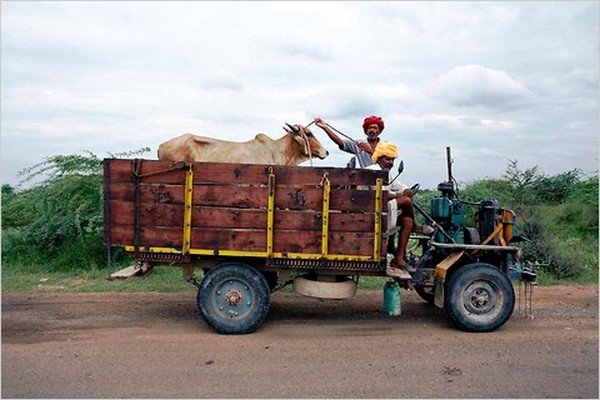 The name tells it all! The Jugaad is apparently a low-cost goods and people mover whose components are derived from various other vehicles. Known as the “Chhakda” in most parts of the country, the Jugaad has been available in the country with several iterations for quite some time and mostly runs on an old motorcycle engine. The Jugaad was used mainly in the rural areas where the affordable mobility is still far away. Interestingly, the transition to the electrifications is happening with not only the automotive world but also amongst the cycle rickshaws, to say the least. Today, these kinds of e-rickshaws have taken up the place of many cycle rickshaws in some big cities like New Delhi and become a cheap and favourite drives of many who demand a short-distance commute within the cities. These vehicles get a high-seating position and run on electricity.

Also Read - Top 10 Most Ugly Supercars Of All Time A fairly popular mean of transport in many cities of India is the Vikram. In fact, it is quite a crowd-pleasing vehicle in many places where the public transport is not available. In the six-seater layout, the Vikram makes for a cheap short-distance drive and at the same time, it is also used as a goods carrier. One should bear in mind that Vikram may come cheap but the vehicle is unsafe and driven rashly.