2 seater cars are known not only for their good-looking and sleek design but also for their high performance. Check out all the 2 seater cars available in India and their prices.

Having a 2-seater car is a dream for many car fanatics. The two-seat layout is mostly found on sports car or supercars. These cars possess remarkably powerful performance that outruns every regular car out there. Rather than being a functional vehicle, a two-seater car focuses more on performance and comfort.

Many people are fascinated by these powerful vehicles, however, not everyone can afford a performance-focused two-seater since cars of this type usually cost a fortune. Added with the taxation and so, a 2-seater car in India can even cost more than the price set by the car manufacturer. However, thanks to the government’s recent initiative to foster automobile import business, Indian customers now have better access to these costly foreign cars. As a result, the presence of these two-seater cars is growing in India. With a generous budget, buyers can pick among a couple of 2-seater car options from renown supercar brands like Lamborghinis or Ferrari. Let’s check out 2 seater car price in India with IndianAuto.

BMW Z4 is one of the cheapest two-seaters available in the Indian market. At the price bracket ranging from Rs 66 lakh to Rs 80.5 lakh, it is among a few two-seater cars that cost less than 1 crore. In the India market, the roadster is offered in two variants, the standard sDrive20i and the high-spec M40i. While the sDrive20i is powered by a 2.0-litre petrol engine with a top power output of 197 PS and 320 Nm, the M40i derives power from a more powerful 3.0-litre petrol engine that generates 340 PS and 500 Nm. Both of the engines are mated to an 8-speed automatic transmission. Features offered on the Z4 include a 10.25-inch full-digital instrument cluster, 10.25-inch touchscreen infotainment system, head-up display, Harman audio system, electrically adjustable front seats, ambient lighting, and dual-zone climate control. On the safety front, the list includes active cruise control with stop & go function, traffic sign recognition, pedestrian warning with city brake, lane departure warning system, rear parking sensors, rear cross-traffic alert, and self-parking function.

Under the 1 crore mark, the two-seater from Porsche is also a worth-considering option. Being offered as an entry-level car on Porsche’s line-up, the 718 Series is available from Rs 85.95 lakh to Rs 89.95 lakh (ex-showroom). This roadster comes in two variants, the 718 Boxster and 718 Cayman. Powering this two-seater is a 4-cylinder 2.0-litre turbocharged petrol engine. Mated to a 7-speed PDK gearbox, this engine delivers a top power of 300PS and maximum torque of 380Nm to the rear wheels. Back in 2018, Jaquar has added a new affordable version to the range of the F-Type. This affordable variant is powered by a smaller 2.0-litre turbocharged I4 engine. With the addition of this new variant, the price of this expensive two-seater is lowered to Rs 90.93 lakh. It is available in both forms, coupe and convertible. 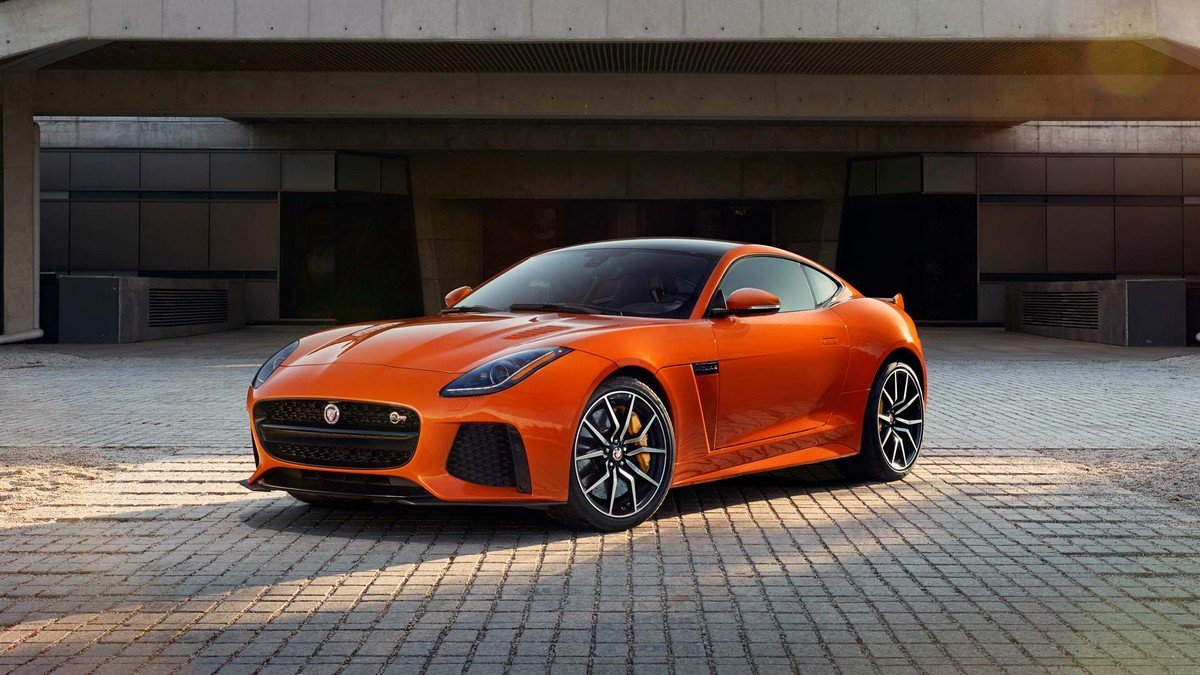 Entry-level Jaguar F-Type is available at the starting price of Rs 90.93 lakh

Apart from the new 2.0-litre engine, on the higher variants, F-Type is powered by a 5.0-litre supercharged V8 engine which delivers an impressive top power of 575 PS and 700 Nm of maximum torque. Regardless of the engine option, all variants come with an 8-speed automatic gearbox. One significant difference between the 2-litre and 5-litre version is the drive type. While the 2.0-litre variant gets a rear-wheel-drive system, the more powerful 5.0-litre version gets the all-wheel-drive system.

In 2017, Mercedes-Benz has introduced a GT Roadster and GT R to AMG portfolio in India market. The two variants share the same 4.0-litre two-turbo V8 petrol engine. However, the power outputs vary on each version. On the AMG GT R, the 4.0-litre engine is capable of making a top power of 585 PS of torque and 700 Nm of power and mated to either a 7-speed manual or a 7-speed DCT unit. On the other hand, the same engine powering the GT Roadster is detuned to unleash 476 PS and 630 Nm. This engine comes exclusively with a 7-speed dual-clutch gearbox only. Both of the variants run on a rear-wheel-drive system. 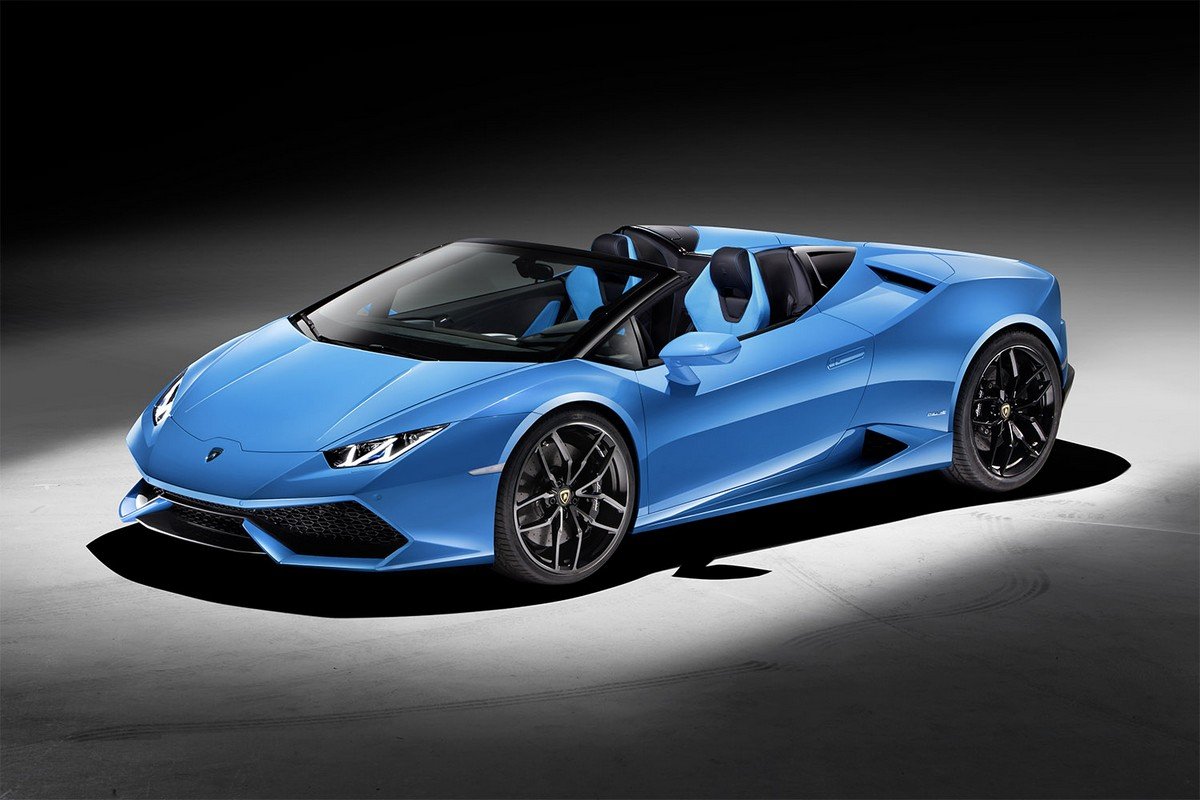 Lamborghini Huracan is available in both coupe and roadster form

The Huracan is available in six variants with the prices starting from Rs 2.99 crore to Rs 3.97 crore. This two-seater is available in both coupe and roadster form. All variant comes with the same engine of a 5.2-litre naturally aspirated V10 engine. The engine output varies, depending on the variant. The range-topping Performante variant is the most powerful on the range with the top power of 640PS of power and maximum torque of 600Nm.

Next on the list is another car from the famous Italian supercar brand, the Lamborghini Aventador. It is currently available in three variants in our market, namely S, S Roadster and SVJ. All three variants are powered by the same 6.5-litre V12 engine; however, each variant will receive a different state of tune. On the base Aventador S, this engine can pull out a top power of 690 PS and 690 Nm. At the 2017 Geneva Motor Show, Ferrari has introduced the 812 Superfast the successor of the F12berlinetta. This supercar is available in one single variant which is priced at Rs 5.2 Crore. This front-engined GT is powered by the mighty 6.5-litre naturally V12 petrol engine which generates 800 PS of power and 718 Nm of torque. The power is delivered to the rear wheels via a 7-speed dual-clutch transmission. With such a powerful engine, the Ferrari 812 Superfast can propel from standstill to 100 kmph in 2.9 seconds and 200 kmph in 7.9 seconds.