2019 Renault Kwid Facelift - All You Need to Know

The Renault Kwid facelift was launched yesterday at a price of INR 2.83 lakh (ex-showroom, Delhi). Let’s discover all the details about this new hatchback.

Since its launch in India in 2015, over three lakh units of the Renault Kwid have been sold in the country. The facelifted Renault Kwid has been just been launched yesterday. Its sporty and energetic appearance, cutting-edge features, many of which are segment-leading ones and new motor technologies are expected to help the hatchback increase its competitiveness against its rivals like the Datsun Redi-Go, Maruti Alto, Maruti Alto K10 and the Maruti S-Presso which was launched just one day before the new Kwid. Now, let’s come to our 2019 Renault Kwid facelift review to tell you all that you should know about the new hatchback from the French auto manufacturer.

The new Renault Kwid is developed with a view to being an outstanding hatchback with new attractive exterior which highlights the vehicle’s well-known SUV-ish look. Along with a two-tone cabin, this hatchback becomes a really a style icon inside out. 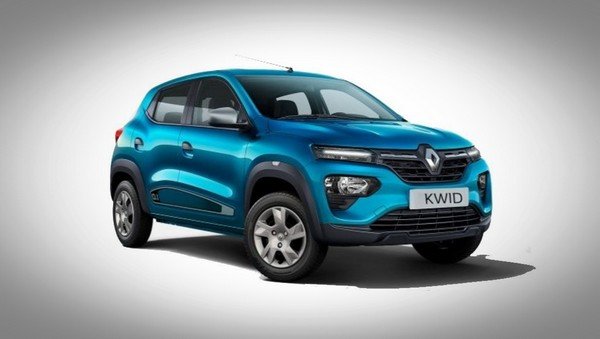 The Renault Kwid facelift comes with an appealing SUV-ish design

The Renault Kwid facelift comes with a stunning front with a newly designed chrome grille. It also has a split headlight system with the main unit located on the bumper and the grille integrating into the silver DRLs. The boomerang-shaped sculpted roof gets roof rails and is integrated with a roof spoiler. Other outstanding features on the side profile consist of two-tone ORVMs, decals, wheel arch claddings, 14-inch multi-spoke volcano grey rims. In the rear, the taillights come with C-shaped LED light guides. Moreover, SUV skid plates are also available. Particularly, the Kwid Climber variant is also equipped with projector headlamps, roof rails, side cladding and orange inserts on the skid plates.

Command Attention In The All New #RenaultKWID

The new Renault Kwid comes with a dual-tone cabin, which is harmonious with the redesigned steering wheel. A dual-tone dashboard and chrome inserts all over the cabin give the vehicle a premium feel.

The new Kwid’s new-gen technologies will overcome all boundaries and make your driving experience more comfortable than ever before. Specifically, it is equipped with a fully digital instrument cluster with LED lightening. An 8-inch Medianav Evolution touchscreen infotainment unit which supports ApplerCarPlay and Android Auto compatibility connectivity is one of the segment-first features to be equipped on the Kwid. Another striking alteration against the outgoing version in the AMT model is the position of the drive-shift knob, which has now been moved to the centre console instead of the dashboard. 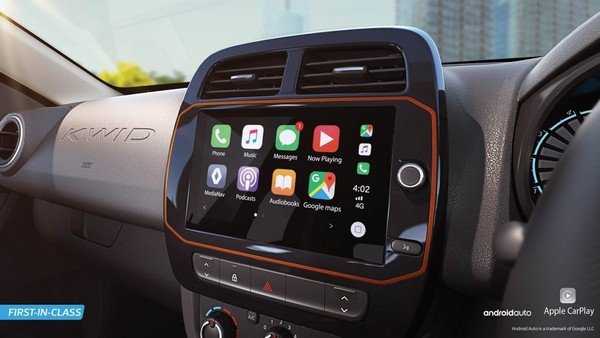 The 8-inch touchscreen infotainment system of the new Kwid is one of its segment-first features.

The new Kwid is packed with a wide range of new features which provide unequalled comfort for all of the occupants. It gets an ergo smart cabin, spacious cargo space and rear armrest. The air conditioning vents have also been redesigned to look chunkier. Moreover, a fast USB charger and mobile phone storage are also available to add to the convenience provided by the new Kwid. The upholsteries have also been updated with two options for you to choose from: sporty orange-and-white fabric seat coverings with striped decorations or premium crossway fabric seat coverings with a red outline. The seat coverings offered by the new Renault Kwid are the first-in-class units.

The new Renault Kwid has experienced a breakthrough in terms of safety since now it is totally compliant with the side crash and the forthcoming pedestrian crash standards. The new vehicle is also equipped with a wide array of safety features which include driver-side airbag and optional front passenger airbag, ABS with EBD, front seatbelt reminder, high-speed warning, speed sensing auto door lock, rear-view camera and segment-leading rear parking sensors. 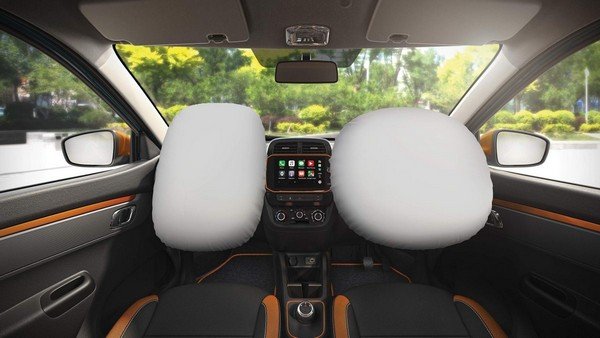 The high-spec variants of the Renault Kwid are equipped with dual front airbags. The boot space of the new Kwid is the best in the segment.

The Smart Control Efficiency engine technology of the new Kwid which provides accurate air-to-fuel ratio monitoring enhances the performance and fuel efficiency of the vehicle to the fullest. Renault also equips its new hatchback with a calibrated suspension system for an optimum drive.

The motor options include a powerful 1.0-litre 3-cyl gasoline burner and a fuel-efficient 0.8-litre 3-cyl petrol unit. While the former can deliver 67 HP against 91 Nm and is mated to a 5-speed MT unit or an AMT, the latter can generate 54 HP against 72 Nm and is coupled with only a 5-speed MT.

In terms of the fuel mileage, the facelited Renault Kwid has experienced an improvement in all of its versions. However, a clear disadvantage of the new Kwid in comparison with the Maruti S-Presso, one of its major rivals, is that both of the former’s petrol motors do not conform to the upcoming BS-VI emission standards while the 1.0-litre unit of the latter does.

The new Renault Kwid prices range from INR 2.83 lakh to INR 4.84 lakh with eight variants. Refer to the table below for a detailed price list of the Renault Kwid facelift.

The facelifted Renault Kwid is offered with a four-year/100,000 kilometres warranty, consisting of two years/50,000 standard warranty and another two year/50,000 kilometres complimentary lengthened warranty. Moreover, a 24x7 roadside assistance is also being offered by the French automaker free of charge. Above is our 2019 Renault Kwid facelift review. After reading about this affordable, well-equipped hatchback with numerous attractive offerings, have you been persuaded to go straight to a Renault dealer and purchase one? Please share your answer with us in the comment section below.