Check out this beautiful digital rendering of a Suzuki Jimny Sierra imagined as a new-age Maruti Gypsy King.

Indian Auto enthusiasts are waiting in anticipation of the Suzuki Jimny’s launch in India. Slated to be introduced as the next-generation Maruti Gypsy, the new car will be different from the one that is currently available in the international markets. The difference with the global model, however, is not the topic of discussion here. Instead, we’ll be focusing on the similarities that the new model can have compared to the original Gypsy.

The video above shows a rendering of a Suzuki Jimny mk4 digitally re-imagined as the new-age Maruti Gypsy King. The rendering is created by Shoeb R. Kalania’s YouTube channel, SRK Designs. The video begins with a stock photograph of a current-generation Jimny. The artist then proceeds to sketch some additional details. The car is stretched-out by a significant margin. The rear overhang, which was negligent in the original, is elongated. The roof then follows suit, with a slight slant rising towards the rear. The quarter glass is also stretched to match the rest of the car, and gets a sliding mechanism to allow the window to open. The wheelbase is slightly longer, and you get a tail-mounted spare wheel, just like the original. 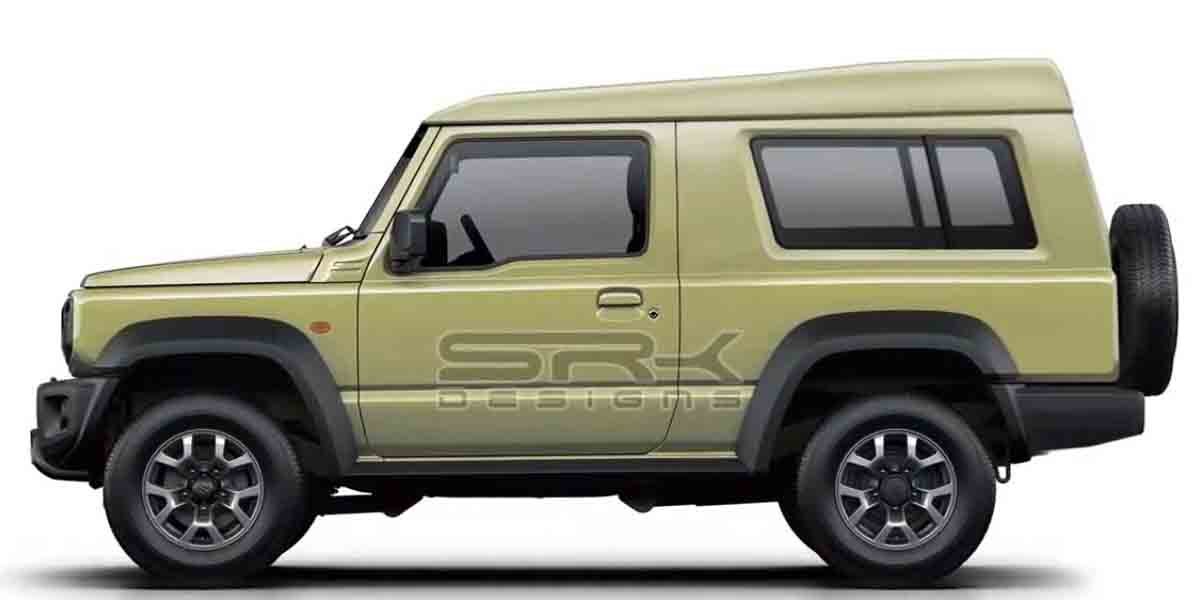 In the end, a few final touches are added to the car. The paint is changed from bright green to faded green. Just like the original Gypsy King, this one has a two-door design. While we’re extremely impressed with this digital version of the Jimny and want it to be available here, this is not the approach Maruti would like to take. As such, even though this is a brilliant looking concept, we won’t be seeing this on the roads.

There are two models of the Jimny sold in Japan. There is the regular Jimny, which is powered by a 660cc petrol engine and complies to the ‘Kei’ car regulations. The other, known as Jimny Sierra, is powered by a 1.5-litre petrol motor. A 5-speed manual transmission is available as standard, while a 4-speed torque converter automatic. The Jimny that will make its way to India is expected to be a four-door long-wheelbase version of the latter.