What is the Global NCAP Safety Rating?

Global New Car Assessment Program or Global NCAP is a safety rating program built to promote the application of UN’s safety standards for vehicles across the globe. In India, Global NCAP first attracted attention from Indian audience at the Delhi Motor Show 2014 where it conducted safety testing on 5 Indian cars including Tata Nano, Maruti Alto 800, Hyundai i10, Ford Figo and Volkswagen Polo. All of these cars had failed miserably at the test with zero-star rating, which ringed alarm to Indian buyers about car safety. After the startling beginning, the Global NCAP has expanded test across other popular models in the market at that time such as Renault Kwid, Celerio, Mahindra Scorpio but none of them can score higher than the zero rating.

Global NCAP has initiated the #SaferCarsForIndia campaign in order to raise the public awareness and demand automobile industry to enhance vehicle safety. Fast forward to the present, the automobile industry has paid more attention to improving safety technologies. However, only a few can really mark a substantial enhancement. Over 35 cars from 26 car brands tested in India, there are still a huge number of 19 cars receiving the upsetting zero score. Only 3 Indian cars by far can get the highest score at the Global NCAP test, including Tata Nexon, Tata Altroz and Mahindra XUV300.

Tata Nexon is competing in the hottest space in the market, the compact SUV segment. After making the history of becoming the first India car to receive full star rating in GNCAP standard, the Nexon has earned an edge over other competitors in its class. It is worth mentioning that the SUV is entirely engineered in India, which is a positive note for our automobile industry. At the Global NCAP test, the Nexon has scored 16.06 points out of 17 points in terms of adult protection, which is equal to five-star rating. As for child safety, the SUV gets three stars with 25/49 points. The overall safety rating is five-star, making it the first Indian car to achieve this.

Tata Nexon is available with various advanced features as follow:

Following the footstep of its predecessor, Tata Altroz is the second car in India to gain 5-star rating at Global NCAP, making Tata the only car manufacturer in our market to get 2 full-star safety-rating cars. It is also the only hatchback in the market to get maximum Global NCAP rating. Similarly to the Nexon, the Altroz is proudly engineered in India. As per Tata’s report, the Altroz receive five-star and three-star rating for adult occupant and child occupant protection respectively. 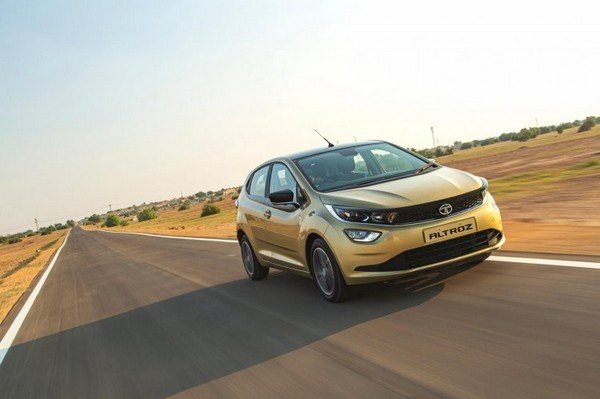 The XUV300 is the latest car to entre the 5-star Global NCAP safety rating line-up. It is also the first car from the homegrown carmaker to reach this level of vehicle safety.

Mahindra XUV300 achieves the highest combined score at the Global NCAP test. It receives five stars for adult protection. What makes this SUV distinctive from the other two vehicles is its four-star rating for child occupant protection. In addition to the full rating, this SUV also wins the Safer Choice Award as the recognition of its excellent safety protection. To be eligible for the award, the car must meet certain standards. It must attain full star adult protection rating and a minimum four-star rating for child occupant safety. Additionally, it should provide features like ESC (electronic stability control) as standard or offer it as an add-on. Complying Pedestrian Protection standard is also a must.

On the base variant, Mahindra XUV300 is offered with dual front airbags, ABS, cornering braking control, ISOFIX child seat mounts and more. On higher variants, the XUV300 is available with some safety features as following:

Apart from the 3 full-star rating vehicles, there are also some other cars that receive four-star rating like Tata Tigor, Tata Tiago, Mahindra Marazzo, Maruti Brezza and Honda City.