7 Used Luxury Cars In India That Are Highly Affordable

This article is going to provide you with a list of 7 used luxury cars in India that you can buy with a much lesser amount of money than their initial prices.

The Indian used car market is developing at a magical speed. The moment a new car is driven from the showroom, it loses a little value. The value of a used car depends on various factors such as the brand, the model popularity, the spare parts’ cost and their availability and conditions. After years of use, some used cars still manage to maintain a good price; however, less lucky ones lose much of their values. Below, we have collected a list of seven used cars which you can afford with only a fraction of their original price. We have ordered the car list from the lowest resale price to the highest one for your convenience of reading.

Also read - What car brands have the best resale price in India?

The latest-gen Honda Accord was previously one of the most popular sedans with the Indian auto buyers. It has been priced extremely high and become a competitor against base-level sedans from luxury automakers. Luckily enough, the second-hand Honda Accord can be bought with only a fraction of its introductory cost, at about Rs 2 lakh. 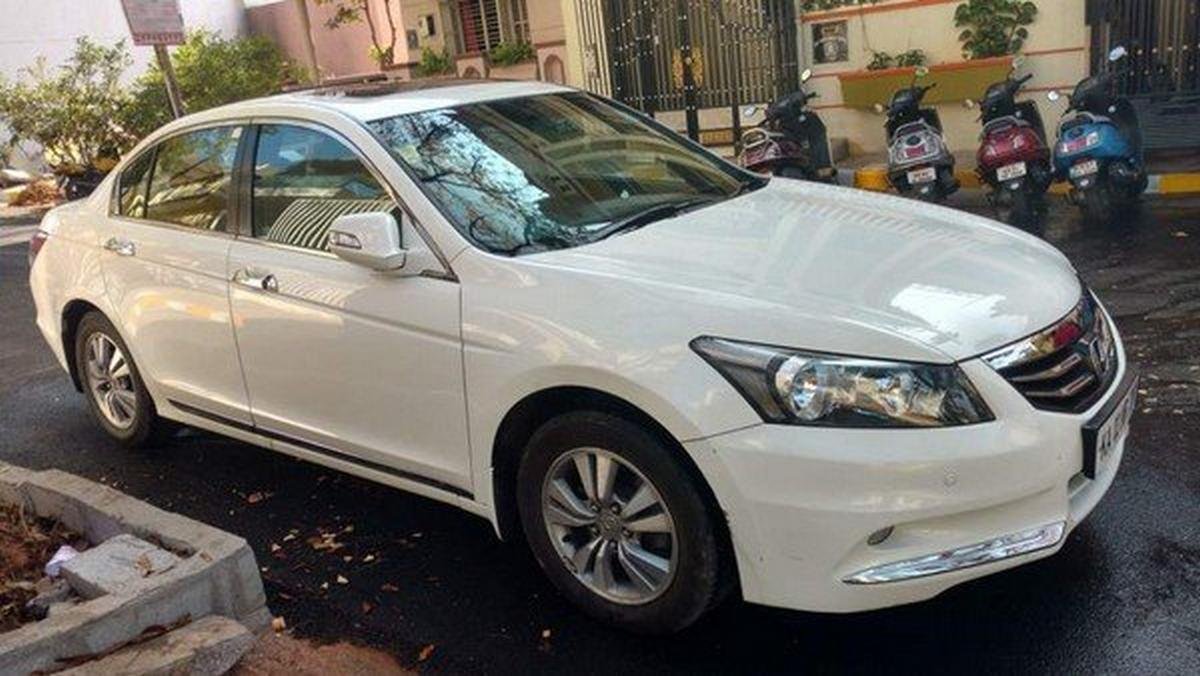 Honda Accord has the lowest resale price in the list

The Toyota Corolla Altis has a current base price of Rs 16.27 lakh (ex-showroom, New Delhi), but you can purchase an earlier version from a second-hand market for only Rs 2 lakh. The first-gen Corolla Altis does not appear to be as sharp as the newest version, but it still has some consistent qualities of the vehicle such as the extreme reliability with a waterproof covering, a cosy cabin and a powerful 1.8L petrol motor. Being a convenient and well-equipped sedan, the Toyota Camry is now on sale with a base ex-showroom price of Rs 29.75 lakh. The last-gen Camry compensates for the lack of a hybrid powertrain with an array of good characteristics like a spacious and comfortable cabin, a powerful engine and reliability with the last one being a well-known quality of Toyota cars. The second-hand Toyota Camry is priced at Rs 2.5 lakh, which is even lower than a Renault Kwid. A used model might be not as fuel economic and easy to handle as the new version but a Toyota Camry for just Rs 2.5 lakh is such a good deal. You can buy a used Toyota Camry at just Rs 2.5 lakh

The tenth-gen Honda Civic is soon to be launched in India. The eighth-gen version, nevertheless, still manages to be popular with the Indian auto buyers with its polishing design, high-quality ride and handling as well as good reliability. A 2010 Honda Civic, which is kept in a good condition costs you just Rs 3 lakh, which is an excellent saving in comparison with the amount you would have to pay for the next-gen model which is going to be launched by the end of February. Previously being the entry-level sedan in the luxury carmaker's portfolio in India until the introduction of the Mercedes CLA-Class in 2014, the C-Class has a current starting price of Rs 40.20 lakh (ex-showroom, pan-India), which seems to be beyond the reach of many Indian auto buyers. Luckily enough, now you can purchase many old versions of this vehicle at only Rs 5 lakh in the second-hand market. Well-known as one of the most comfortable sedans in India, the latest model of the BMW 7-Series is priced at Rs 1.2 crore (ex-showroom, pan-India) for the base variant. A used vintage 2008 - 2009 BMW 7-Series can be afforded with only Rs 10 lakh. BMW cars are famous for their well-built quality and can be maintained in good condition for a long time, so buying a 10-year-old model at a lower price might be a good idea in such a price-conscious market like India. Another representative from Toyota which should be included in this list is the Toyota Land Cruiser Prado. Widely known as the more reasonably-priced version of the powerful Land Cruiser, the Prado is, of course, not a low-priced vehicle. At present, it is priced at Rs 92.60 lakh, which is even more than the base variant of the Audi Q7. Surprisingly, many outgoing models of the Land Cruiser Prado can be bought with a lower cost than a new Hyundai Creta. Only with Rs 12 lakh, you can bring home a Land Cruiser Prado, but only a used model. Above is the list of the seven used cars in India which you can buy with an amount of money which is much lower than its original price. We hope that this list would help you own a reliable, well-maintained car with a limited budget. However, it is totally up to you whether to choose a new car or a used car.

After reading the article, have you chosen for yourself any of these vehicles? If the answer is yes, please share with us in the comment section below. If the answer is no, don’t worry. We know that buying your travelling partner, which is as important as buying your house, is never an easy process. Therefore, consider everything carefully before making the final decision.

>>> How to keep a high resale price for your car?