41 0
India’s first Rolls Royce Cullinan was spotted for the first time. This car belongs to the most powerful and richest family in India – the Ambani.

The members of the Ambani clan are serious luxury car collectors. India’s richest family has an extravagant collection of expensive cars. Each item can cost you an arm and a leg. The Ambani family owns cars from almost every established luxury car brand in the world, from popular BMW, Mercedes-Benz, Land Rover, to the more exclusive brands like and Rolls Royce and Bentley. Some jaw-dropping names on the list include Bentley Bentayga W12, Lamborghini Urus, and Bentley Bentayga V8. That being said, these supercars spend most of their time in Ambani’s garage than roads. A couple of months ago, it was reported that Indian’s richest family has just recruited a new member from the world-famous marque Rolls Royce for their extravagant car collection. It is Rolls Royce's first-ever SUV - the Cullinan. This is possibly the first one of its kind to embark on the Indian shore. However, just like other particularly luxury cars on the Ambani’s collection, ever since the purchase, it barely leaves the garage. It wasn’t seen on public roads until recently when Anant Ambani was spotted sitting on the co-pilot seat of the Rolls Royce Cullinan.

Launched last year, the Rolls Royce Cullinan seems to have become a favourite toy among the world’s richest people. Even though bearing a costly price tag, the new SUV model from the British car brand is sold like hot cake. It is increasingly popular in the world of the rich. What the rich loves most is exclusiveness and what they hate most is anything of the opposite. For that reason, Rolls Royce is offering various customization packages on the Cullinan. The SUV of the Ambani is also customized to become a unique entity. This Cullinan is given a special exterior paint. Under the city light, it is hard to tell the exact shade of the car. However, it appears to feature a light brown colour. From the pictures, we cannot tell if this Rolls Royce is customized on the side. 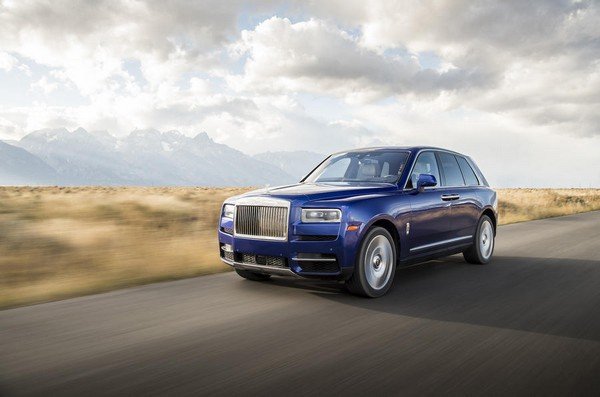 Currently, this car costs a whopping Rs 6.95 crore, ex-showroom price. The on-road price can soar up to Rs 8 crore. Moreover, customization options can add a hefty amount of money to the already sky-high price tag.  At this price point, this car is among the most expensive SUVs in the world.

Rolls Royce Cullinan is powered by a 6.8-litre twin-turbocharged V12 petrol engine which develops a massive maximum power of 560 Nm and a peak torque of 850 Nm. This motor is paired with a standard 8-speed manual gearbox. Besides offering an ultimately luxurious driving experience, the Cullinan is also designed to be a competent off-road car. It comes with a standard 4WD system. Featuring some off-road-enhancing functions like bird's eye view angle, the car can illustrate an impressive off-roading capacity in rough road conditions, even though it is hard to think if anyone can take a fancy car like Rolls Royce Cullinan on an off-road journey.