Being an iconic vehicle in Indian history, the Hindustan Ambassador is known as ‘the King of Indian roads’. This article is going to provide you with a list of the most impressive Ambassador cars modified across the country

The Hindustan Ambassador was produced near Kolkata, West Bengal and near Chennai in Tamil Nadu. In 1992, the vehicle was exported to the British auto market under the tag of ‘Fullbore Mark 10’. With a view to conforming to the European safety regulations, seat belts and a heating system were introduced to the car. The Ambassador is still used by many Indian ministers as their daily vehicle. The vehicle is also well-known for its modification potentialities. In this article, we have compiled five of the most impressive Ambassador cars modified.

One of the most well-known Ambassador cars modified in India is the DC Ambierod, which is designed by Dilip Chhabria Design Studio. DC has been the king of customized cars in country, thanks to their futuristic and extravagant cars which are made from common ones. This modified Ambassador is a powerhouse car which presents top-notch futuristic styling concept and a V12 motor. The DC Ambierod last made its debut at the 2018 AutoExpo. However, whether this vehicle will make it to a production model remains unknown. Another Ambassador car modified also comes from DC. Being the daily vehicle of Indian politicians for many years, the HM Ambassador has got a new age auto version. The DC VIP Amby borrows the silhouette from the iconic Ambassador with modern headlights, wide DC grille, fog lights and LED taillights. The interior of the vehicle is packed with upmarket seat coverings and a wooden framework which has sufficient space for the co-passengers to relax when travelling. 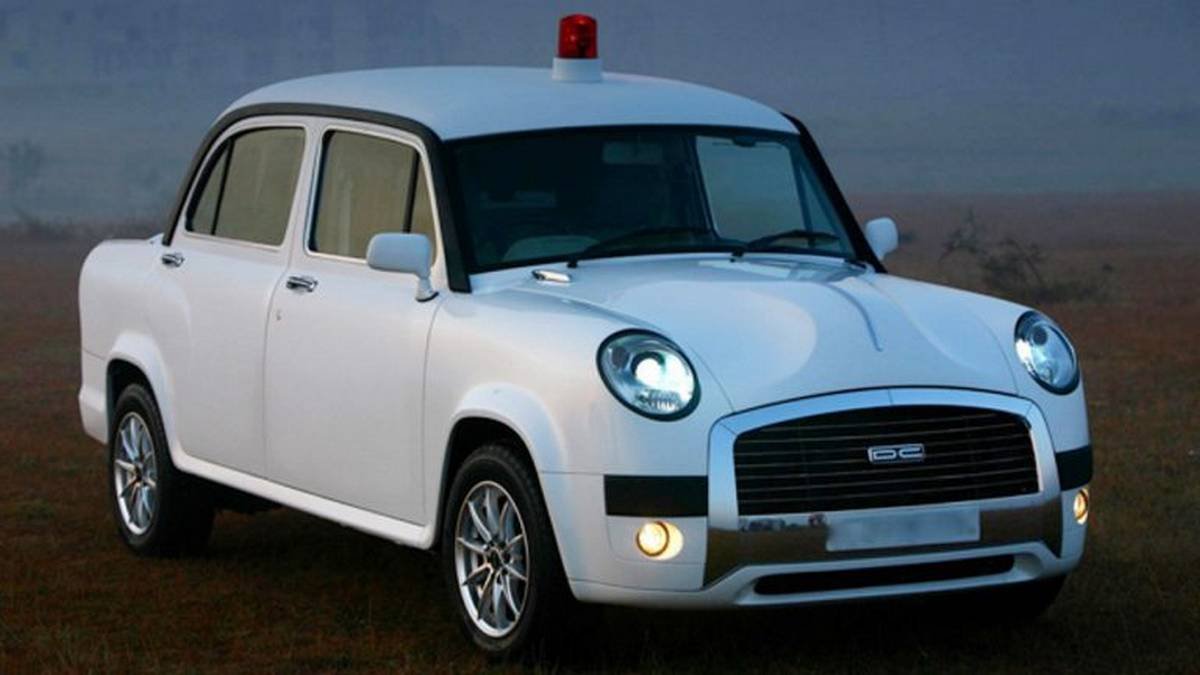 Modified by Shibu Sunny John, this modified Ambassador car receives its power from a 2.0-litre oil burner, which served as the power source for this vehicle in its golden age. This modified Ambassador runs on new 15-inch rims which cover larger and lower profile tyres. In the exterior, the vehicle comes with custom LED headlights with LED DRLs. The metallic paint on this car gives it a unique overall stance. Even the interior has got an overhaul with such features as leather seat coverings and a new dashboard with faux wood. This impressive Ambassador modified car is developed by Ceramic Pro Calicut and has been customized to suit regular use for today. This Ambassador comes with a power steering and a music system which supports Bluetooth connectivity. Other upgrades consist of a new metallic green paint scheme, leather seat coverings and multi-spoke alloy rims. 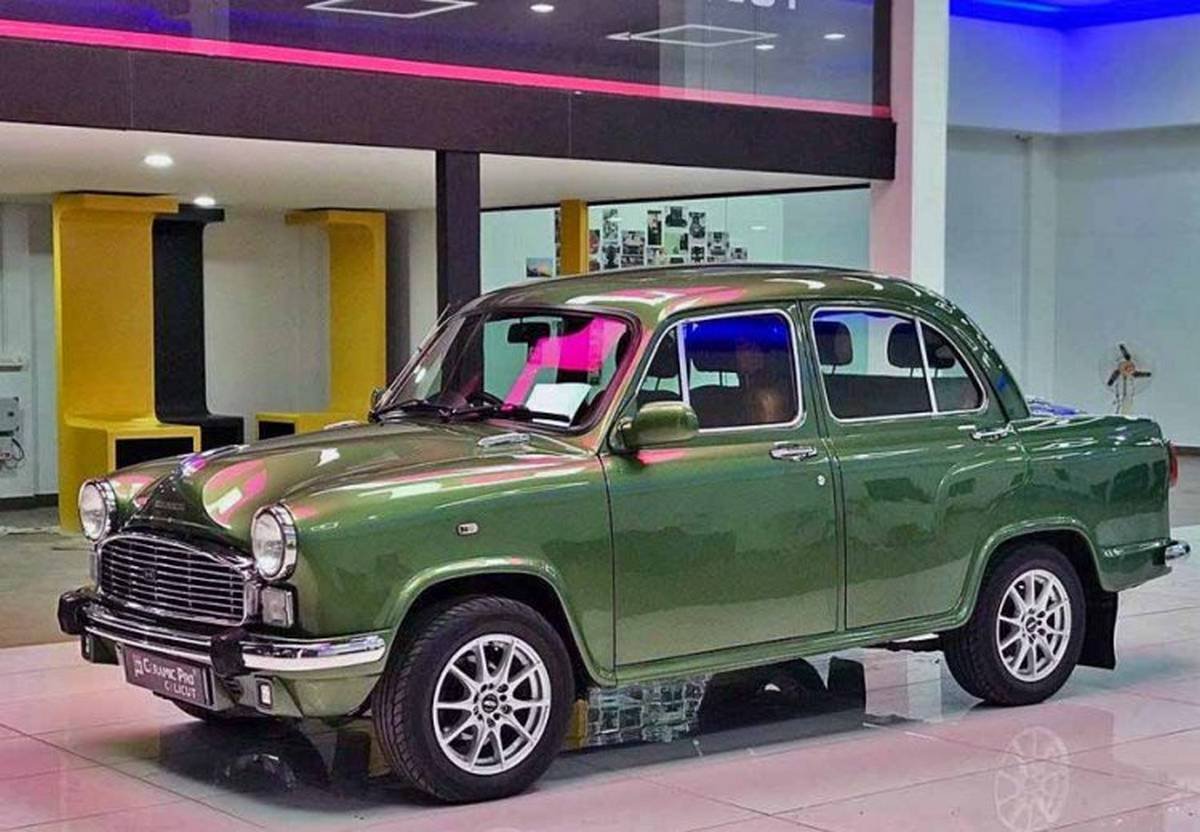 This Ambassador modified car from Karnataka looks much more stunning than the normal version, thanks to some upgrades. In the front, LED headlights make the car fresher. Moreover, the original chrome bumper and the turn indicators have been removed whereas the stock horizontal-slat grille has given way to a wide mesh arrangement. On the side profile, the car lacks rearview mirrors; the steel rims have been replaced by 5-spoke alloy rims covering lower profile rubber tyres. This is another Ambassador modified car which has been restored to become a daily vehicle. Coming from Kerala, besides a brilliant wine-red paint scheme, this vehicle comes with multi-spoke alloy rims, internally adjustable rearview mirrors, an always-on rearview camera and a touchscreen infotainment system. The HM Ambassador modified car from KitUp is another impressive example of Ambassador cars modified in India. Coming with an attractive matte paint scheme with black steel wheels, this modified car also gets a chrome cover on all over its body. Nevertheless, with a view to maintaining the originality in the design, the stock grille and the headlights have been maintained. As regards the interior, the modified vehicle comes with a tan dashboard and steering wheel along with tan leather seat coverings. This customized Ambassador from KW MotorSports gets a beautiful red paint scheme. Based on the 1994 Nissan Sylvia, this Ambassador receives its power from a 2.0-litre turbo gasoline burner with Garret turbo, intercooler and Nismo exhaust system. This Ambassador is like a race vehicle. This car also features a new package of axles and suspensions. The interior of the car gets an overall red paint scheme to make it become harmonious with the exterior.

Above is a list of five most impressive HM Ambassador modified cars. Which one impresses you the most? Do not hesitate to write to us to share your feelings.

Not just the Ambassador, but even the Contessa has been often gone under the scalpel of some car customizers. Here are two examples of modified HM Contessa from across the country - This modified HM Ambassador from Moster is one of the most thoroughly customized examples which are available up to date. Named ‘Grey Hound’, it comes with a matte grey base colour scheme, a new grille, LED headlights and taillights, flared wheel arches, a ducktail rear spoiler and leather seat coverings.