To satisfy the growing demand for reasonably-priced automatic cars in India, automakers have produced cars with an AMT option under Rs 5 lakh.

The traffic in Indian cities is getting worse every day, which inevitably leads to the fact that more and more people desire for an annoyance-free driving experience. The recent trend of auto buyers preferring automatic vehicles is an evidence of this fact. Realizing the marvellous opportunity, many carmakers have developed cars with an automated manual transmission (AMT) at an affordable price. This article is going to provide you with a list of automatic cars under Rs 5 lakh.

Although the Tata Nano production has been ceased, the remaining models are still being sold by dealers across the country as India’s most affordable hatchback. This vehicle is powered by a 0.6L petrol engine which can churn out  38PS of max power and 51Nm of peak torque. The transmission duties are undertaken by both a manual gearbox (for the base variants) and an AMT unit (for top-spec ones). While the manual Nano delivers a mileage of  23.9kmpl, the figure for the automatic version is 21.9kmpl. The two AMT variants of the Tata Nano, Nano XMA and Nano XTA are priced at Rs 3.04 lakh and Rs 3.23 lakh (ex-showroom, Delhi), respectively.

At such a low cost, the features equipped on this vehicle are limited to the most basic ones. On the exterior, it comes with front fog lights, adjustable headlights, rear spoiler, etc. In the cabin, we can find such features as air conditioner, electronic multi-tripmeter, driver information display, fabric seat coverings and two glove boxes. Safety features include child safety locks, rear seatbelts and front impact beams but disappointedly, lack airbags and ABS with EBD, etc.

The Tata Nano is ideal for people who are on a tight budget and looking for an AT car with only basic features. 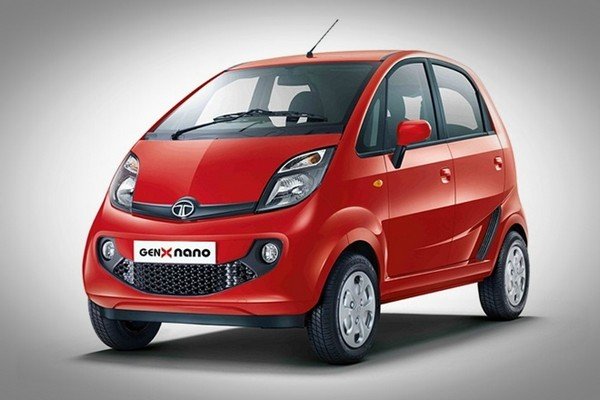 While the MT Redi-GO is powered by both a 0.8L and 1.0L petrol engine, the AMT variants come with only the latter.  The 1.0L petrol motor delivers 68PS against 91Nm and an impressive mileage of 22.5kmpl in both of the manual and AMT version. The two AMT variants of the Datsun Redi-GO which are available in the Indian auto market are Redi-GO T and Redi-GO S, which cost Rs 3.81 lakh and Rs 3.96 lakh (ex-showroom, Delhi), respectively.

Being a hatchback, the vehicle looks pretty nice with generous dimensions, which helps it stand out on the road. You are certain to be surprised by the feature list that the Datsun Redi-Go offers. On the outside, it is packed with adjustable projector headlamps, chrome grille, manually adjusted exterior rearview mirror, wheel covers, power antenna, etc. The cabin features an all-black colour scheme and is equipped with  features such as power steering, drive computer, an audio system which supports Bluetooth connectivity, power windows in the front, driver side airbag and keyless entry. Positioned slightly above the two first aforementioned vehicles is the AMT Renault Kwid, which shares the platform with the Datsun Redi-GO. The power provision duties are also undertaken by the two motors: a 0.8L and a 1.0L petrol motor. While the former can produce 54PS/72Nm, the latter is good for 68PS/91Nm. The Kwid AMT churns out a more impressive mileage of 24.04kmpl than the Datsun Redi-GO. Like its counterpart, only the 1.0L is mated to an AT unit. The Kwid Climber, a cosmetically updated variant of the Kwid also gets an AT option, which helps this vehicle become the only one in this list that offers three under Rs-5-lakh variants with an AMT unit. These three variants are Kwid RXL AMT, Kwid 1.0 RXT AMT and Kwid Climber AMT, which cost Rs 3.88 lakh, Rs 4.34 lakh, and Rs 4.59 lakh, respectively.

In terms of features, this car is a good value of money with not only an attractive appearance but also a top-notch cabin. Its exterior design takes the inspiration from an SUV, which lends it a glamorous road presence. Its great dimensions with a long wheelbase translate into an spacious cabin in its class. Its interior is a level up in comparison with the previous cars in terms of both the design and the features. A full LCD speedometer console, a touchscreen infotainment system, an armrest in the rear for the first time appear in a hatchback at such price. This is the most affordable automatic automobile in Maruti’s lineup. Having recently established a record of 35 lakh sales in India, the Maruti Alto K10 is also equipped with an AMT unit on its 1.0L K10 motor. This engine can deliver 68PS of max power and 90Nm of peak torque and is mated to a 5-speed MT gearbox or an AMT gearbox. The AMT gearbox is only available on the AGS Alto K10 VXI AGS variant, which costs Rs 4.20 lakh. The hatchback returns a fuel efficiency of 24.07kmpl on both of its MT and AT variants.

This facelifted model looks fresher and more appealing than the previous models. However, it seems to lose in the competition with its rivals in terms of both the exterior and the interior. On the outside, it lacks such features as front fog lights, body-coloured outside mirrors, side moulding and keyless entry. The cabin is also not as modern as the other cars. To make matters worse, the AMT gear stick takes up too much space, which leads to the absence of storage space in this vehicle. 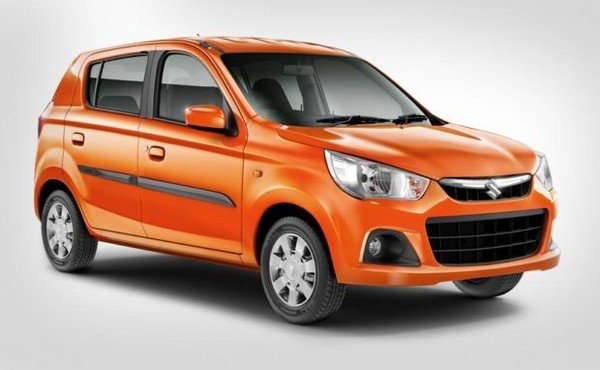 Another representative from Tata Motors which should be included in this list is the Tiago, which has witnessed good sales over months. The AMT option availability is a compelling reason for you to buy this vehicle. The Tiago comes with an AMT unit in two variants: XTA and XZA, only the former should be included in this list with a price of Rs 4.86 lakh (ex-showroom, Delhi). Both the XTA AMT and the XZA AMT are powered by only a 1.2L petrol motor which can produce a max power output of 85PS/114Nm with a 23.84kmpl fuel efficiency.

The Tata Tiago’s design is the result of the cooperation between Tata’s designers and foreign ones, from the Italia and the UK. Needless to say, Tata’s exterior and interior design can be considered a breakthrough in comparison with the previous Tata models. With an innovative appearance, the AMT Tata Tiago looks simple and neat and should be highly evaluated for its solid structure. Coming into the cabin, you will be impressed by the long list of interior features that the hatch offers, including AC with heaters, tachometer, adjustable steering column, fabric seat coverings, height adjustable driver’s seat, etc. The Tiago comes with an AMT unit in two variants: XTA and XZA

The Maruti Wagon R has consistently appeared in the top 5 top-selling automobiles in India. In order to meet the increasing demand for affordable cars with AT unit, the Maruti Suzuki added the AMT unit to this vehicle in 2016. While the AMT gearbox is offered on three variants, Wagon R AMT VXI , Wagon R AMT VXI+  and Wagon R AMT VXI+(O), only the VXI variant is priced at Rs 4.91 lakh (ex-showroom, Delhi), under Rs 5 lakh. The Wagon R AMT is powered by a 1L petrol motor which delivers 68PS against 90Nm. When driving with an AMT in use, the claimed fuel efficiency can be up to 20.51 kmpl.

The Maruti Wagon R is equipped with some features over the previous hatchbacks such as roof rail, chrome garnish, rear window defogger, wiper and washer on the exterior. However, the interior and the safety features witness no considerable improvements in comparison with the aforementioned rivals. 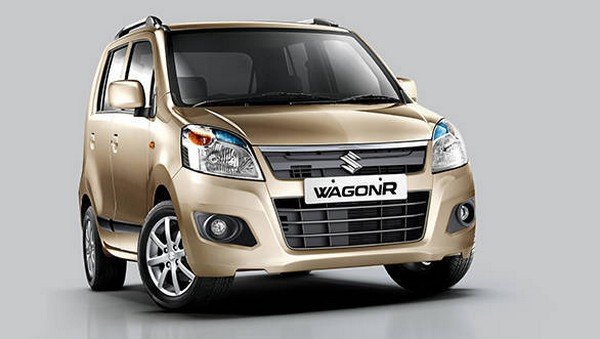 Another representative from Maruti is the Maruti Celerio. Firstly, we need to remind you that this vehicle is available with an AMT option in three variants, VXI, ZXI and the ZXI(O), all of which are priced over Rs 5 lakh with only the first one being just slightly over this price mark, at Rs 5.01 lakh. However, we have decided to include it in the list because it is the first vehicle to get an AMT tech in India and to provide another option for those who are interested. It is powered by a 1L petrol engine which can produce 68PS/90Nm with a fuel economy of 23.1kmpl with the combination of the 5-speed AMT gearbox.

To deserve the higher price, the safety features of the Maruti Celerio witnesses a major improvement compared with its rivals, including driver airbags and side front passenger airbags, ABS, crash sensor, engine check alert, etc. Above is a list of seven hatchbacks in India with six of them being priced under Rs 5 lakh and only one just slightly over this price mark. Hope that this article can help you choose an automatic vehicle which most suits you. Have you found your favourite one in the list? Share with us in the comment section below.