The Indian automarket is a very price sensitive market, with fuel economy figures a primary factor when buying a new car. With fuel prices on the rise and BS VI regulations kicking in, it has become a difficult task for cars to reach the same figures as before, even if the Indian auto market revolves around the development of fuel-efficient vehicles, but many automakers have managed to maintain a portfolio or new and existing models of BS VI cars with even better mileage. Let’s have a look at the top 10 BS VI petrol cars with the best fuel economy figures. The Hyundai Grand i10 Nios is available with a 1.2-litre petrol engine and can be mated with both manual and automatic transmissions. The i10 Nios is an excellent all-round car with a spacious cabin that assures buyers great value for money. Prices for the Grand i10 Nios petrol start from Rs 5.05 lakh and goes upto 7.67 lakh, ex-showroom, Delhi. The ARAI-rated mileage figures of the i10 Nios are -

The BS VI Maruti Ignis was launched at the 2020 Indian Auto Expo. The updated model comes with a 1.2-litre petrol engine which makes 83PS/113Nm of peak power and torque numbers and is available with both manual and AMT gearbox options. The 2020 Ignis delivers ARAI-rated mileage figures of -

Maruti’s Swift is the company’s best selling hatchback, and the current third generation Swift comes with a 1.2-litre petrol engine making 83PS/113Nm of peak power and torque numbers, with options of manual and automatic transmissions available. Prices for the Maruti Swift range from Rs 5.19 lakh-8.02 lakh. The hatchback has impressive economy figures, with the ARAI-rated mileage being - 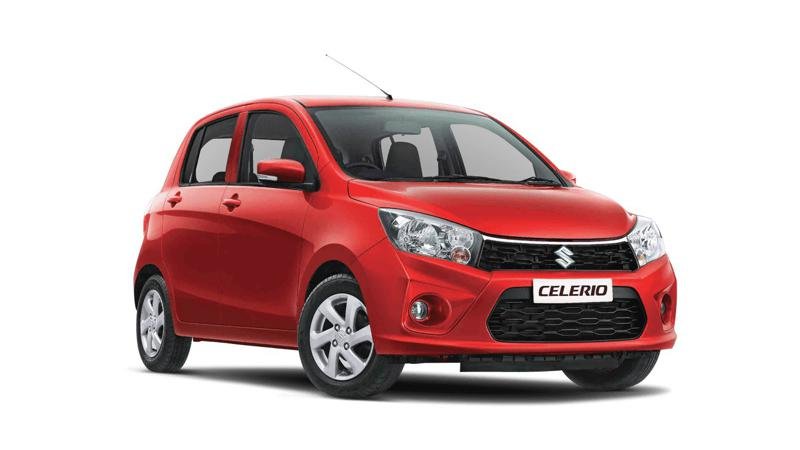 The Maruti Suzuki Celerio comes with a BS VI compliant 1.0 liter petrol engine that churns out 68PS/ 90Nm of max power and torque. The hatchback is now priced between Rs 4.41 and 5.58 lakh, while the Celerio X range is priced between Rs 4.90-5.67 lakh (ex-showroom, Delhi). The Celerio achieves ARAI mileage figures of-

Maruti’s micro SUV that is the S-presso  comes with the same BS VI complaint 1.0 Litre petrol engine as the Celerio and the car is available with both manual and AMT gearbox options. Prices for the BS VI Maruti S-Presso range between Rs 3.71 lakh to Rs 4.99 lakh (ex-showroom, Delhi). ARAI-rated mileage figures for the S-presso are -

The venerable Maruti Suzuki Wagon R has existed in the Indian market for close to 20 years now. The BS VI Wagon R comes with two engine options, a 1.0-litre engine delivering 67PS/90Nm of peak power and torque figures, while the bigger 1.2-litre engine produces 81PS/113Nm of max power and torque and both engines can be had with a manual or AMT gearbox. The 1.0-litre also comes with the option of a factory fitted cng kit. Prices for the BS VI start at Rs 4.45 lakh and go up to Rs 5.95 lakh (ex-showroom, Delhi). ARAI-certified mileage figures for the Wagon R are Maruti’s smallest and most affordable car is powered by a tiny 0.8-litre BS VI petrol which makes 48PS. While the Maruti Alto 800 feels spartan and is tight in space for tall occupants, the low-cost maintenance, good reliability and low pricing has made it one of the highest-selling entry-level hatchback in both the new and used car market. Prices for BS VI Alto petrol costs between Rs 2.95-3.90 lakh (ex-showroom, Delhi). There’s a CNG variant of Alto on offer, priced between Rs 4.33-4.36 lakh (ex-showroom, Delhi). Mileage figures of the Alto as per ARAI are -

The Renault Kwid was the success the French automaker after a faltering start in the Indian auto market. The updated BS VI Kwid comes with either a 0.8-litre petrol which makes 54PS/74Nm of max power and torque or you can choose the 1.0-litre petrol which churns out 68PS/91Nm of max figures. Prices for the Renault Kwid range between Rs 2.92-5.01 lakh (ex-showroom, Delhi). It is the third most fuel-efficient petrol car in India with ARAI mileage figures of - 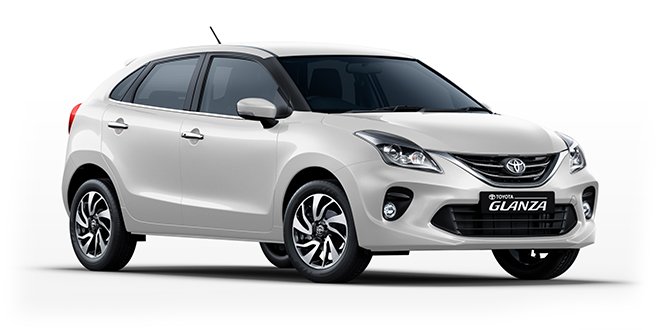 The Toyota Glanza mild-hybrid comes with a 1.2-litre engines that is integrated to a 12V lithium-ion battery that adds start/stop and energy recovering functionalities, along with a very mild power assist. The Glanza mild-hybrid is priced at Rs 7.22 lakh and it is the second most fuel-efficient car with ARAI-rated figures of -

The Maruti Dzire is one of the most consistent figures in the best-sellers list every month, out-selling the likes of the Honda Amaze, Ford Aspire, Hyundai Aura and Tata Tigor. The BS VI Dzire gets an updated 1.2-litre petrol engine which makes 7PS than before, now churning figures of 83PS/113Nm of peak power and torque. The sedan is priced between Rs 5.89 and 8.81 lakh (ex-showroom, Delhi) and manages fuel-efficiency figures as rated by ARAI of -