When you’re buying a new car in India, the suspension is one of the most important factors to consider.  Our country’s road conditions are not what you call driver-friendly, like speed bumps and potholes making numerous appearances on pretty much every corner and street. While most auto-manufacturers prioritize the all-important fuel economy figures in the Indian market, the suspension usually takes a back seat during marketing the vehicle. But all’s not lost though, as a handful of car manufacturers focus on the suspension for their vehicles. If you’re on the market to buy a new car, here are some options which offer really good suspension systems. The suspension combines tires, springs, shock absorbers, and tire pressure that connects a car to its wheels and regulates the motion between them. You can only feel the difference between a good suspension and a bad one when you’re driving or riding in the vehicle. A vehicle with good suspension will give you a smooth experience and last longer as well, with the springs and shock absorbers soaking the bumps and jerks with more composure and reduce the bump to be felt across the vehicle. Testing the suspension becomes even more important when you’re buying a used car, as you won’t notice it with just a visual and stationary check. As the Indian auto market recovers from a slump due to the Covid-19 pandemic, it can become quite a stretch to pick the vehicle with the best suspension without doing some proper research. In a bid to help you in choosing a car with good suspension easier, we have come with a list of the best suspension cars available in India currently.

We have the latest generation Maruti Wagon R first, and its new HEARTECT platform gives it balanced dynamics and better high-speed stability even with the vehicle’s tallboy proportions. The suspension is tuned more towards comfort, which means the Wagon R easily swallows most of the surface irregularities. The Wagon R also offers great reliability, practical packaging, and affordable pricing.

The Maruti Baleno is the top-seller in the B2-segment hatchback in India. While it’s starting to show its age a bit with newer rivals launching, it still is a great choice if ride comfort is a priority. The Baleno offers a matured ride quality despite being a hatchback and because of this, it manages to easily keep passengers comfortable over long drives. You also get other positives like a large cabin, easy maintenance, and good fuel economy.

Hyundai’s new Grand i10 Nios one of the best all-round hatchbacks in the B-1 segment and its great ride quality is a great selling factor. But since it is a very softly sprung car, it disappoints the driver when it comes to handly. The Grand i10 Nios is a feature-packed car and offers a spacious cabin, plus you can buy it with both petrol or diesel engine options.

One of the reasons why the Maruti Dzire is the highest-selling in India is the decent ride quality it offers. Based on the HEARTECT platform, the Dzire offers good high-speed stability which is useful when the driver is doing some spirited driving. The car also comes with a spacious cabin, low maintenance, and an economical engine.

The Maruti Ciaz is the most comfortable sedan in the segment, offering a spacious cabin paired with great suspension settings. It offers a frugal petrol engine which also delivers a reasonably punchy performance, and along with its low maintenance costs, is a very competitive rival to the Hyundai Verna and Honda City.

The Toyota Fortuner has one of the suspension setups in the Indian auto market, offering a plush ride quality, and coupled with its torquey engines, it keeps occupants feel fresh over long drives. No wonder it is the most popular premium SUV in the market, and also has one of the lowest depreciation numbers in the market.

The Maruti Vitara Brezza has been somewhat forgotten as newer rivals like the Hyundai Venue and Kia Sonet entered the market. But, you should consider it as a serious option when buying as it is the most comfortable car in the segment, its sorted suspension swallowing potholes whole while managing to keep high-speed stability as well. You also get Maruti’s renowned easy maintenance, spacious cabin, and a very neutral visual design.

The Hyundai Creta is the runaway leader in the compact SUV segment as it offers a multitude of engine options and a comfortable ride that doesn’t tire out the occupant over long distances. Coupled with a spacious cabin and packed to the gills with features on the top-end model, it’s a no-brainer choice in the segment. The Ford Endeavour is a great vehicle but is overshadowed by the sales juggernaut that is the Toyota Fortuner. Its well-tuned suspension offers a better balance of ride and handling compared to its arch-rival. It also is a bit bigger than the Fortuner, giving it an even better road presence, and also has good off-roading prowess along with a feature-packed cabin with loads of creature comforts and important safety features. Another Toyota, and another car that is impervious to depreciation, the Innova Crysta redefined the MPV market in India when it launched. Currently, in its second generation, the Innova offers a very plush ride quality, which paired with powerful engines and unreliable reliability, makes it one of the most stress-free cars you can own.

“Can suspension be customized?’ is one of the most common questions by new buyers, the answer to which is yes, but you need to know that there are a lot of variables that go into the customization of a car’s suspension. Suspension settings will differ based on the type of vehicle, the type of terrain it is intended to be used on, and the speed of the vehicle it can reach. If you’ve ever driven a car or know the basics of one, you would have heard the terms “soft suspension” and “hard suspension”, but what do they mean exactly? In simple terms, it means the height at which the springs are set.

The soft suspension setup is usually used for slow drives on relatively good roads, the springs are adjusted to be taller so even the smallest bumps are absorbed gradually and make sure the passengers don’t feel anything. But, if the car faces a bad road or big bumps, then the ensuing vibrations are easily transmitted throughout the car.

The hard suspension is the complete opposite of soft suspension, the springs are adjusted to be shorted which in turn lowers the centre of gravity of the car. Most high-performance cars are stiffly sprung to give them more agile handling, better grip, more feel through the car, and high-speed stability.

In India, you usually get two types of suspension setups, Independent and Non-Independent. But what is the exact difference between the two? 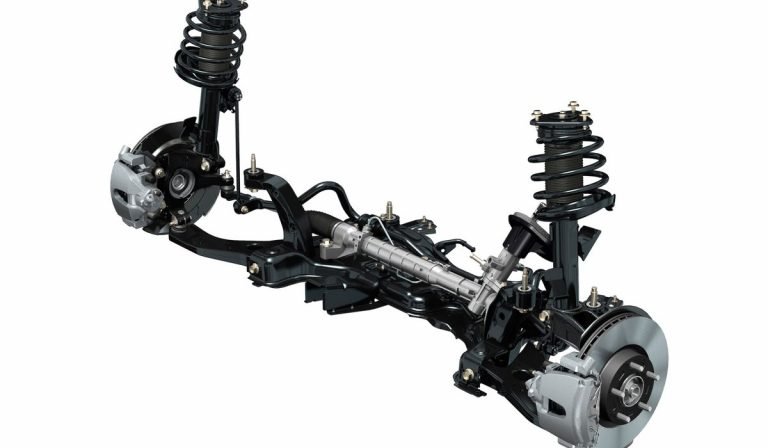 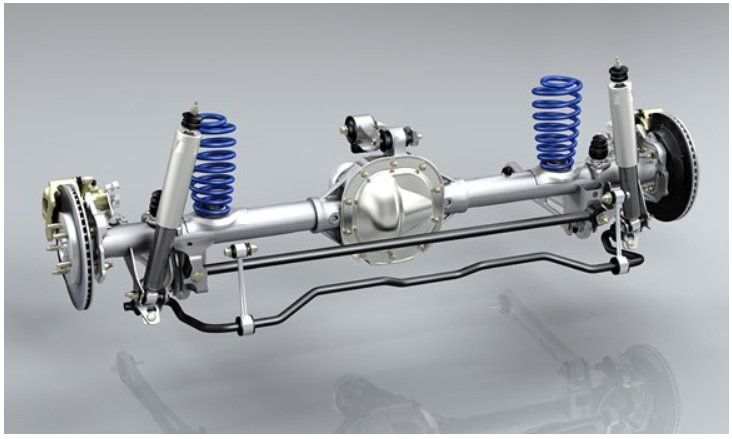