Biggest Scandals Of The Automotive History

12 0
Like the showbiz, the automotive industry also has a number of scandals that will leave a bold mark in the auto lovers fraternity over time.

Bad news has wings. Customers always pay great attention to how they are tricked by the automotive companies. As for millions of gearheads all around the world, there’s nothing faster than the conversation about allegations of a car company’s frauds, cover-up and criminal negligence. It is the fact that all automakers are businesses who are making great attempts to enlarge their profits and cut down on the operating costs. This may happen over the customers’ benefits and even leads to catastrophic results.

Scandals have been a part of the automotive industry. From the diesel emission scandal of Volkswagen to the dismissal of the Nissan’s Chairman emerged recently, let’s take look at the biggest automotive scandals of all time.

The Chrysler Airflow which was introduced in the global market 1934, was recognized as the most aerodynamic and advanced vehicle and made a great impact on the automotive situation at that time. In that context, the Chrysler Airflow offered the quintessential design that made it stand out from the crowd. General Motors which had been the automotive giant at that time was so furious that they claimed in the Saturday Evening Post that Chrysler had plagiarized its top design secret (which never revealed) and pledged a danger on the roads.

In response to GM’s smear campaign, Chrysler rolled out an amazing film to show the top-notch suspension of the Airflow along with its safety glass, a capability to roll over and drive off a 33-metre cliff and drive away without even a shattered window.

The Airflow pioneered in using made-of-all-steel body structure while virtually all other cars used wood. The structure offered the Airflow’s drivers and passengers with the best safety for the most dangerous accidents.

However, GM was successful without facing any repercussions and the ground-breaking Chrysler Airflow was ceased to the production in 1937.

First revealed in 1948, the Tucker 48 rode a whole new public’s interest thanks to the imposing seductive styling and cutting-edge safety features as well as the excellent fundraising scheme by Preston Tucker who was the company’s chairman and founder. He initiated a massive national campaign to advertise his futuristic vehicle and travelled all around the US to appeal for investment, even sold the car components for the production while it had not yet been built. However, the money he could raise was just enough for the lighting system of his factory in Chicago. 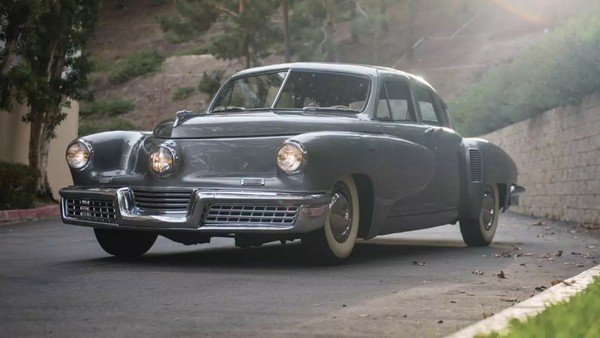 Tucker initially drew a positive prospect for its futuristic Tucker 48

The prospect of his car was good. The advanced safety features such as reinforced safety body cell, shatterproof windshield, airbags and the centre headlight with the front-wheel drive of the Tucker 48 are brilliant; however, the business practices of Tucker were unsure. In fact, the company was nearly broke right from the start and it was delayed from operation when the Government got involved in the investigation. Tucker and his management board were indicted for fraud and the company was shut down right away.

Only 51 vehicles had been built before the close of the Tucker factory but it’s interesting that the Tucker 48’s rarity and high profile make it become one of the most dreamed classic cars around the world. Last year, Tucker48 was positioned at the imaginable price of $1,567,500 by RM Sotheby. 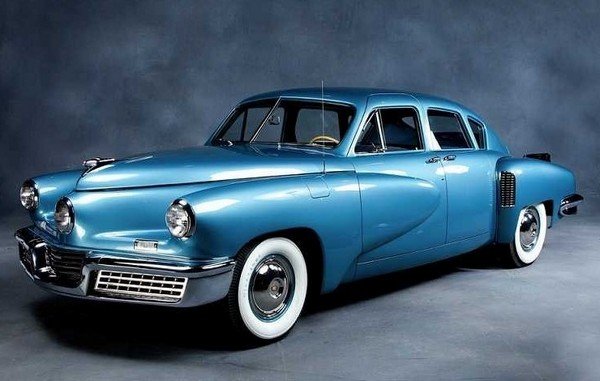 It’s been the most noticeable scandal of the automotive industry that the Chevrolet engine of the US carmaker, General Motor was defected to cause the deadly chain reaction. A report had been sent to the National Highway Traffic and Safety Administration (NHTSA) while 172 other reports of failed engine mounts along with 63 accident cases and 18 related injuries had been sent to General Motors before but all were kept in secret. 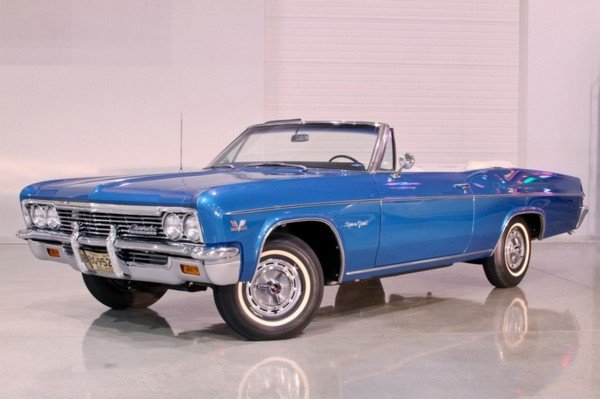 Instead of fixing the problem, both the corporation and the NHTSA were quiet during three years before publicizing the issue. The full-size version of the full-size 1965 to 1969 Chevys offered the engine mount that could collapse at speed and torque the engine out of the right position and speed up unintendedly. After being exposed on the media, GM launched a massive 6.5-million car recall to fix the flaw.

The Ford Pinto was first launched in 1971 to compete over the rising tide of imports that had dominated the entry-level market during that time. The car achieved a certain success with the sales figure of more than 325,000 units after the first year on the production line but it’s so disappointing that the Finto holds a deadly error and Ford all knew about that flaw. The Finto’s flaw was on its read-end collision that the fuel tank could be broken and punctured by the fuel filler neck that could easily lead to the fuel leaked to the passenger compartment and catching fire. In 1977, the Mother Jones magazine revealed the Pinto’s case and that the American company knew all about this fatal problem but ignored it due to the high expenses of fixing. It could be profitable but it’s immoral. Nearly 900 people had died owing to the flaw. Ford recalled 1.5 million Pintos to fix the problem after the severe public criticism in 1978.

Another biggest scandal of Ford portfolio is its transmission defect that resulted in hundreds of cases of injuries or deaths. And it’s the Mother Jones magazine again who brought the problem to the light. They published another report about the transmission slippage issue on Ford cars produced from 1966 to 1980 which had been aware by the carmaker for more than a decade but instead of paying $0.03 per car to fix the flaw, the automaker decided to pay $20 million to victims and their families in silence. After discovered that this transmission defect had caused 777 accidents making 259 injured people and 23 fatalities, NHTSA issued an order for the carmaker to recall 23 million Ford cars to fix the problem that could drive the company to the edge of bankruptcy. To avoid the dilemma, Ford pleaded poverty to Reagan administration and compromised to send out 23 million stickers to Ford owners to stick on the dashboard in order to remind them to focus on setting the gear selector lever fully-engaged in Park or fully engage the parking brake before turning off the car.

It was a clever method of Ford to avoid the largest recall in the history which would not only cost a terrible amount of money but also the company’s prestige. Nevertheless, the result was not really effective. It was reported that the number of fatalities due to Ford’s deadly transmission had increased to 77 by 1984.

The world-renowned luxury carmaker, Audi was distressed by the bad news occurred on the media which made the company almost blown out of the automotive industry about 35 years ago. In specifically, in the late 1980s, Audi released a new sport sedan named Audi 5000 with attractive styling design, marked its first step into the premium luxury automobile segment. Unfortunately, a TV show-CBS’s 60 minutes shown a programme criticising the 5000’s unintended acceleration which largely affected the company’s image on November 23, 1986. 60 Minutes showed the running trial video of the vehicle on TV to prove the sudden dangerous acceleration of the Audi 5000 but viewers could not realize that the car had been modified by the TV crews. Although this program was proved to be scripted 30 years later, Audi had suffered from severe damage with the sharp decrease in its selling number from 75,000 units in 1985 to 12,000 cars in 1991.

Ford Explorer with Firestone Tyres caused the car to be overset

Ford contributed another well-known case on the biggest scandal list with the oversetting disaster of the Ford Explorer. The SUV was rolled out in 1990 and made a great achievement in the US market. The Ford Explorer utilized the Firestone tyres whose brand had been the preferred partner of Ford for almost a century. Yet, a series of rollover accidents occurred and when the NHTSA asked about the cause of the Ford Explorer's disaster, they blamed on each other. About 100 deaths were recorded worldwide because of this flaw and Firestone and Ford had to recall 6.5 million and 13 million tyres, respectively due to getting high tread separation rates. This scandal also led the partnership between Ford and Firestone to come to an end after 100 years.

>>> Read More: What to do when you get into a car accident in India