Car Gets Captured Between A Herd Of Elephants, Check Out What Happens Next [Video]

18 0
The car gets surrounded by a herd of elephants, which eventually starts running behind the car, which somehow ended good. Though, this does not happens all the time.

India is a country with rich bio-diversity and very high human population. With ever-expanding cityscapes and road network, human-wildlife encounters are increasingly becoming quite common in the country. One such incident was recently recorded on the camera when a car was caught in between a herd of elephants while traversing the road to Aliyar dam. The dam is located amidst the dense Aalliyar forest reserve in the state of Tamil Nadu and the road passes through the forest’s dense green canopy. 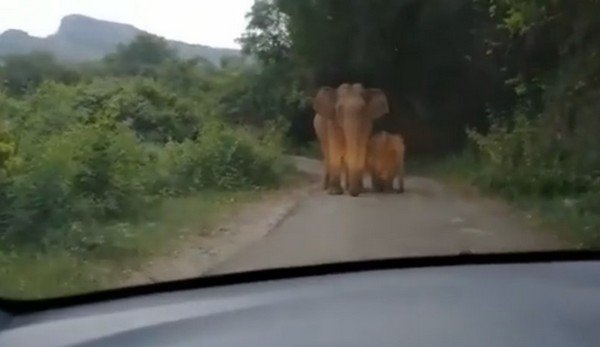 Also Read - What Happens When A Tourist-Filled Maruti Gypsy Gets Attacked By An Elephant?

As can be seen in the video, the car was traversing the forest road, and a herd of elephants crosses the road. As the car passes by them, the elephants panicked and started hurling behind the car. It is only when the camera faces the road ahead; the reason for this panicking behaviour of elephant is understood. As there was a cow crossing road with its calf, and the herd was actually following them. The car was stuck between the herd of elephants running behind it on one side while the cow and her calf on another.

The elephant cow sensed the oncoming car and stopped in the middle, blocking the road. While the driver slowed down the vehicle, moving with a mundane pace now, and flashing headlights, the mother became protective about the baby elephant by pulling him closer to herself. But with the car moving slowly towards them, the cow-calf duo moved away from the road and eloped in the dense jungle.

Also Read - When Driving On The Beach: 9 Things To Keep In Mind. 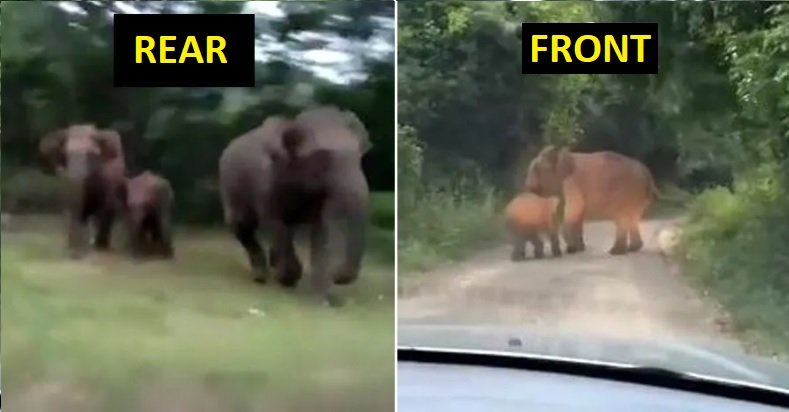 A herd of elephants from the backside while a cow-calf duo surrounded the car, as can be seen in the video.

The situation here in the video looks critical but ended with no casualty whatsoever. It could have turned the other way around if the mother and the baby elephant would have stayed on the road for long, prevailing the oncoming herd to attack the car. To note, Elephants attacks can be vicious and baleful at times.

To-do list, if you happen to cross a jungle road.

Also Read - 5 Things You Should Do When Driving In Tiredness.