Coolest Concept Cars Ever Made

9 0
People all want to see amazing things and if you are a car lover, the coolest concept cars in the article will blow your mind!

Have you ever felt extremely bored with the cars nowadays that are look alike each other? Do you want to have a spectacular car with cool features and designs? The answer of most people will be a yes! And as a matter of fact, throughout the car history, there have been many cool cars, but only in their concept form; and IndianAuto would like to introduce you the coolest one which can trigger your imagination!

Named after the first book of the Bible, Genesis Essentia was expected to be a pioneer of a new era where eco-friendliness is the focus of the automobile industry. Made of the finest and lightest carbon fibre and powered entirely by electricity, the concept coupe Genesis Essentia received a lot of compliment for its luxurious design and a completely eco-friendly characteristic. Is Genesis Essentia going to open a new era for cars?

Genesis Essentia proves its power through its ability to accelerate from 0 mph to 60 mph in just 3 seconds with the support of a lithium-ion battery pack and multiple electric motors. All in all, there is no doubt that the South Korean company’s idea is a beginning of a brighter future for technology, which benefits not only us, humans but also other living creatures and their environment.

It must have been a mind-blowing fact that Massachusetts Institute of Technology and Lamborghini have collaborated to conduct researches and produce one of the most thrilling supercars ever, the Lamborghini Terzo Millennio (meaning “third millennium” in Italian)! The car has not disappointed the fans as it comes with the aggressive appearance, which can be seen only in sci-fi movies, into real life. 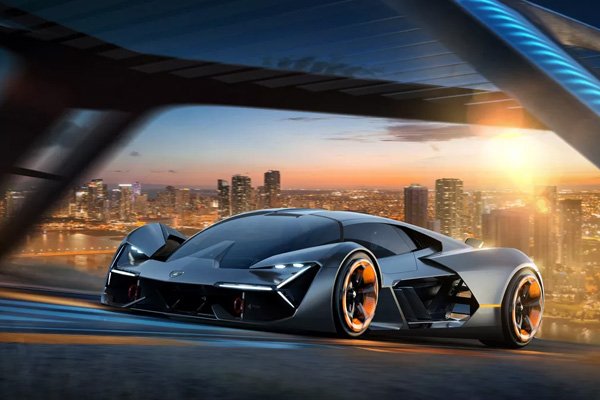 Will this Lamborghini Terzo Millenio make it through the third millennium AD?

Moreover, the supercar’s power comes from supercapacitors which provide its four electric motors with sufficient energy. The next thrilling spec of the Lamborghini Terzo Millennio is that it uses special carbon fibre. You must have known that carbon fibre has been used widely because of its outstanding benefits. However, the carbon fibre covering the Lamborghini is more than that; to be more specific, made of the special material, the body of the car can store electricity and then heal itself whenever there is a tiny crack on its surface. Mind-blowing, isn't it?

From its first introduction as a concept, the Volkswagen Golf GTI W12-650 used a front-engine layout. The concept adopted a 650 hp W12 engine placed the rear seats. One remarkable feature of the car is that it was lighter, lower, and much wider than the standard GTI. As a result, many people were looking forward to the time it would be launched as a luxurious, expensive limited-edition car; however, the people had to suffer disappointment since it remained just a cool concept. Fortunately, you can take a look at it in Volkswagen’s Zeithaus museum. The concept of this car is somehow modern

With flat, long fenders, cool rear doors, and a tall belt line, the Lincoln Continental successfully captured the trend of the 1960s and even added some modern features on itself. However, the cool concept car was never produced, and during 2002 RM Auctions, it was sold. Lucky enough, in March 2015, Lincoln again introduced a different Continental concept. This time, the new concept did not only capture the trends successfully, but it also had a chance to be in showrooms. 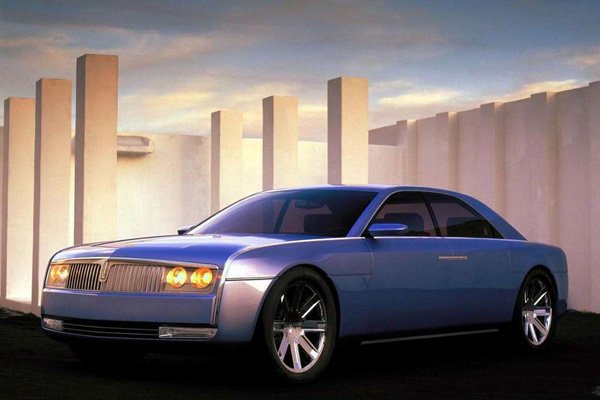 Like any other cool concept cars, Lincoln Continental 2002 could not be in showrooms

Did you know that Volkswagen Group took over Bentley in the year 1998? Then after a year, they introduced The Hunaudières which was a low-slung and powerful coupe supported by an 8.0-litre 16-cylinder engine that could offer 623 hp. Unfortunately, it couldn’t make it to showrooms. Later on, the Hunaudières inspired the idea of the Continental GT 1st Gen and the Veyron which is among the fastest cars. In 1995, during the Chrysler Atlantic's first introduction, it entirely surprised the public. At that time, Chrysler came in as a LH platform-based sedan which had a cab-forward design. Not only that, but the car also took the excellent style of a retro-inspired and elegant coupe that paid tribute to the idea of Bugatti Atlantique. What’s more, it was installed a V8 engine which could deliver up to 360 hp. Unfortunately, just like most coolest concept cars ever made, it never moved from concept stage to the mass production stage; however, the Atlantic inspired Chrysler’s later on halo car during the 1990s. The Subaru F-624 Estremo was introduced as a family concept car in 1987. Astonishingly, hidden underneath its outer space-esque, there was a rear-view camera, a continuously variable transmission (CVT), a four-wheel-drive system with front/rear torque split, and a four-wheel steering. Although the F-624 Estremo was just a really outstanding concept only, many of its technical features were applied to the Subaru series afterwards. 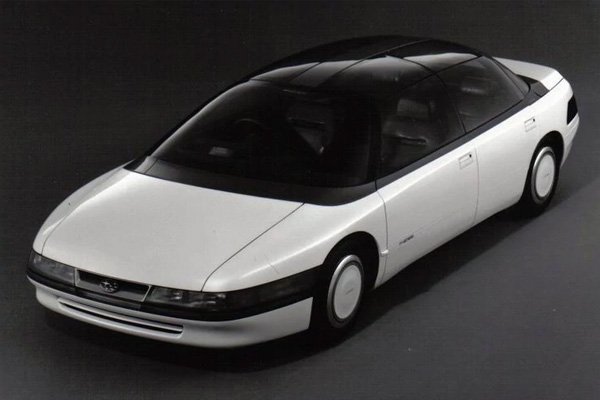 The Subaru F-624 Estremo seemed to have a simple design

Long ago before the Volvo car manufacturer started a renaissance style, they were well-known for building reliable, safe, and solid cars. Besides, their cars followed a design which was called “unadventurous”. However, the company wanted to take a leap on their traditional characteristics. They asked Bertone to help them design a busty family automobile with the purpose of reaching a larger audience. The sketched design came to life as a sedan that had two doors and a fastback rear end. However, the car manufacturer again changed their mind and chose not to produce the Tundra anymore. Lucky enough, in spite of being cancelled, the Tundra still had inspired the 1982 Citroën BX. The 1973 Chevrolet Aerovette was once called Corvette 4-Rotor and the cool concept car was an experimental coupe powered by a double-rotary and mid-mounted Wankel engine. However, the car faces the same problems with rotary technology just like other companies at the time: the engine consumed a huge amount of fuel, and, of course, as a consequence, it wasn’t fairly reliable. Nevertheless, although the company tried to make the car better by adding a V8 engine, the idea was dropped by the end of the 1980s. Because of its unreliability, the Chevrolet Aerovette failed

Munich, Germany, which is BMW’s headquarter, hosted the 1972 Olympic Games. And the company came up with an idea of taking advantage of the event to introduce their driver-oriented, sporty sedans and coupes. One of the most prominent one was the coupe BMW Turbo which looked like a German Ferrari. The performance of the car was enough to attract customers, but BMW never approved the production of Turbo, and, as a result, it remained only a simple concept. 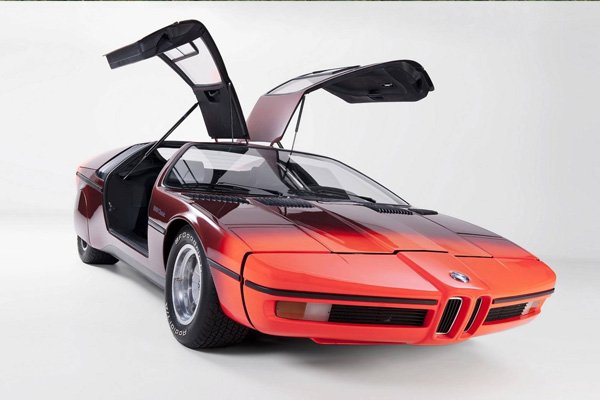 Although BMW Turbo had a lot of fans, its manufacturer still didn't want to produce it