10 Cars from Fast and Furious Movie Franchise that FOOLED Us!

People while watching the "Fast & Furious" franchise seem to get overwhelmed with a whole bunch of "ultra-impressive" supercars. However, our story below will shock you that you must have been tricked by the movie makers with the fake vehicles

For some people, the Fast & Furious series may be one of the primary reasons that make them start liking the wheels. And also, the franchise has been a topic for talks and discuss for car modifications and fabricating custom cars owners over and over again. Most people who watch the movie series does not even know what breed of cars they are made from but still, they fall for the cars’ design and performance thanks to the breath-taking chasing scenes that they'd performed on the drive. It does not matter about the car’s quality or performance that they build but, presenting it in the silver screen is, as it does, all about the hard works. However, to people's surprise, a handful collection of cars that performed so well as the real things are, unfortunately, totally fake. Here we’ve listed them in order to present you which ones have played tricks on us in the stunning Fast & Furious movies series. The Dodge Charger is absolutely the icon of the Fast and Furious movie franchise. It is considered among the most important cars that had been used from the first part to the recent release. Yet it is a bit tricky that the Dodge Charger R/T which was used by Dominique Toretto (Vin Diesel), interestingly, stands at the top of the list of fake cars.

Though this special four-wheeler did a good job in the Fast & Furious 7, it would never be able to do that, given the off-roading prowess, in ordinarily. Such spectacular off-roading packages will require even a whole team to modify the Charger. Dennis McCarthy, the man who is behind the Dom’s charger told that,

“It’s obviously hard to make a Charger into an off-road car” Wired also says that they have built 7 Chargers used in in the seventh movie from scratch. In an obvious sense, the Toyota Supra used by Paul Walker is one of the most wanted exotic cars that every car aficionado have dreamt of. Toyota Supra has always been one of the best performance cars in the franchise with eye-catchy profile and amazing road-teaing talents it gets on offer. Nevertheless, the cold reality is quite much hard to accept. That said, the iconic orange-painted Supra model which Paul Walker drives in the 1st series is not a real one. Despite being a mock-up, the coupe is still sought after by the auto fans across the globe. Motor Authority confirmed that the original model had been successfully sold at auction in 2015 with an impressive price tag of around $185,000. 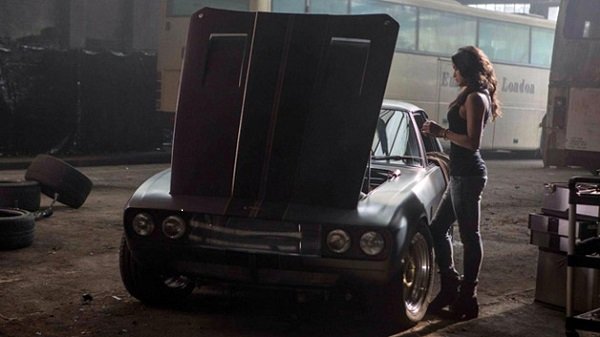 Clearly, the list of fake cars in the Fast and Furious series is countless and to pick which car to be the next, we should call the name of the most outstanding one. Jensen Interceptor might be another impressive car that appears in fewer scenes but it's a real game player, to say the least. If you are a fan of this movies series, this above picture will sound very familiar. Michelle Rodriguez in the Fast and Furious 6 had played a role by working under the hood of Jenson Interceptor. Everything about the car is so perfect that most of the audiences did not get a clue it's a fake one.

Chevy Fleetline is still one of the powerful cars out there. Chevy Fleetline may not be seen throughout in all the franchise of Fast and Furious but it shows up in an infamous and unforgettable scene that the car bursts into the flames while Dom is racing. The car won’t have a completely finished look like the other ones and the reason is they wanted to think in the place of the audience that the car has been brought from the shed or local yard. To tell the truth, light mods became popular partially because of this Mitsubishi Eclipse used in Fast and Furious 2. Muscle cars and Sports cars look great when the right amount of modifications are made on it. One of them is this 1995 Mitsubishi Eclipse which we see throughout the entire series of films but in its different versions. Although we've seen the car appearing in different appearances and cloaks, we're yet to track down a real one. It seems like the versions of Eclipse have experienced an abundance of major mods, albeit fake, they still went up for sale at healthy prices though. 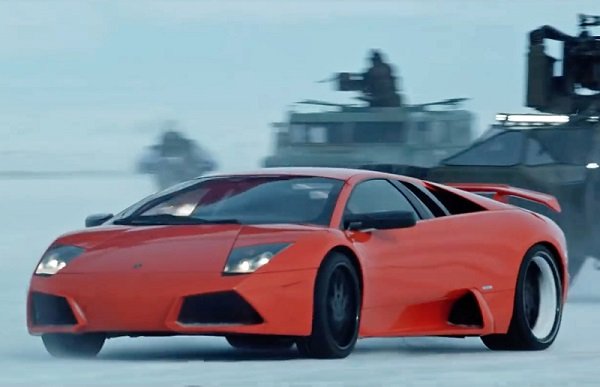 Lamborghinis cars are always known for their incredible performance alongside the roads but this model redefines it more. As you see, this red Lamborghini in F&F series may look authentic from the outside but it gets completely modded from the inside.

GT Planet revealed that the Jaguar V6 engine has come in the place of the 6.5-litre V12 unit as part of the alterations. They also employ the transaxle from Porsche Boxter instead. However, the stunning performance like a hero car in the film still manages to make it a desirable model for many. The Ferrari FXX was first seen on the Fast and Furious 6 trailer during the Superbowl but it never really caught on since it's nothing but a replica of the real one. It does make good sense when considering how costly the real cars are in filmmaking. But it is necessary to show off the gorgeous looking model with the incredible engine revving throughout 120 mins of the movie runtime. That's the courtesy of the fake Ferrari FXX whose real form is the limited and one of the most expensive cars in the world. 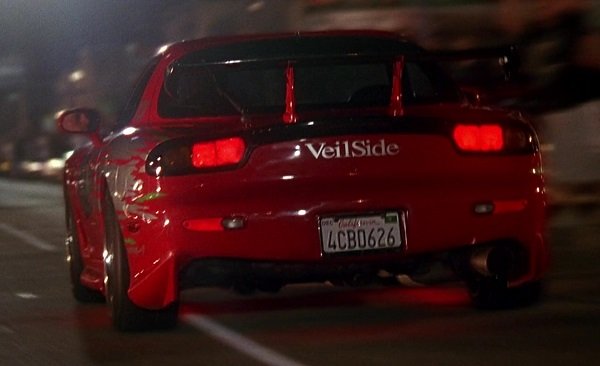 Most of the people might have seen it on roads but they don’t know what the car model was. This is the 1993 Mazda RX-7 which doesn’t give an appealing look like the other cars but it's are better in drag races and the Fast and Furious movies are sole proof for that. Again, Dennis McCarthy is the person who built the fabricated car for the movie. While it looks less authentic than other models, it's interesting that the car appeared during the dark time and details are more masked and difficult to catch sight of.

Some people may know that the replica of 1994 Acura Integra GS-R in the film was fake, but some might not know, after days, it even went on sale on the Internet. The car was manufactured by Bill Kohl and Samko Racing Enterprises who have built it with a Wings West Rs Racing body mods.

Under the hood, the car deploys a 1.8-litre engine which is said to pump out 170hp of power output. That sounds really convincing, right? But in fact, some people confirmed that it's not a real deal and the Integra GS-R is fake right from the first scene. 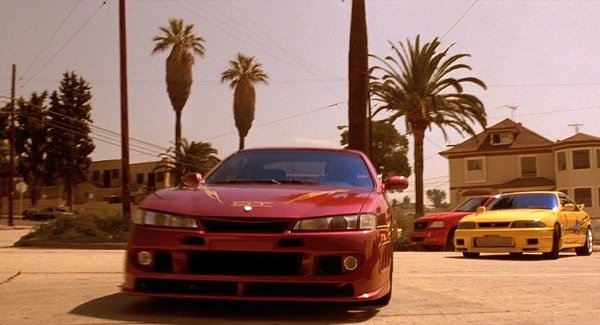 Finally, the 1997 Nissan 240SX featured in the film as Letty’s car, which she drives to victory over an overconfident Mazda driver is the last but not least fake model in the series. Nissan 240 SX was not only one of the best lookers but it plays well on the field too.

When the car was seen on the race field with Michelle Rodriguez behind the wheels, it may induce to think like that the filmmakers have burned too much money on this brilliant machine.

All in all, modifying the cars internally, externally, or mechanically should be done with legal procedures and the cars must have to be taken to the road only if those are permitted by the authoritative departments. This is due to the reason that most drivers go insane when they bring their modded cars to the road and it is not safe for them and also for the other who travels on the road. It is always better to keep up our cars modified with little custom parts which don’t harm and hurt others during the go.