Diesel is often considered to be a fuel for slow vehicles, but there are a few diesel cars in the market which are fast. What are they? Here's a list of fastest diesel cars in India on sale right now.

People who love fast cars are referred to as petrolheads and that’s because fast cars run on petrol. Diesel is usually considered to be the fuel for vehicles used to lug around some weight. Now, however, advancements in automobile engineering have made sure that diesel cars today are at least three times faster than what they were a decade ago. Not only that, but diesel has now become a fuel used in cars which are fun, fast, and frugal. Not just that, but they have enormous torque figures in comparison to their petrol counterparts and can give them run for their money. If you were not aware of this, here’s a list of the fastest diesel cars in India. Counting fast diesel cars and not including a low-slung Porsche, is not a fair game at all. So here's Porsche Panamera, the most expensive Porsche currently on sale in the country. Not only that, but it is also the fastest diesel car on sale in India right now. The 4.0L twin-turbo V8 deserves all the credits here, as it benefits the Panamera with a mind-boggling peak power figure of 680Bhp and crazily enormous 850Nm of torque. all of it gives the car a top whack of 310kmph. 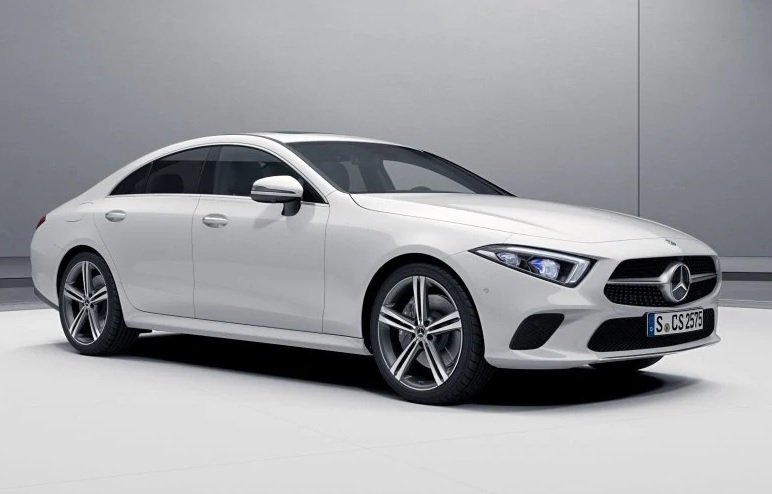 CLS from Mercedes-Benz is a car that offers the class and elegance of the ultra-luxurious S-Class, while the agility and stance of a coupe. With a 2.0L oil burner that is capable enough to produce 245PS and 500Nm, CLS has a fast diesel engine under its bonnet. However, top speed on this Mercedes-Benz is also limited at 250kmph and it gets a similar 9-speed AT unit as the S-Class. To talk of some of the features that we adored on this flamboyant beast are its Adaptive-LED headlamps and the Burmester audio system. A car that is marketed with a title of “Best Car In The World” is the S-Class from Mercedes-Benz. It gets a powerful 3.0L diesel engine with an inline 6 cylinder configuration under its hood, which is good to propel 286PS and 400Nm as its peak outputs. Performing the transmission duties here is a 9-speed automatic gearbox. With all the potent mechanicals, S-Class is a fast luxury saloon, however, one cannot go falt-out on this beauty as it has an electronically limited top speed of 250 kmph. It is not only one of the fastest diesel cars in India, but also one of the most luxurious ones. The volume generator for the British manufacturer is a compact yet fast SUV. Powered by a mere 2.0L engine, Evoque is fueled with 180PS and the power is channelled to all-4 wheels with the help of a 9-speed automatic. The Evoque is the smallest offering under the Range Rover name but is a feature-loaded SUV. It gets the creature comforts of a 10-inch touchscreen infotainment system with an 825 watts Meridian sound system, 360-degree camera, auto-park assist and more.

In my dictionary, BMW saloons are the sportiest luxury sedans of all time. That said, the 7-Series, in all its glory is as luxurious as an S-Class but with a sportier character to it. The flagship car from the Bavarians gets a 3.0L straight-six motor that when fed with all the diesel and air, churns out a peak power of 261PS and peak torque of 620Nm. This chequered–logo beauty comes equipped with an 8-speed automatic transmission, which is fast by all means. Definitely one of the fastest diesel cars in India.

Also Read - What Are 10 Safest Cars In India Under 5 Lakhs?

BMW 5-series is a 7-Series under a trimmed bodyshell. Yes! If 7-Series has to lose all of its heft, to be a little sleeker and shed some of its fancy features to keep the prices in check, it would be a 5-series or that is what a 5-Series is. It is built around the same theme and form as the 7-Series and also serves the very same function. Not just that, 5-Series is fast, and the credit goes to the brilliant oil-burner under the hood, which is a direct lift from the flagship saloon of the Bavarians. With same 3.0L diesel engine as the higher 7-Series, 5-Series is shod with 261PS and 620Nm to reach the capped top speed of 250kmph blazingly fast. The latest entrant in the full-size luxury SUV segment is the flagship SUV offering from the BMW, the X7. It is the biggest and brawniest of the SUV from the Bavarian brand. It is also fast, thanks to a 3.0L straight-six diesel that produces 261PS and 620Nm as its peak power output. However this hefty SUV is extremely heavy, and thus the top-speed is limited to just 230kmph, which isn’t less for a car of this size. It is perhaps one of the most luxurious SUVs in the world apart from being one of the fastest diesel cars in India. Audi Q7 is a fast SUV, however, it is loved for being the best combination of SUV capabilities and Limo-level comfort. Q7 is a big, elegant, composed, and one beautiful SUV. It offers two different diesel-engine options, a 2.0L diesel and a 3.2L diesel engine, which are capable enough to propel the SUV to an electronically capped speed limit of 250kmph. The 4x4 hardware is available as standard across the range though. SUVs are known to go dancing around the corners when the driver inputs are fast, Porsche, however, changed this ground rules of SUVs by launching the Cayenne. Cayenne is the most dynamic SUV on sale right now, as it is fast on straight lines, planted on corners, but it loves to be thrown around the apex. What makes it fast though? A 4.0L twin-turbo V-8 diesel engine that breathes fire. The engine is capable enough to belt out 550PS of peak power and 770Nm of peak torque. It is mated to 8-speed automatic gearbox with Porsche derived Tiptronic function. The top speed here is electronically limited at 286kmph. Range Rover is the flagship SUV of the British SUV brand. It is currently offered with 2 diesel engine option and 2 petrol engine options. The diesel engines one can choose from is either a 3.0L V6 that belts out 258PS or a 4.4L V8. Both of these engines come mated to an 8-speed automatic transmission and a 4WD system with terrain response system as standard across the range. All of this makes the Range Rover a capable competitor against the BMW X7 and Lexus LX. This giant luxury SUV is also the most desirable cars in the world.

This concludes our list of fastest diesel cars in India that are on sale currently. If there are any more cars that you'd like to see here, be sure to reach out to us or leave a comment below.