Find the most fantastic auto shows in the world

An avid car lover cannot miss the latest and most innovative ideas in the auto world, and there is no better place to get the news than auto shows.

The auto market is reaching an important turning point in the history. Apart from trying to increase sales and manufacturing as most automakers have always done, some key players are coming up with innovative features to incorporate in their already great cas. Some notable trends at the moment are electric cars, autonomous car, artificial intelligence, flying cars, etc.

Auto shows are the biggest events in the industry, where automakers do not only promote their latest inventions, but also test drive their new ideas and collect buyer’s feedback and reaction. Each year, auto shows attract millions of visitors all over the world, people that may not have anything in common but an enthusiasm for cars. In that sense, auto shows are also some sort of special interest clubs. If you are a car lover and would love to follow what is the latest trend in the auto industry, these are the auto shows that you cannot miss (in no particular order):

Frankfurt Internationale Automobil-Ausstellung (FIAA) is one of the biggest auto shows in the world held in Germany. The show is split in two, with commercial vehicle show in Hanover on even-numbered years, and passenger vehicle show in Frankfurt on odd-numbered years. Many people consider this the greatest auto show in the world, and it is not hard to comprehend why knowing the grand scheme of it. Each show has more than 10 exhibition halls featuring thousands of exhibitors and almost a million participants. The organisers of the show put forward a different theme every year, making the show even more attractive and exciting. This is almost a fashion show for the automobile world, with a hundred newest and most innovative cars on display. Some companies would go as far as exhibiting their cars in fancy settings to make a show unto themselves. 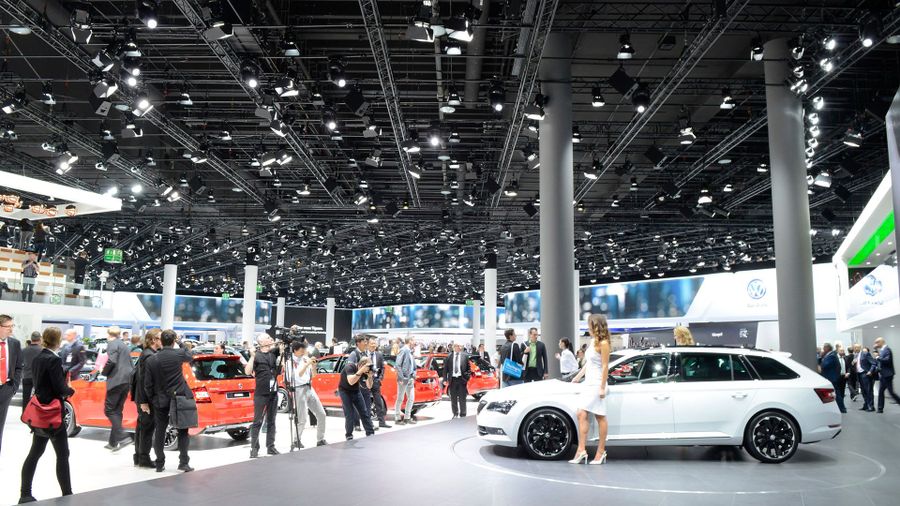 FIAA is reportedly the biggest auto show in the world

Paris Motor Show is a biennial auto show held only in even-numbered years in Paris, and it is one of the most important auto shows the world. The FIAA may be the biggest (in terms of exhibition space), but the Paris Motor Show was the first auto show of human being and has been the most visited auto show until now. In 2016, the show attracted more than a million participants in a period of 10 days, to observe 260 automakers from 18 countries. The 2018 show is especially special because this year celebrates the 120th anniversary of Paris Motor Show. Different from FIAA, Paris Motor Show is solely dedicated to new series and concept cars, so if you are someone who love cars and also happen to be obsessed with some innovation and crazy ideas, mark your calendar and set your alarm right now, because this year the show will be from October 4th to October 15th.

If you are a sucker for crazy cars, you cannot miss Paris Motor Show, the most visited auto show in the world

North American International Motor Show (NAIAS) is the biggest auto show in North America, which is held annually in the automotive capital of Detroit, Michigan. Each year, hundreds of thousands of auto lovers come to the show from all over the world to admire what 180 automakers have to offer. This is not merely a showcase for the car industry, but rather an event where manufacturers, suppliers, tech companies, government, and universities connect with the same topic in mind. NAIAS may not be the place where the craziest cars are exhibited, but it is a flourishing platform for innovative start-ups in the industry to make a name for themselves. More than 50 rising stars were highlighted in the 2017 show for their avant-garde technologies. NAIAS is a flourishing platform for innovative start-ups

A notable auto show in Asia is Tokyo Motor Show. Like most auto shows that make the list, Tokyo Motor Show is held biennially (odd numbered years only). In 2017, it was recorded that more than 700,000 people visited the show and more than 100 brands showcased their cars here. The show is available for all types of cars, but still focuses on concept vehicles rather than production cars, and this is the show where some of the most interesting and perhaps craziest concept cars are shown to the public. Tokyo Motor Show introduced Tokyo Connected Lab in 2017, and this Lab, with the motto “Beyond the Motor”, is an exhibition space solely dedicated to the envisioning of future mobility on the grand scale of a city or country.