Firing Crackers Out Of Honda City's Sunroof Caught On Video

It is not a proper Diwali without firecrackers. During the recent Diwali, occupants in a moving car were caught bursting crackers out of the sunroof, which is extremely dangerous.

Diwali, the festival of light, is the greatest time of the year. To honour the light, the most common way is to bursting crackers. However, this celebrating ceremony is now under the tight control of the government owning to the concerns for safety, air and sound pollution. In some states, the local governments have set up a time window for bursting crackers. Even when it is officially restricted by law enforcement, many have flaunted the law and burst cracker outside the allowed time frame. Not only that, some people even go further than just violating the time window. Recently, a video shows someone was firing cracker out of the sunroof of a running Honda City. It is believed to take place in Uttar Pradesh. The video has quickly become rival over the internet.

On the video, the Honda City was running on a quiet road with barely any vehicles moving around. The car was moving at a very low speed while the fire was shooting out of the opening sunroof. It is not known the exact time this video was recorded. As far as we know, the government in Uttar Pradesh only allowed its citizens to burst cracker from 8 PM to 10 PM and only a few places are sanctioned for firing crackers. Any cracker burnt out of the designated areas is perceived as illegal. Moreover, it is extremely dangerous to firing cracker on a public road, especially in a running car.

The police from Noida has responded to this video, saying that the incident is under investigation. A further statement is not released yet. From the video, we can hardly recognized the plate number, which might be a big challenge during the examination. 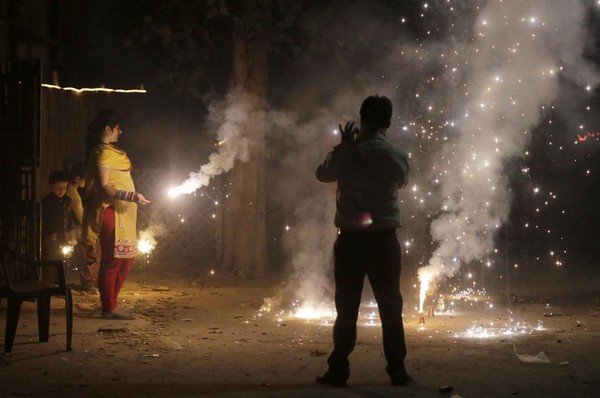 There are good reasons why the bursting firecracker is put under strict restriction. Every year, during this festive season, many accidents caused by firing cracker are reported across the country. In this case, it is even more dangerous since the materials used inside the car are usually flammable, thereby, a small fire can cause severe burning, let alone firing multiple crackers from the cabin. Moreover, since the car was moving on the road, the fire can catch on other vehicles running on the same roads as well, probably leading to a complete catastrophe.

Festival is a good time to relax and have fun. However, don’t let the fun lead you astray too far from the acceptable mannerism, especially with a highly dangerous misdemeanour like bursting crackers. It is hoped that the cops can trace down the law offenders soon and charge them with appropriate punishment. To read more interesting car stories, visit IndianAuto.com