Jeep’s re-entry into India was not exactly easy like falling off a log. The launch of the badass SUV brand in India was postponed for almost a year owing to the weakening rupee and when it’s finally here, it found just a few takers for the Jeep Wrangler and Grand Cherokee, which were a huge discouragement for the American company. But matters happened to be so different thanks to the Jeep Compass.

When launched in India, the Jeep Compass did create quite a massive buzz around Jeep’s dealerships. In fact, the Jeep Compass did hit the sweet spot in terms of popularity of C-SUVs at that time and it even motivated many automobile manufacturers to launch and localize their C-SUVs for more competitive pricing. What this means is that Jeep Compass does face a lot of rivalries in India. However, there are some global C-SUV makers are still standing outside of the game. There are a host of Jeep Compass rivals that aren’t going on sale in India and among them, there are five Jeep Compass adversaries that we wish they were sold in our country.

Five Big Jeep Compass Rivals That We Want In India

Into its second-gen avatar, the Peugeot 3008 is arguably one of the most stylish-looking European C-SUVs in the international markets. While carrying the traditional face of a conventional sport utility vehicle, the Peugeot 3008 has gained a slew of distinctive design elements, giving it a very unique and temporary look. The Peugeot 3008 features a set of inverted comma-shaped LED headlamps, LED tail lamps with blackened housings and dual-tone roof that look completely striking on its exterior appeal. The interior of the SUV is even more amazing in its modern design. It comes offered with a handful of premium bits such as full TFT instrument console, pop-up infotainment system, squared-off steering and more.

The Peugeot 3008 employs four different engine options under the bonnet – including a 132 PS 1.2-litre turbocharged petrol, 131 PS 1.5-litre diesel, 181 PS 1.6-litre turbocharged petrol along with 177 PS 2.0-litre diesel engine. The transmission choices include an 8-speed automatic gearbox for all the mills and a 6-speed manual transmission for the 1.2-litre turbo petrol and 1.5-litre diesel units. The Peugeot 3008 is currently a fierce rival of the Jeep Compass in some markets outside India.

Toyota’s first attempt in the C-SUV segment, the Toyota RAV4 is another interesting car that rivals aggressively the like of Jeep Compass in the markets like America or Europe. Based on the TNGA architecture, the Toyota RAV4 is quite a rugged butch-looking urban mid-size SUV that hasn’t made it to India. The latest-gen RAV4 was wrapped off at the 2018 New York International Motor Show, revealing its attractive exterior, proportions and powertrain packages of the SUV. The Toyota RAV4 is quite a premium urban SUV so it is very feature-rich. It gets full TFT instrument cluster, advanced free-standing touchscreen infotainment system, panoramic sunroof, 8-way power-adjustable driver seat with memory along with premium materials among others.

The RAV 4 sold in the US is available with two engine options, both of which are petrol-fueled. The 2.0-litre petrol engine can produce 170 PS of max power and 203 Nm of peak torque while the 2.5-litre gasoline burner could make 209 PS of power and 249 Nm of torque. The bigger one also comes with a hybrid tech that can make a combined power of 222 PS and 279 Nm of torque. Good news is, Toyota is taking the RAV4 into consideration for India.

As you may not know, the Skoda Karoq is the successor to the currently-defunct Skoda Yeti in India. The Czech carmaker even toyed with the idea of introducing the Karoq in our country this year but the plan has been put on hold until 2020. 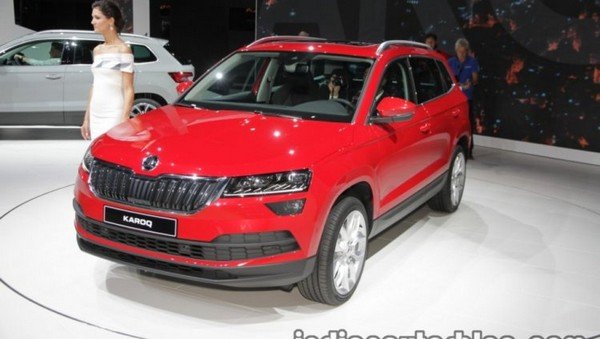 Also Read - 2018 Skoda Karoq: What To Expect From This New Compact SUV?

The Skoda Karoq might not be a towering SUV in terms of dimensions and style as compared to the Jeep Compass or other SUVs in the list. However, it has been beefed up with a solid build, premium finish along with a bunch of top-notch equipment like panoramic sunroof, virtual cockpit, power-adjustable heated front seats with memory functions, 10-speaker Canton sound system and many more. The Karoq is equipped with a range of engines in its heart, including a 1.0-litre TSI petrol, a 1.5-litre TSI petrol, 1.6-litre TDI diesel, 2.0-litre TDI diesel and 2.0-litre TDI diesel motors options for customers to choose from.

In all likelihood, the Skoda Karoq will enter India in limited numbers via the CBU route at the price of around Rs 25 Lakh mark (estimated, ex-showroom).

The Nissan Qashqai may look unfamiliar to you, but it is, in fact, the best-selling model of its segment in Europe these days. The lavishly-designed SUV from Nissan is also a solid contender to the like of Jeep Compass and again, it is yet to make its way to our country. Kia has just started its innings in our country with the launch of the Kia Seltos but the Kia Sportage is, still, yet to enter India. Known as a technical cousin of the Hyundai Tucson, the Kia Sportage is an excellent compact SUV that we wish it were launched in India. Luckily, it is reported that the next-gen Kia Sportage will be introduced in the right-hand-drive market soon. 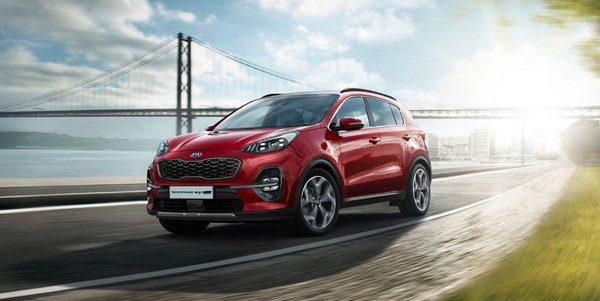 Also Read - Kia Seltos Vs MG Hector Caught Standing Side By Side – Which one looks better?

The new-gen Kia Sportage will be probably available in a 7-seater layout as well. The car is anticipated to be locally-manufactured to conquer the price-sensitive market like India.