Last year, Lamborghini launched its highly-anticipated luxury SUV, the Urus. Despite the initial doubt about the sales of this hyper SUV, the Lamborghini Urus turned out to be a hit. It has been warmly welcomed in the global market as well as in the Indian market. It is estimated that more than 50 units of Lamborghini Urus have been sold in India within one year of its launch. Compared with other luxury cars in the same price range, it can be considered a good sign especially after the recent market slowdown.

Before getting to know these well-to-do enthusiasts, here's what the Lamborghini Urus is capable of. A 4.0-litre twin-turbo engine under the hood, capable of belching out 641 Bhp and 850 Nm. With these power outputs, the SUV can do the 0-100kmh sprint in just 3.6 seconds while going from idle to 200 kmh takes just 12.8 seconds. The top speed stands at 305 km/h and it is safe to say that this SUV is no less powerful than a supercar.

When talking about exotic and luxury car owners in India, it would be a big mistake not to mention the Ambani family. This family has almost every luxury cars in the market including the Lamborghini Urus. In fact, the Indian billionaire is the first one in India to get his hands on this new super SUV. Mukesh Ambani’s Urus is painted in dark blue colour and estimated to cost around Rs 3 crore mark. With customization options added, the price is higher than the standard mondel. A few months earlier, Ranbir Kapoor was seen driving this car with Akash Ambani on his side.

Ranveer Singh is the latest public figure to purchase this luxury SUV in India. Apart from the Lamborghini Urus, the famous Bollywood actor already owns a long list of luxury vehicles that include some mouth-watering names like Aston Martin Rapide S, Mercedes Maybach, and a Mercedes Benz GL Class. The Ram-leela star has bought a bright red Lamborghini Urus and was spotted flaunting his brand-new car in Mumbai recently. He even matched the colour of his hat with his new car’s exterior paint scheme. 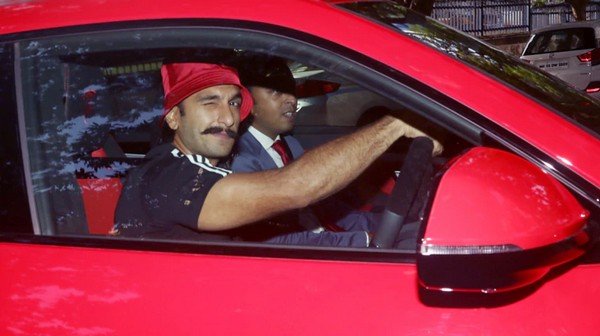 Besides the Ambani's, the Poonawalla family also has an incredible car collection which is brimmed with various expensive fancy cars from the most well-established carmakers in the world including Lamborghini, Ferraris, Rolls Royce, Bentley and more. The latest car to join this extravagant collection is none other than the Urus. The Lamborghini Urus owned by the Poonawalla's features a blue exterior paint job. However, it is rarely spotted on the street and has only been seen one time leaving the billionaire’s garage.

The star from Sandalwood is also a member of the exclusive Lamborghini Urus owners club. He bought this premium SUV back in May this year and the famous actor has picked a youthful bright yellow shade for his Lamborghini Urus. This colour option is also the most common choice among Urus buyers. It is not the first Lamborghini that this famous actor has had. Before buying the Urus, Darshan was already the  proud owner of a Lamborghini Aventador Roadster, that he bought last year. Purchasing two Lamborghinis in two consecutive years, the Kannada star seems to be quite fan of the the raging bull. Puneeth is among the most influential stars in the Sandalwood movie industry. As we all know, the rich and famous have their own language of expressing gratitude. In March, Puneeth gifted his beloved wife a sparkling blue Lamborghini Urus on the occasion of International Women’s Day. Previously, his wife drove around in a Jaguar XF. However, a Lamborghini is definitely a big step up. To read more interesting car stories, visit IndianAuto.com. 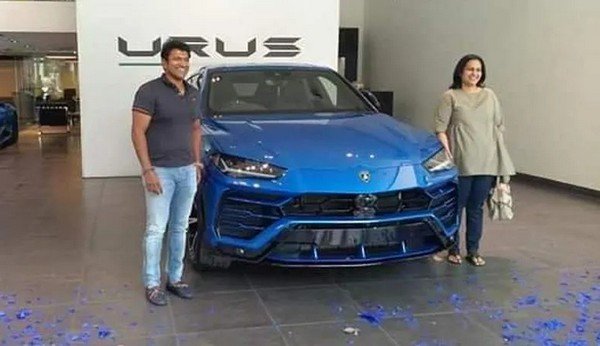