Chinese carmaker Great Wall Motors is all set to showcase its vehicles at the Auto Expo 2020 under its marquee brand Haval. The carmaker is planning to make a world premiere of its 'concept H' mid-size SUV at Auto Expo 2020. GWM R1 EV has just been unveiled by Great Wall Motors at Auto Expo 2020. The Chinese carmaker claims that this is the world's most affordable EV, and with a price tag of Yuan 59,800 to Yuan 77,800 (equivalent to Rs. 6 to 9 Lakh), it does indeed seem to be true! The R1 EV is sold in the Chinese market under the brand ORA as ORA R1. It is powered by a 35 kW motor that can provide a maximum range of 351 km on a single charge. This puts is at an advantage against other electric SUVs currently available in the Indian market which offer less range and are available at a higher price. The SUV shares its underpinnings with the Haval 6, which is expected to launch in India by the end of this year

The first car on our list of Great Wall Motors at Auto Expo 2020 is the Haval Concept H, which is expected to be based on the company’s Haval F7. The Haval F7 is already being sold in the Russian market. The SUV shares its underpinnings with the Haval H6, which is expected to launch in India by the end of this year. In the Chinese and Russia market, the GMW Haval F7 is powered by a 1.5-litre and 2.0-litre turbocharged petrol motors. The transmission duties are performed by a 7-seven DCT (Dual-clutch Transmission). Great Wall Motors will also showcase a range of electric vehicles. The carmaker has recently taken over General Motor India’s Talegaon facility and will begin operations in India very soon. The second car confirmed by Great Wall Motors at Auto Expo 2020 will be the Haval Vision 2025. It’s not the first time that the electric SUV is making its public debut, the concept SUV was displayed at the Shanghai International Auto Show in April 2019. The SUV shares its design cues with BMW and Land Rover SUV’s because the work on the concept car is started by the former BMW designer named Pierre Leclerq, and it was completed by Phil Simmons, the Former designer at Land Rover. The concept vehicle will feature several futuristic technologies like AR-HUD augmented reality navigation system, artificial intelligence system, face media streaming technology, face recognition, and dynamic display on the windshield. Haval F5 will probably be showcased at the Auto Expo 2020 is quite high (image credit: Rushlane)

This orange coloured car in the image above is the GWM Haval F5. This sub-compact SUV was recently snapped in India. The probability of Haval F5 to showcase at the Auto Expo 2020 is quite high. The SUV is in production since 2018. Mechanically, it derives power from a 1.5-litre, four-cylinder, petrol unit which churns out 171PS of maximum power output. The engine comes coupled to a seven-speed DCT. The sub-compact SUV shares its platform with the company’s Haval H6 and WEY VV5. WEY is a sub-brand of GWM. At the front, the SUV will employ a huge blacked-out grille with Haval logo. Illumination duties will be performed by projector headlamps, LED DRLs and Fog lamps. The SUV will also employ subtle chrome accents to enhance the premium quotient of the car. More information regarding the car will be revealed by Great Wall Motors at Auto Expo 2020 Haval might also bring the Haval F7 to the 2020 Auto Expo, which will be positioned above Haval F5. The SUV made its first public debut in 2018 at Moscow International Motor Show, and the deliveries of the car were initiated in the Chinese market by November 2018. Moreover, the SUV made its first global concept debut at Shanghai Motor Show 2017, codenamed as Haval HB-03. Moreover, the car shares its underpinnings with WEY VV6, which is placed above the WEY VV5. The GWM Haval F5 deriver power from a 1.5-litre, four-cylinder, petrol engine along with a more powerful, 2.0-litre turbo-petrol engine. The 1.5-litre petrol engine is the same motor, which powers the Haval F7. Visually the car looks quite aggressive. It gets projector headlamps with LED DRLs and fog lamps. The car also gets a sporty looking honeycomb mesh grille with Haval branding. The chrome bits on the outside will surely attract the Indian customers. Haval F7 will be a big attention seeker by Great Wall Motors at Auto Expo 2020. The Haval H9 will be the flagship SUV by the carmaker into the Indian market. Once launched, it will compete with the likes of established seven-seat SUVs like Toyota Fortuner, Ford Endeavour, Skoda Kodiaq and the upcoming MG/ Maxus D90. Suspension duties will be done by a double-wishbone suspension up front and a multi-link solid axle at the rear. The GWM Haval H9 derives power from a 2.0-litre, four-cylinder, turbocharged petrol mill, which shreds out 215bhp of power and 324 Nm of twisting force. The transmission duties will be performed by a ZF eight-speed automatic gearbox. Moreover, one can expect Haval to introduce the SUV with a diesel powertrain into the Indian market. Dimensionally, Haval H9 is 4,856 mm long, 1,926 mm wide, 1,900 mm tall and has a wheelbase of 2,800 mm. The SUV will be offered in an all-terrain 4-wheel drive system along with six different driving modes namely- Auto, Sport, Snow, Sand, Mud and 4 Low. Talking about the safety features, the SUV will feature AFS, Electric Parking Brake, Electronic Stability Program, Hill-start Assist Control and Hill Descent Control. Needless to say, Great Wall will be bringing a lot of excitement to the 2020 Auto Expo. 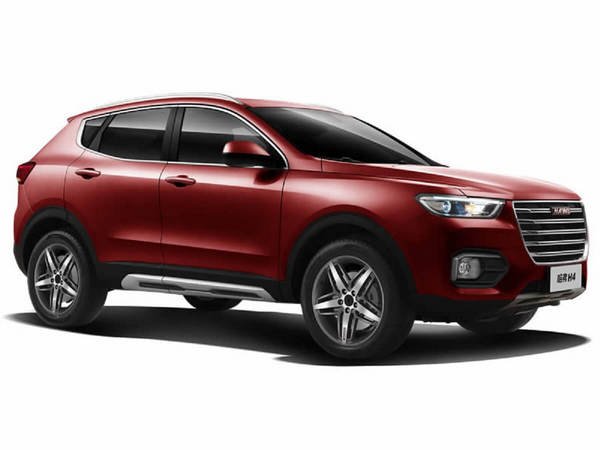 Haval H4 will compete with the likes of Kia Seltos, Hyundai Creta, and Nissan Kicks

The last car on our list is Haval H4. Great Wall Motors will be showcasing this compact SUV at the upcoming Auto Expo. The upcoming SUV will compete with the likes of Kia Seltos, Hyundai Creta, and Nissan Kicks. In terms of dimension, the car is 4,420 mm long, 1,845 mm wide, 1,695 mm tall and has a wheelbase of 2,660 mm. In the Chinese market, the SUV is offered with two different turbocharged petrol motors 1.3-litre and 1.5-litre. Transmission duties are performed by a seven-speed DCT. The 1.3-litre mill puts out power and torque outputs of 139PS and 225Nm. The 1.5-litre engine develops 168PS and 285Nm. We expect that the carmaker will introduce a detuned 1.5-litre engine, into the Indian market, with a manual and automatic gearbox options. The SUV will offer high-end convenience features like a huge 12-inch touchscreen infotainment system, LCD instrument cluster, and keyboard-style switchgear.