Recently, an accident which involved a Hyundai i20 losing control due to heavy rains happened. Fortunately enough, all the occupants were kept safe by the car's decent build quality

Thanks to its sporty styling and top-notch features, the Hyundai i20 is one of the most popular and favoured hatchbacks in the country and it is also among the top-selling cars in the Indian hatchback segment. Even if you take into account the safety aspect, the hatchback has received three stars from NCAP for the standard dual-airbag model. The decent safety net offered by the car has often saved the lives of its occupants. Below, we have a video that shows a Hyundai i20 that has sustained some major damages in an accident but has kept the occupants safe.

Thanks to the dashcam installed in the car, the whole accident has been recorded. The owner was driving on a highway in heavy rain at a high speed. The car was on the right of the road, so the driver needs to steer towards the left and then suddenly, he lost control. After that, the car jumped over a divider and rolled over about 10 - 12 times. The car has suffered from irreparable damage and should be treated as a scrapped car now. The front alloy wheels have come off; the axle has been twisted. The bonnet, windscreen and roof have all been damaged. While the front has been completely damaged but the doors are in a slightly better condition. Even some motor parts have come off. 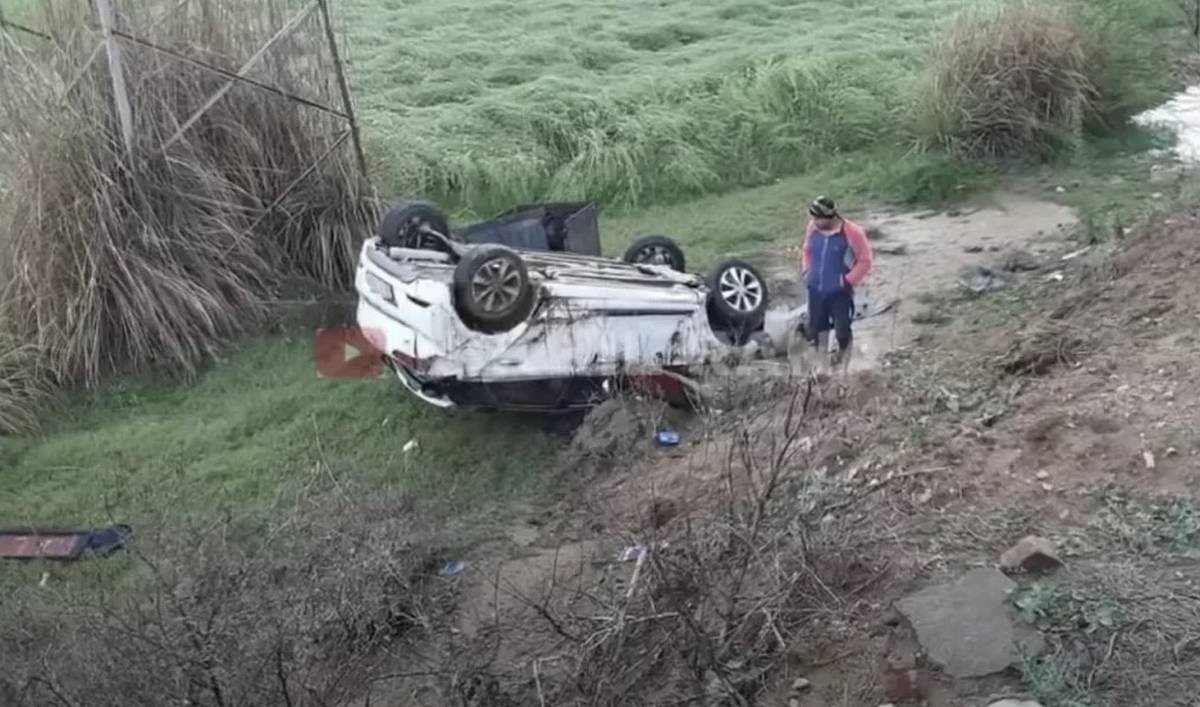 Although the Hyundai i20 has been heavily damaged, the occupants are kept safe.

Driving on wet roads is extremely dangerous and the owner also confessed that the tyre treading has been damaged, which can even lead the car to lose control even if you are driving on a dry road, let alone wet roads. Fortunately enough, all the occupants are kept safe. The driver walked out of the car with some injuries which were cured soon. Moreover, the driver should not have driven at such a high speed as 125 kmph on such wet roads. Whenever driving in heavy rains or on wet roads, it is advisable that you drive at 100 kmph as your maximum speed so that you can respond in time.