2020 Indian Car Of The Year: The Contenders and The Winner

90 0
Here's the list of contenders for the 2020 Indian Car Of The Year Awards, along with the winner of the prestigious ICOTY award.

The Indian Car Of The Year is one of the biggest automobile award selected by a jury of over 16 senior automotive journalists from the prominent automotive publications. Each year, various car connoisseurs and experts gather together to choose the best new car launches of that year, on the basis of design, performance, safety quality as well as the value quotient. This year, we’ve worked out the list of cars that win various categories of the 2020 ICOTY awards based on the program's voting results.

Read till the end to know the which car bagged the winning trophy of the Indian Car Of The Year award!

Let's first talk about the cars that were also in contention. There were a total of ten contenders, including the one that won ICOTY. The nine shortlisted contenders that didn't secure a win are listed below:

Kia Seltos is actually the most successful car of 2019. Going on sale in India for just around 4 months, this Kia SUV has garnered an overwhelming response from the customers and climbed to the first spot in the mid-size SUV sales chart in the country. The hugely successful Kia Seltos has been awarded various titles for its well-sorted architecture, handsome-looking design, well-equipped cabin, punchy engines, and its value-for-money proposition. With only Seltos in the lineup, Kia has managed to take the fourth spot in the manufacturer sales chart in India in November 2019, and from the looks of it, the momentum is expected to be that good with no signs of drop in demand for this capable sports utility vehicle. 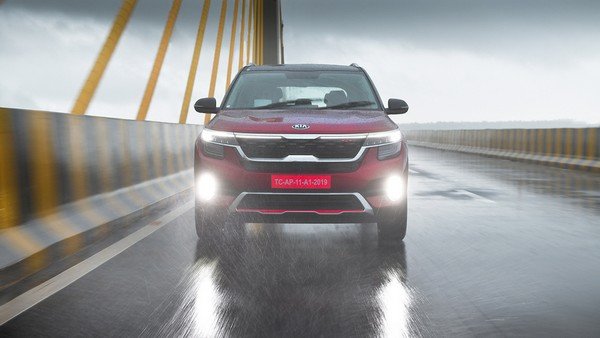 Unlike the most of the vehicles in this list, Maruti Wagon R is not a newcomer, but has been selling in India for quite a long time now. The first Maruti WagonR was launched in the market back in 1999 but its third-gen version just went on sale in early January 2019. The latest-gen WagonR comes to repeat the success story of the previous generations and even beats them in terms of sales. Last month, the BSVI-spec version of the WagonR 1.0-litre Petrol came to join with the BSVI-compliant car's lineup including the Alto 800, Swift, Dzire, Ertiga and newly-launched Maruti S-Presso. The Maruti WagonR has two petrol engines and one CNG engine on tap. The petrol engines comprise of 1.0-litre K10B petrol and a 1.2-litre K12M gasoline burner unit. The CNG engine here is a 1.0-litre unit. Reports said that Maruti Suzuki is working on the WagonR-based vehicle named the XL5 which gets the same strategy as the Maruti Ertiga and Maruti XL6. It will be one of the upcoming hatchback cars is set to hit the market for some time in 2020.

MG Motor set its first footstep in India with the MG Hector earlier this year and managed to experience the initial roaring success ever since it was launched. In the mid-sized SUV department, the MG Hector has done a decent business with the retail sales standing at 2,608 units in September, 3,556 units in October and 3,239 units in November 2019, thereby making it to the top bestsellers in the segment. Also Read - Best Cars for Women in India with Prices

MG Hector is appreciated for its modern design, features and staggering specs. It can come in a choice of four variants including Style, Super, Smart, Sharp. It boasts a range of premium features on its package, especially the ISMART connectivity suite making the Hector the first-ever "Internet SUV" in India. MG Hector gets a 1.5-litre turbo-petrol engine that churns out 143 PS of power and 250 Nm of torque and comes with a 48V hybrid system. There's also a 2.0-litre turbo-diesel burner that is good for 170 PS/350 Nm unit.

Tata Harrier is essentially a big hit of Tata Motors in the segment of mid-size SUVs in India. Tata launched the all-new Harrier earlier this year and the much-anticipated SUV amassed decent bookings even before it went on sale in the country. Last month, the Tata Harrier still stands in top 3 best-selling models in its category, just behind the Mahindra XUV500 and MG Hector. The Tata Harrier is selling in good numbers for many reasons, some of which are the competitive pricing, great street presence, modular platform, unique design, spaciousness along with the safety advantage. Tata Harrier is powered by a Kryotec 2.0-litre turbo-diesel engine that produces 140 BHP of power and 350 Nm of torque. It is a pity that the SUV is offered with a 6-speed manual transmission only and misses out on an automatic variant. However, the Harrier automatic is in the pipeline

Within just around nine months of launch, the Honda Civic has become the best-selling executive sedan segment of India. The tenth-generation Honda Civic was launched in India in early 2019 after seven years; it has obtained a market share of 53 per cent in October of the year. 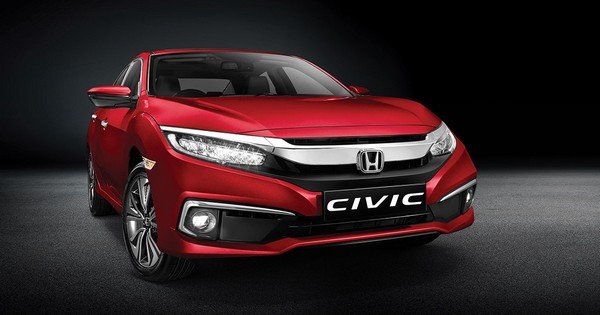 Honda Civic is a prominent sedan amongst the auto enthusiasts in India, especially who enthuses to flaunt the radical design of the car combined with the impressive performance on the roads. The Honda Civic is built with both petrol and diesel engine options - a tried and tested 1.8-litre petrol motor tuned for 139 BHP of power and 174 Nm of torque, along with a 1.6-litre diesel engine belting out 118 BHP of power and 300 Nm of torque. Transmission options of the Civic sedan include a 6-speed manual transmission and a continuously variable transmission. The Civic sedan is adorned with premium bits all around, including an advanced infotainment system, cruise control, electric sunroof, 8-way adjustable driver's seat, dual-zone climate control, smart key engine among others on offer. Honda Civic also comes with a high safety quotient with six airbags, ABS with EBD, Agile Handling Assist, ECS, hill-start assist together with lane watch camera, electric parking brake.

Maruti Suzuki's latest SUV-ish hatchback in India, the S-Presso is also shortlisted here as one of the candidates for the prestigious ICOTY Awards. After just a short time of launch, the Maruti S-Presso has managed to join in top 10 best-selling cars of India. The "mini SUV', as the company calls it, went on sale through the Arena dealerships and within the first 11 days of launch, Maruti Suzuki has garnered over 10,000 bookings for the small vehicle. 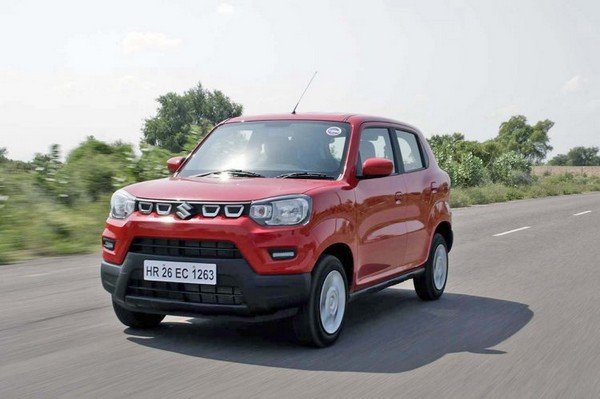 The Maruti S-Presso is based on the "HEARTECT Kei" platform and features a boxy-looking design, a beefy cladding, squared-off wheel arches and a tall boy silhouette. The tall boy gets the power from a 1.0-litre petrol engine from the Alto K10, churns out 67 BHP of max power and 90 Nm of torque. The S-Presso features a SmartPlay touchscreen infotainment system, a digital instrument cluster, multifunctional steering along with plenty of comfort goodies on its packages.

Renault Triber got off to quite a strong start in India as it received a tremendous response from the car buyers following its launch in August. The Triber is a unique car which paved the ways for the India-only sub-four-metre MPV segment. The compact 7 seater vehicle is built on the modified CMF-A platform and occupies the gap between the successful Kwid and Duster siblings. Powering the Triber MPV is a single petrol engine, namely a 1.0-litre 3-cylinder motor making 72 PS and 96 Nm of torque. The motor is coupled with a 5-speed manual gearbox while an automatic option is on the ways.

The Hyundai Creta-rivalling SUV, Nissan Kicks was introduced in India in January 2019 at the price starting from Rs 9.55 Lakh (ex-showroom, Delhi) and it created quite a buzzword during the course of its launch in the country. Built on the Duster's M0 platform, the new Nissan Kicks is quite a looker with a sharp upright stance with edgy lines all through its exterior package. The Kicks also comes with a whole array of features both inside and out along with various safety features like 4 airbags, ABS, EBD, brake assist, hill assist and a segment-first 360-degree camera view. The Nissan Kicks is powered by a 1.5-litre petrol and a 1.5-litre K9K diesel engine delivering 104 BHP/ 142 Nm and 180 BHP/ 240 Nm, respectively. Overall, it is definitely a good-looking SUV with a lengthy list of premium features on boards, right? The sporty mid-size hatch by Hyundai draws the power from a 1.2-litre Kappa petrol engine making 83 PS of power along with a more powerful 1.0-litre turbo-petrol engine good for 100 HP of power. Transmission options of the Nios encompass a 5-speed manual transmission and an AMT unit. Recently, Hyundai has unveiled its new Hyundai Aura compact sedan which shares a lot of design cues with the Grand i10 Nios in the country.

Hyundai Grand i10 Nios Prices In Some Popular Cities

The next vehicle that receives many awards is the Seltos’s cousin- Hyundai Venue. When talking about the best sub-4m SUVs in India, the Hyundai Venue tops on the choice list. The Hyundai Venue is well-designed and connected SUV which boasts a sporty design and excellent engines on boards. Barring the same 1.4-litre diesel engine as in the Creta as well as the 1.2-litre naturally-aspirated petrol unit, the talking point here is the new 1.0-litre turbocharged petrol engine that is not only in terms of performance but fuel-efficient as well. The 7-speed DCT automatic unit is another big hit in the Venue’s convincing package too, not to mention a suite of connected features that leads to good driving pleasure for its passenger on the roads. The Hyundai Venue also comes very competitively in terms of pricing. It offers a decent value for money quotient that makes it one of the cheapest automatic SUV cars in India. In short, the Venue completely deserves to stand here among other candidates of the 2019 World Car Of The Year Awards.

For such more car stories from across India, kindly stay tuned and updated with more articles from IndianAuto. We also provide you with a digital platform to sell your car online as well as to use our advanced search tool to look for attractive used cars in India with ease.