Here is a really nice looking modified Maruti Ignis which has been customised by the skilled folks at 360 motoring and 02 Garage.

The Maruti Ignis is the most expensive tall boy hatchback in India and the moment. In its company's product portfolio, it sits above the WagonR. Ignis enjoys a decent fan following as it gets a rather quirky design language which has an equal amount of admirers and haters. Moreover, the hatchback also feels a tad more premium than other tallboy cars in the country. 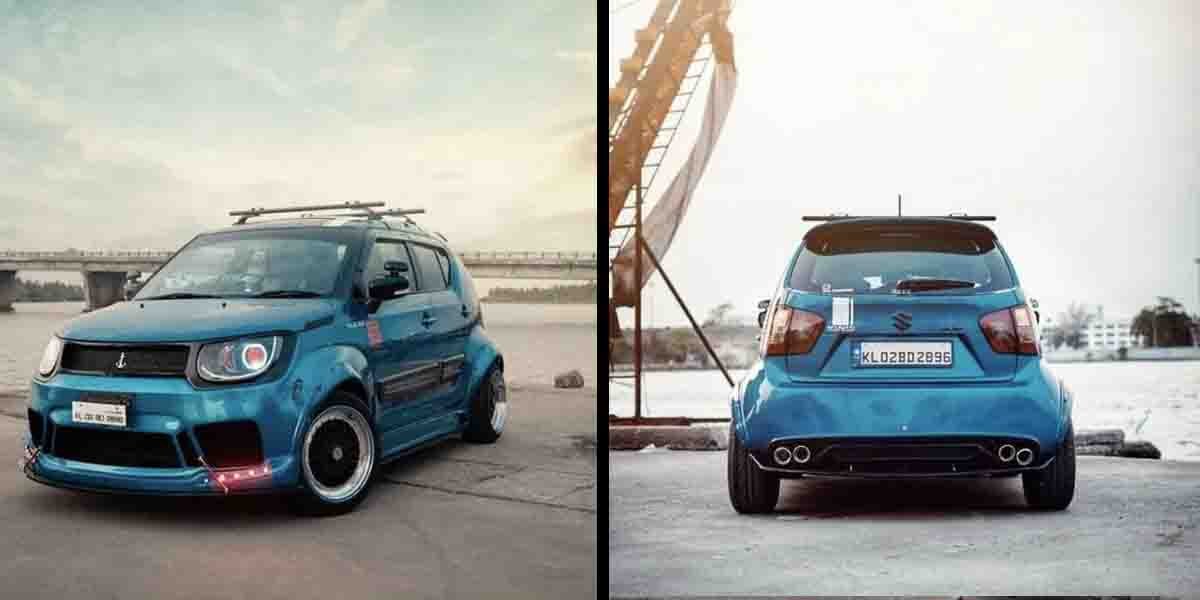 Recently, we got to lay our hands on the pictures of a modified Maruti Ignis which looks really very funky due to the several mods it carries. The owner of the badass Ignis, Vinu Chandran, says it is the first fully customized Maruti Ignis in India as well as Asia. 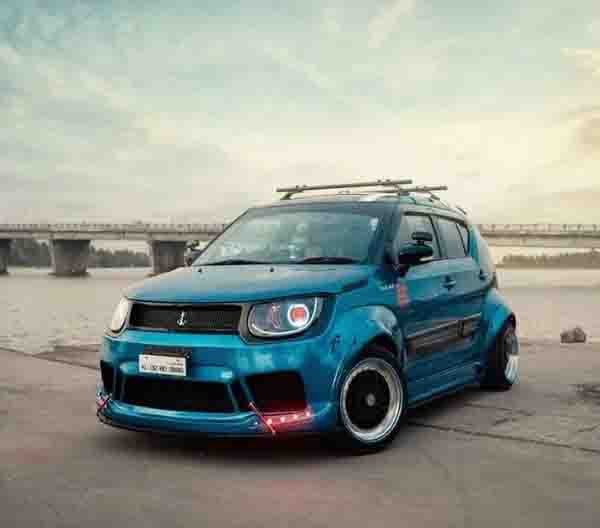 Up front, this modified Maruti Ignis gets a new grille with an anchor logo, revised headlamps and a sporty bumper with huge airdams

There is no doubt that this Maruti Ignis looks mesmerizing. The car is named as Blue Whale by its owner. The hatchback is modified by the guys at 360 motoring and 02 Garage. Up front, it gets a new grille with an anchor logo. Illumination duties are carried out by aftermarket projector units with corona rings and LED DRLs which look quite distinctive.

The bumper is also a customised unit that now stretches all the way down to give the Ignis a low rider stance and comes with red LEDs on both the ends. The ORVM’s have been blacked out and so have been the pillars. The car looks massive, all thanks to beefy wheel arches and muscular fat wheels. The car gets chic looking 16-inch BBS alloy wheels. The rims have been shod with low profile tires that further compliment the car’s lowrider look. Moreover, the side skirts look unique and increase the sportiness quotient of the vehicle. 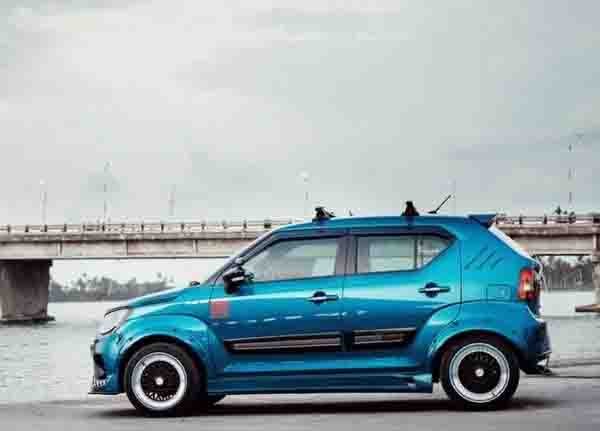 The roof rails look practical and look quite distinctive on the car of this size. At the rear, there is new bumper with faux quad exhaust pipes. The Ignis also gets a custom diffuser along with aftermarket LED tail lights, which make it look even more impressive. 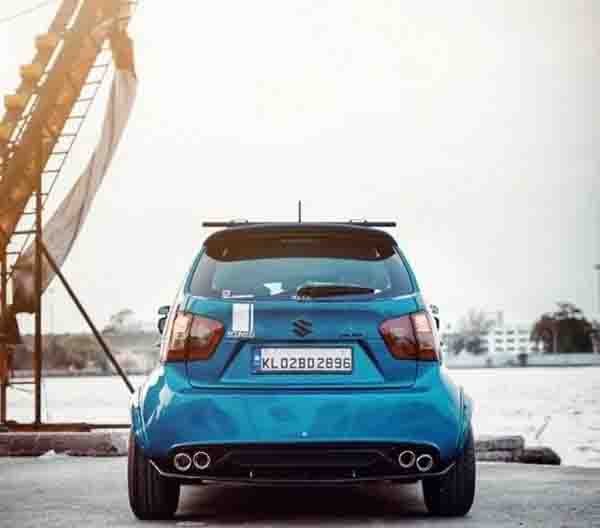 The car looks massive, all thanks to beefy wheel arches and muscular fat wheels.

On the inside, the hatchback gets new sporty seats along with an aftermarket tachometer.