12 0
Recently, a new teaser has been released by Kia to showcase the front end of its first automobile for the Indian auto market, the Kia Seltos.

The Kia Seltos, the first product by the South Korean auto manufacturer for the Indian car market will be launched this year. To prepare for the upcoming unveil of the vehicle which will take place on the 20th of this month, Kia has released a new teaser, which shows the front end design of the SUV. Before going into details, let’s have a look at the teaser.

The new teaser of the Kia Seltos has just been released to showcase the front end design of the vehicle.

The Seltos’s exterior design is no surprise to us since it was just been spied without camouflage just two weeks ago. According to the spy shots, the SUV bears a strong resemblance to the SP Signature concept as regards the exterior design. The two-tone paint scheme has been carried over from the latter to the former. The large ‘Tiger Nose’ grille dominates the front and is flanked by the sharp LED headlights. The vehicle comes with bigger, more fashionable ORVMs, unlike the small units on the concept model; the 19-inch alloy wheels have been replaced by the 18-inch unit. The SUV also features pull-type door handles, prominent roof rails, a chrome window line which extends towards the rear, chrome elements on the A-pillar, and a thick chrome bar which connects the reshaped tail lamps. The spy images indicate the temporary design of the Seltos.

The new teaser only serves the purpose of confirming the exterior styling of the Kia Seltos with the grille being the most outstanding front feature, according to the video.  The SUV will come with a temporary design. 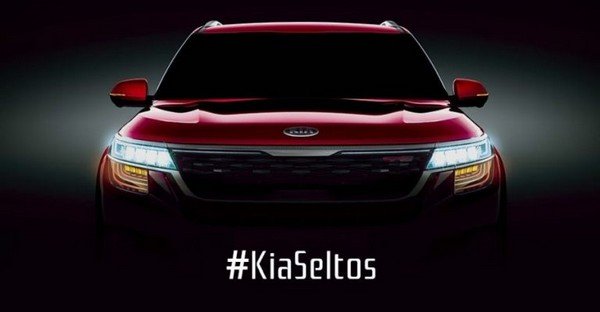 The teaser helps confirms the front-end design of the vehicle. 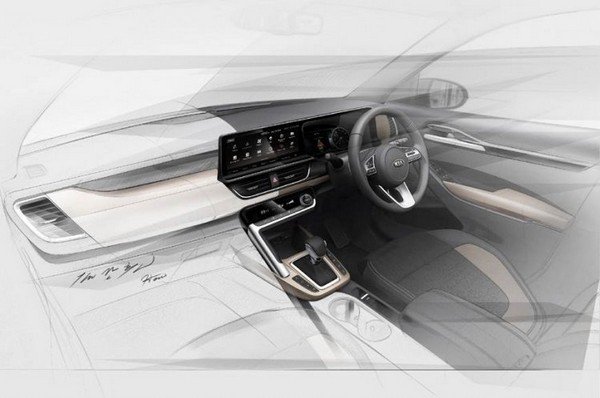 Through the sketch, we can realize that the Seltos will be equipped with a wide array of premium features.

As regards the powertrain, the Seltos is expected to be powered by 1.5-litre turbo petrol and diesel motors, both of which will conform to the BS-VI emission standards right from its launch. The power/torque output of the vehicle will be announced on its unveil in the next two days. These engines are expected to be coupled with 6-speed MT and AT gearbox.

Despite borrowing the platform from the Hyundai Creta, the Seltos will be powered by a different set of petrol and diesel motors. These motors will also likely to serve as the power sources for the next-gen Hyundai Creta. The Seltos will be manufactured at a new plant which has been established by Kia in Anantapur, Andhra Pradesh. Once launched, its lower-spec variants are expected to compete against the Hyundai Creta while its higher-spec ones will take on the likes of the Jeep Compass and the Tata Harrier. The Kia Seltos price is expected to be higher than that of the Hyundai Creta and is also much more better-equipped than its direct rival.

The South Korean auto manufacturer will commence the bookings for the new Seltos soon.  Following the Seltos will be more SUVs manufactured by the company. A Hyundai Venue-based compact SUV is anticipated to be the next big launch from Kia for the Indian auto market.