Modifying a Kia Seltos to look upmarket and don a premium appeal is not a tough job. This one is the HTK+ trim and has been modified to look more appealing than the top-spec GTX+ trim.

Kia Seltos has been the trump card from the South-Korean carmaker. It topped the sales chart for its respective segment for a long duration. Also, it helped the brand make its carve its niche around the Indian buyers. The reason behind this successful debut of the Seltos was that Kia offered the Seltos in 5 variants and with 6 engine-gearbox combinations. This way, Kia could price the Seltos aggressively with a starting price of Rs. 9.89 lakh. That said, the base-spec trims missed out on a lot of equipment. But, they still managed to come with all the essentials that are required in a car. Also, it isn’t tough to customize a base/mid-spec Kia Seltos to look more premium inside-out. 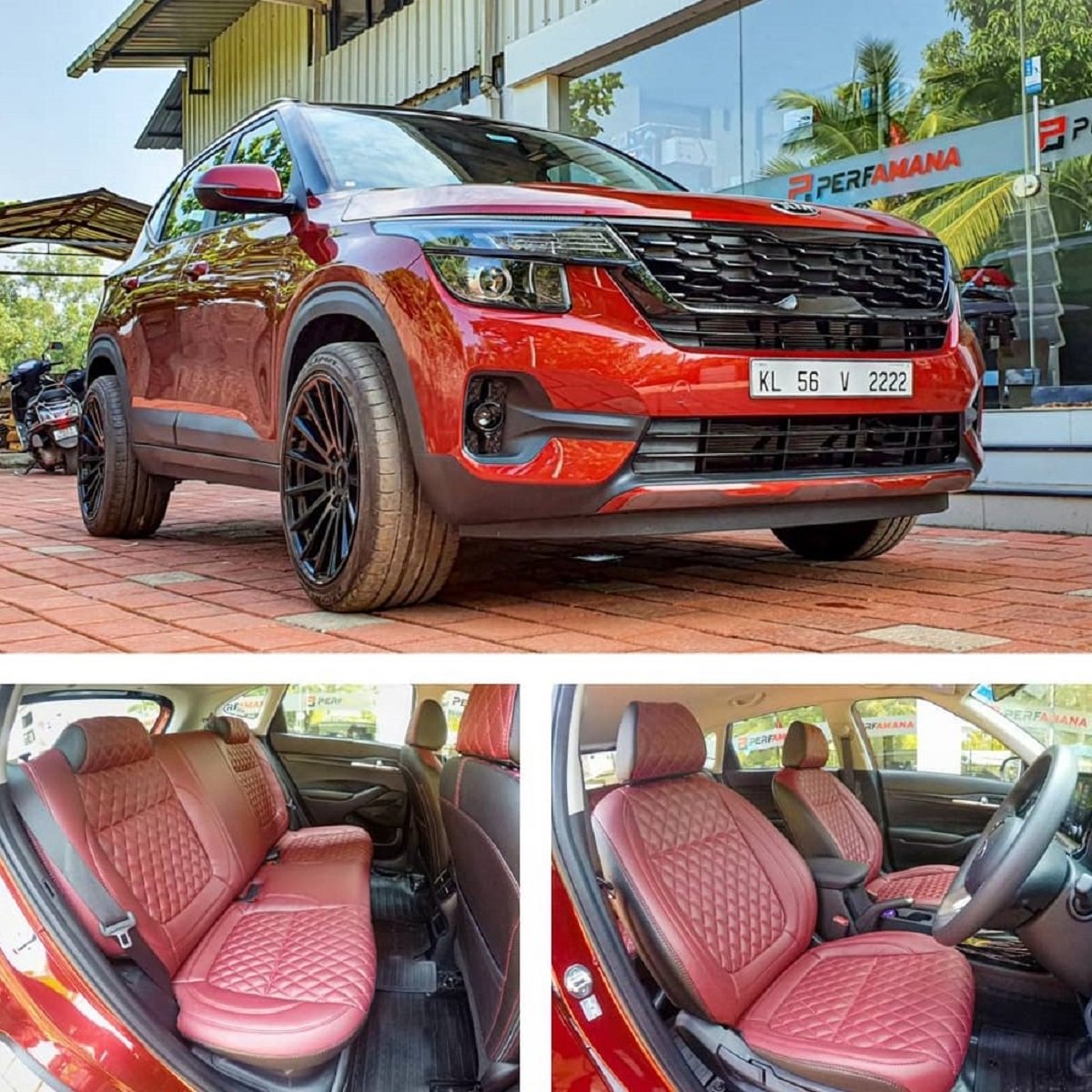 This one in the pictures is the HTK+ trim that has been customized by Perfamana, a Calicut-based tuning house. However, it belongs to Muhammed Mashood, who hails from Koyilandi, Kerala. Coming back to the modifications, the car has been thoroughly de-chromed with the use of piano-black inserts. The radiator grille now dons of a glossy black finish and so is the case with the roof rails and the roof itself. The front and rear bumpers have also been trimmed with piano-black inserts at places. The skid plates at both the ends are painted in a combination of body colour and grey to give it the GT Line treatment. The chrome bits that run around the headlamps have been finished in piano-black as well. The tail lamps, on the other hand, come from the top-spec HTX+ variants, and they now boast of a full-LED setup. The HTK+ variant comes with 16-inch alloy wheels as standard fitment from the factory. However, this Seltos has got rid of them. Instead, it not sits on a set of 19-inch TSW Chicane wheels. On the inside, this Seltos has been trimmed with leather upholstery. It gets Bodex artificial leather seats with a quilted diamond-cut stitching pattern. Also, a shade of red is used for the seats, while the seatbacks are done in black leather. This red-black combination gives the car’s interior a contrasting appeal along with a sense of added premiumness and along with a sporty character.