Take a look at this resto-modded Willy's Jeep, which was made by Mahindra in the early '50s. It now sits on a set of massive alloy wheels with low-profile rubber.

Mahindra has a legacy of making Civilian Jeep (CJ-series) in India. The brand started manufacturing the Willy’s first, which still have a cult following around the collectors. A lot of restored models can often be seen with modern equipment. Here’s one that we came across on a social media platform, which is restored to pristine condition. It gets a lot of changes now to appeal to the younger buyers. To start with, it now features a Nardo Grey paint job that gives it an understated appeal. On the front, the OEM-spec radiator grille is replaced with a modern Angry Bird-style grille. The conventional headlamps have now made way for clear-lens LED projector type units. Also, the big-bulky bumper has been replaced with a slimmer one that boasts of a circular cross-section. On the sides, the steel rims have been replaced by a set of massive 5-spoke alloy wheels. These diamond-cut units look like 20-inches in diameter and are shod with low-profile tyres with a wider cross-sectional area. A fake shovel and scoop have been fitted on either side, while an axe is fixed on the hood. At the rear, it gets the OEM-style tail lamps units. Also, the stock bumper is used as-is, which gets a heavy-duty tow hitch. This open-roof Jeep gets a custom steering wheel that looks sportier in comparison to the metal rim seen in its original avatar. The seats, however, remain stock, nothing fancy there. 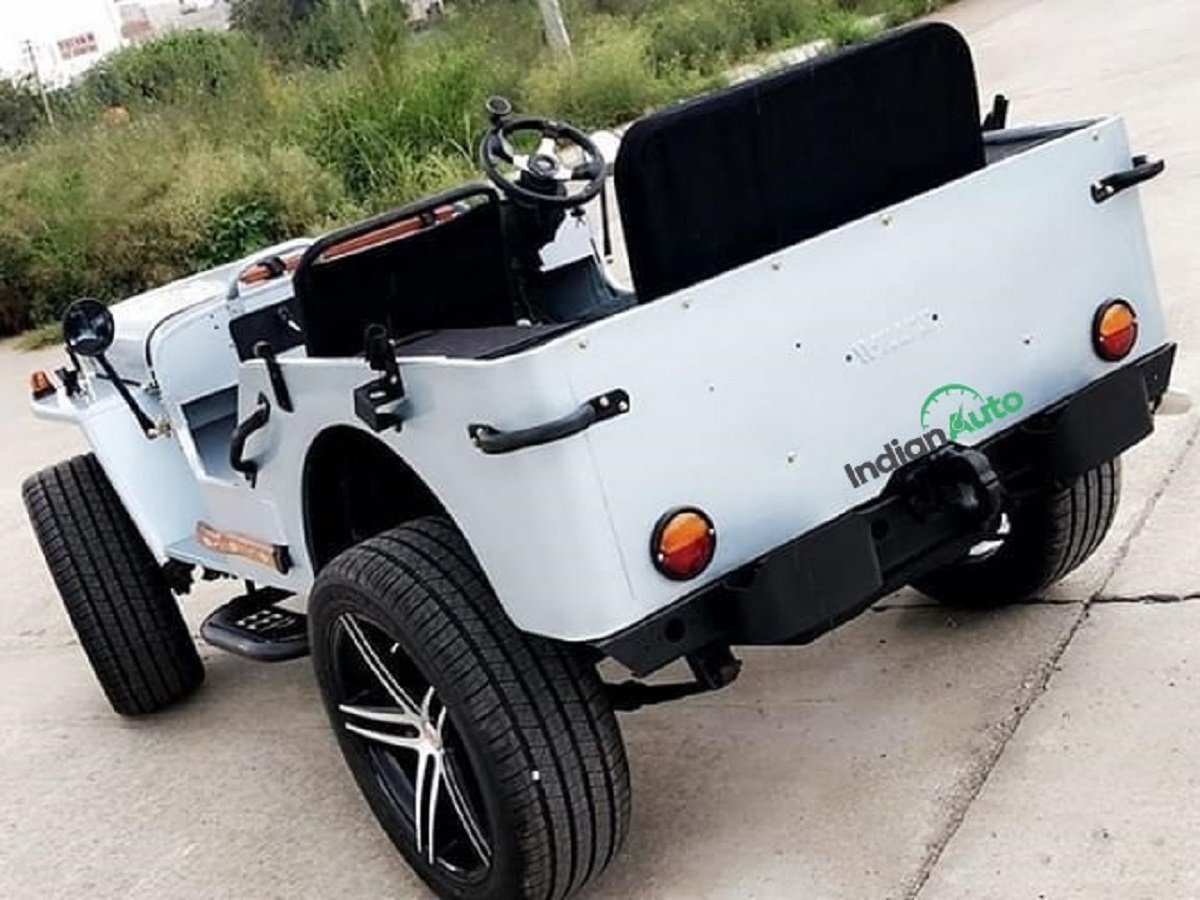 Powering this resto-modded Jeep is a 2.6L turbocharged ‘DI’ engine, which is sourced from Mahindra Bolero. This oil burner develops a peak power output of 63 horsepower, while the peak torque on this unit is measured at 180 Nm. It is mated to an NGT520 gearbox, which is a 5-speed unit where the gear ratio for the tallest gear is higher than 1:1. To improve the braking performance of this Jeep, the restorer has used power brakes with brake booster from Bolero. So is the case with the power steering, which is sourced from Bolero itself. Such Jeeps have now attained the status of collectables, thus they turn up as an expensive purchase.