There’s no denying the fact that the Indian sub-four-metre compact SUV segment is a highly competitive one. We see the continuous arrivals of various car brands in India with the Maruti Vitara Brezza, Hyundai Venue, Tata Nexon, Mahindra XUV300 or Ford Ecosport. Among a plethora of sub-four-metre SUVs in India, the Mahindra XUV300 is among the top hits. In fact, Mahindra & Mahindra has bet big on the XUV300 to take the success story forward in India. The compact SUV by Mahindra then became very popular thanks to the combination of styles, features and price. The popularity of the XUV300 is not limited within the Indian boundaries. Mahindra also exports the XUV300 to other countries like South Africa and the car gains a speedy traction in this country. For the proof of that, here’s the Mahindra XUV300 review by South Korean African media.

If you’ve watched through the video above, you would notice the reviewer said that she was not a big fan of Mahindra. However, that’s not the case for the XUV300. Actually, the video anchor must have been in the company of this vehicle for quite a while to understand its finer nuances. The video starts with the reviewer saying what she likes the most about the new Mahindra XUV300. Frankly, the cheetah-inspired styling design of the XUV300 is winning the hearts and minds of the South African market. And as for the video anchor, the XUV300 is essentially one of the best looking car of Mahindra and the best looker in the segment as well. 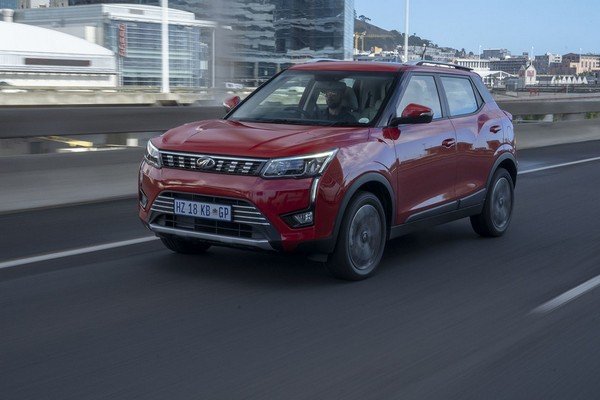 The impression keeps getting better once stepping inside the cabin of the Mahindra XUV300. The cabin looks airy and roomy that again becomes a huge plus for XUV300 when it comes to the compact SUV segment. The light-coloured leather seats look and feel premium. The amount of interior space is impressive, especially in the rear seats. The Mahindra XUV300 is a driver-centric SUV. The features list here is long enough for a nice driving experience alongside the compact car, with the touchscreen infotainment system, dual-zone auto air-con, manual sunroof and seven airbags and more. However, the only downfall on the inside of the XUV300 is its boot space which is a bit tight compared to that of its rivals in the market. The XUV300 offers a boot capacity of 294 litres which is around a hundred litres less than its competitors.

Powering the South Africa-spec Mahindra XUV300 is a 1.2-litre turbocharged petrol engine making 110 BHP of max power and 200 Nm of peak torque along with a 1.5-litre turbocharged diesel unit tuned to produce 115 BHP of power and 300 Nm of torque. The engines are pretty cheaper than the segment and it's fuel-efficient too. However, while driving a diesel-powered model of the XUV300, the anchor could hear a bit of noise filtered into the cabin. 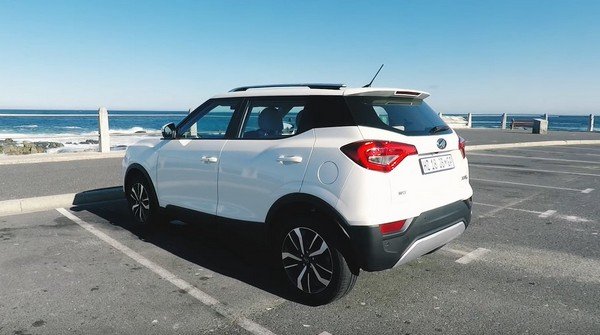 It is a little crumbly and not as refined but one hardly notices it once it’s sort of picking up the speed. Overall, the Mahindra XUV300 with the main USPs being the bold look, nice features and ride quality, managed to get an applause from the South African buyers. Furthermore, the affordable price range, the fantastic warranty and service plan also become a big bonus for the vehicle in the competition. Back in India, the Mahindra XUV300 has become the first India-made SUV to achieve the Global NCAP’s Safer Choice Award thanks to the decent level of safety on offer. The Mahindra XUV300 BS6 diesel variant is set to be introduced very soon.