The Maruti Omni had a long and successful stint in the Indian auto market, but had to be discontinued as it failed to comply with new regulations. We have this Omni EV concept which brings it to the future.

After 35 years of being in production, the Maruti Omni finally reached its end of the line in 2019. Even though it hadn’t been updated in ages, as of March 2019 it was still selling 6-7000 units. The second product to be launched by the company after the Maruti 800, the Omni used the same engine but was a boxy van instead. The Indian consumer loved it as it had ridiculous space for a small footprint and also had the option of an 8-seater variant. Also, it gained a sort of notoriety as the kidnapper’s choice of vehicle in Indian movies! While Maruti doesn’t have any immediate plans to bring the Omni back, Today we have got this render for the Maruti Omni reimagined for the 21st century. As you can see in the pictures that have been uploaded by shekhar_design01 on Instagram, the Maruti Omni EV concept retains the same boxy design of the original but receives several new-age touches. The front-end now gets rectangular LED headlamps with C-shaped LED DRLs and a horizontal LED strip through the centre. Also instead of the flat front end design, the concept now gets a more angular bonnet. Over to the side, it is a simple design with new ORVMs, black lower body cladding, and turn indicators on the B-pillar like the original.

It also gets sliding rear doors like the old model and new squarish wheel arches fit a brand-new alloy wheel design. The rear of the Omni EV concept comes with an LED strip running across the width of the rear. Like the front, it gets C-shaped lighting elements and LED taillights. Overall, it is a really tasteful redesign, keeping the basic original design intact but updating with features and touches that make it feel thoroughly modern. An environmentally conscious movie kidnapper’s choice of a vehicle then! 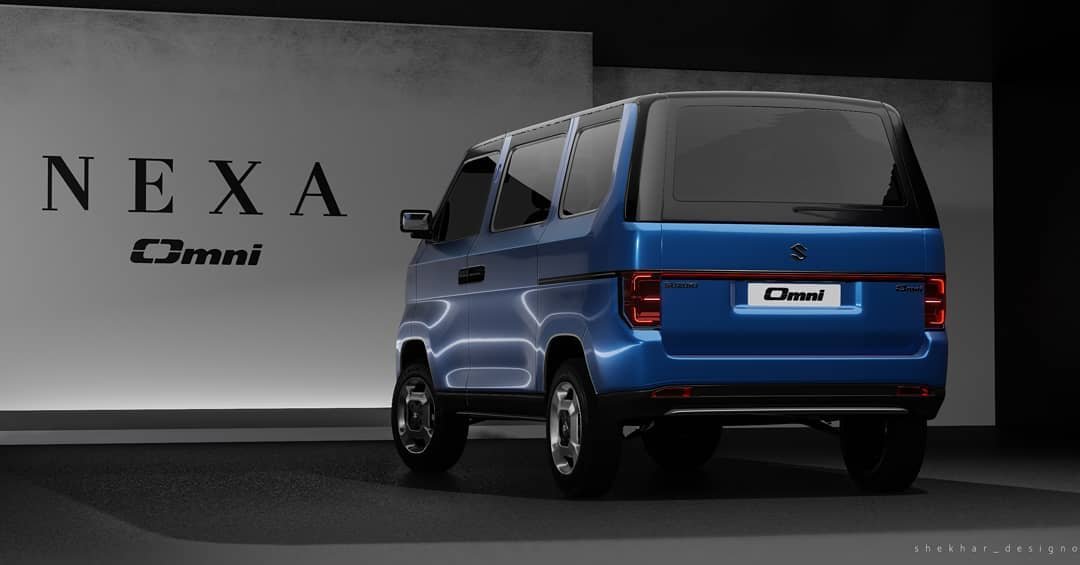 The Maruti Omni EV concept doesn’t reveal any powertrain specifications but should be quite considerably more powerful than the original. The Omni was powered by an 800cc 3-pot N/A engine during the whole of its production span. The engine made peak power and torque figures of 40 PS and 68 Nm respectively and was mated to a 4-speed manual gearbox.