Recently, few enthusiasts conducted a drag race between Maruti S-Cross and Vitara Brezza. Watch the YouTube video embedded below to know the results.

Maruti Vitara Brezza and S-Cross are the last models in the carmaker’s stable to lose their diesel power plants. Initially, both the Maruti cars were offered a VGT-equipped 1.3-litre MJD engine, which puts out 90 PS of peak power. The motor was shared with the Ciaz and Ertiga, but, later, the MPV and the sedan were even sold with a 1.5-litre diesel motor that was developed by Suzuki. The smaller oil-burner, however, continued to be a favourite of many owing to its qualities of frugality and strong performance across the rev range. Here’s a recent drag race between Maruti S-Cross and Vitara Brezza with some unexpected results. The video is uploaded by a YouTube channel named Drive King. 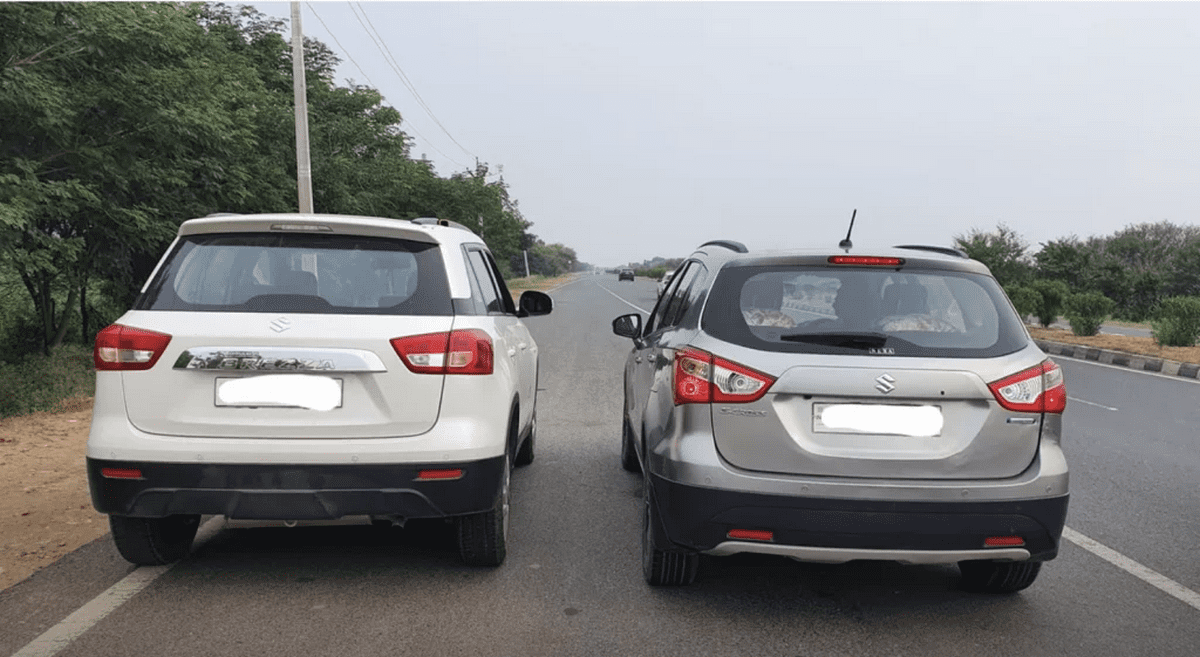 In spite of being lighter and producing the same power from the same motor, the Brezza was not able to accelerate faster than the S-Cross. In both the rounds, Maruti Vitara Brezza was able to move ahead in the fourth gear, but it was not able to beat the crossover in the long run. Right now, both the cars have lost their diesel engines. Maruti Vitara Brezza is now powered by a 1.5-litre gasoline motor that produces 104 PS of peak power and 138 Nm of torque. Transmission duties are done by a 5-speed MT or a 4-speed torque converter automatic gearbox. The same powertrain is even on offer on the BS6 S-Cross.