One of the original tallboys along with the Hyundai Santro, the Maruti WagonR had a long and successful tenure in the Indian auto market. It has been in sale for over two decades, first launching in 1999. People have loved its spacious interiors, fuel-efficient engine, and affordable pricing for a long time now. The Wagon R has been a success story for Maruti any way you look at it. But, due to its practical tallboy styling, the Wagon R hasn’t had a very large community of modifying or tuning for it. Today, however, we have come across this rendering of a Wagon R which looks nothing like the factory version. 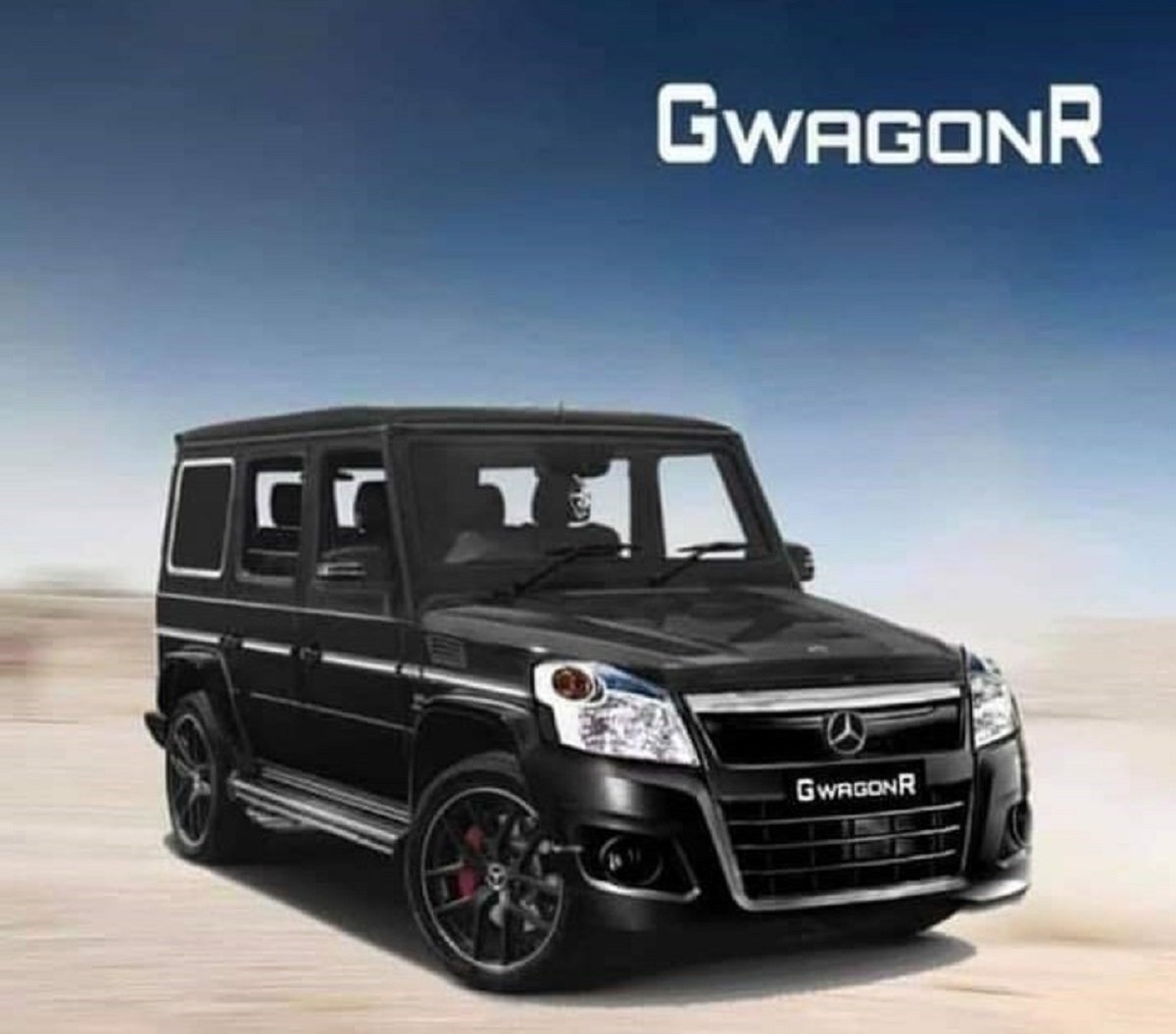 Dubbed the GwagonR, which is a very clever play of words and gets extra brownie points for coming up with it alone. You’ll without doubt notice that it looks extremely different to the Wagon R Maruti sells you. It is a render in which the front-end of a Wagon R has been plastered over a Mercedes G-Class. Except for that, there haven’t been many modifications in the render, though the rearmost windows do get blacked out. Now we think it doesn’t have to be mentioned explicitly that this is a very creative render, whose chances of production are close to nil. Even though the new Wagon R is based on the modular HEARTECT platform, a G-Wagen inspired version would be an extremely niche model.

The third-generation Maruti Wagon R was launched in 2019. As mentioned earlier it’s based on the new HEARTECT platform which also underpins the Swift, Ignis, Baleno, Ertiga and the Dzire. This means it will meet current and upcoming crash test norms while being bigger than the older model as well. Maruti has also quite significantly updated the number of safety features the Wagon R now gets and is now on par with its segment rivals. It gets a driver’s side airbag (ZXi variants get dual front airbags), ABS with EBD and rear parking sensors, apart from other now-mandatory equipment. The top-spec Wagon R ZXi gets creature comforts like a 7.0-inch touchscreen infotainment system with Android Auto and Apple CarPlay compatibility, electrically folding and adjustable ORVMS with inbuilt turn indicators, front fog lamps, a rear defogger, washer and wiper, and more.

Maruti WagonR Atop Hyundai i20 Shows Aftereffects of Carelessness - VIDEO

Prices for the Maruti Wagon R range from Rs 4.45 lakh – Rs 5.94 lakh, ex-showroom. You get a choice of 2 engines with the Wagon R, both petrol. The smaller engine is a 1-litre 3-pot unit which makes 63 PS/ 90 Nm of max power and torque while the 1.2-litre is a 4-pot unit which makes peak power and torque figures of 83 PS/113 Nm. Both engines can be mated to a 5-speed manual or a 5-speed automatic transmission.