25 0
In a video released by BMW, the upcoming MINI Cooper EV has towed a massive aeroplane.

Electric Vehicles are now at the centre of the automobile world. Every car manufacturer in the world is gearing towards launching new electric models with better quality, more power, and longer range. Some electric vehicles are even more powerful than the regular model. We have seen some million-dollar masterpiece EVs with enormous power figures from the world’s leading carmakers. Apart from these electric supercars, we also see a progress in the more popular and mass-market-friendly electric vehicles like the electric version of the iconic Mini Cooper, for example. To illustrate how powerful the electric motors is, BMW had dropped footage of its Mini Cooper EV towing an aeroplane a few months back. The all-electric Mini Cooper will be available in showrooms across the globe early next year.

The video has showcased the fascinating scene in which the electric MINI Cooper has towed a full-size aeroplane Boeing 777F that is more than a hundred times heavier than the tiny Cooper. In fact, the Boeing 777F weights about 150 tons without any payload, while a conventional MINI Cooper weights a little over 1 ton. No details about the distance or the towing process are revealed in the video.

Also Read: 6 Electric Supercars To Rival Tesla In The Future

In the video, MINI Cooper EV is fully camouflaged. It is expected that the EV will come with some essential design features. However, the signature silhouette of the MINI Cooper is kept intact. Leaked images reveal that the MINI Cooper EV will get the E logo on the front grille to differentiate itself from the regular model. 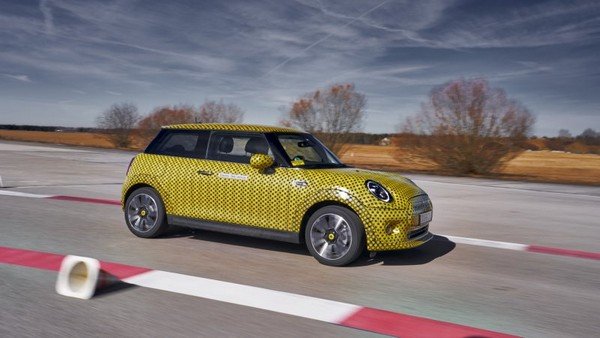 MINI Cooper SE, the name of the electric version MINI Cooper, is expected to launch by the end of this year. This electric model is reported to share the powertrain with the now-discontinued BMW i3. The BMW i3 is powered by an electric motor that delivers a maximum power of 184 BHP and peak torque of 250 Nm. With this motor, the i3 could do 0-96 kmph sprint in 6.8 seconds. The major changes on the electric vehicle might be the new distinctive alloy wheels. As for the interior, no significant changes are expected apart from some slight twists to adapt the electric powertrain.

With regards to the towing capacity, the electric vehicle has an edge over the conventional vehicles. The secret is not the higher power output but the availability of peak torque right when the electric motor kicks in. MINI Cooper EV is not the first electric vehicle to tow an aeroplane. Previously, Tesla Model X 100D has done the same with a Boeing 787-9 Dreamliner.