While we are all eagerly waiting for the launch of 2020 Honda City in India, various car modification houses abroad have already started modifying the new-gen City for more interesting looks. A renowned car modification and tuning studio based in Japan called “RS-R Japan” has recently come up with a modified version of 2020 Honda City to make the sedan look flashier than ever. The new-gen City has been transformed from head to toe into a super-sporty rally car replica. When it comes to the visual modifications of this modified Honda City, it won't be wrong to say that this car looks like a masterpiece. While the original car comes in a pure white paint shade,  the modified Honda City now sports the classy red and grey vinyls on its entire bodywork. This gives an excellent contrasting effect with the blacked-out treatments on the grille, wing mirrors and the hood.

The customized Honda City still features the stock bumper but a front spoiler is added at the same time.  The “RS-R Sport Service” logos of the modification house are taking up the places on the bonnet, both doors and even on the front & rear bumpers of the car. The front fender-mounted turn indicators suggest us that this modified Honda City is certainly not the top-end RS trim model. However, it looks absolutely stunning due to the several modifications it carries

Other major changes to the new-gen City include the addition of the RS-R coilovers, thereby lowering the height of the sedan. Wearing the Tokyo Proxes performance rubber, the newly-added lavish bronze-coloured alloy wheels of the modified Honda City look extra cool compared to the stock version. Not much has been done to the interior of the 2020 Honda City, save for the presence of new Recaro sports seats. Obviously then, that’s enough to spice up things on the inside of the sedan.

Under its new sporty skin, the customized Honda City features an aftermarket exhaust system by RS-R which comes to replace the stock unit. The modified City uses a 1.0-litre turbocharged engine that is good enough for 122 BHP of power and 173 Nm of peak torque. As for the Indian-spec 2020 Honda City, the much-awaited executive sedan will be available with a 121 PS 1.5-litre petrol engine and a 100 PS diesel engine option. The upcoming City will bring in an array of features including full-LED headlamps with LED daytime running lamps, Z-shaped LED taillights, a power sunroof, a 7.0-inch colour TFT MID, Honda Connect, 6 airbags, Vehicle Stability Assist along with Agile Handling Assist and more. 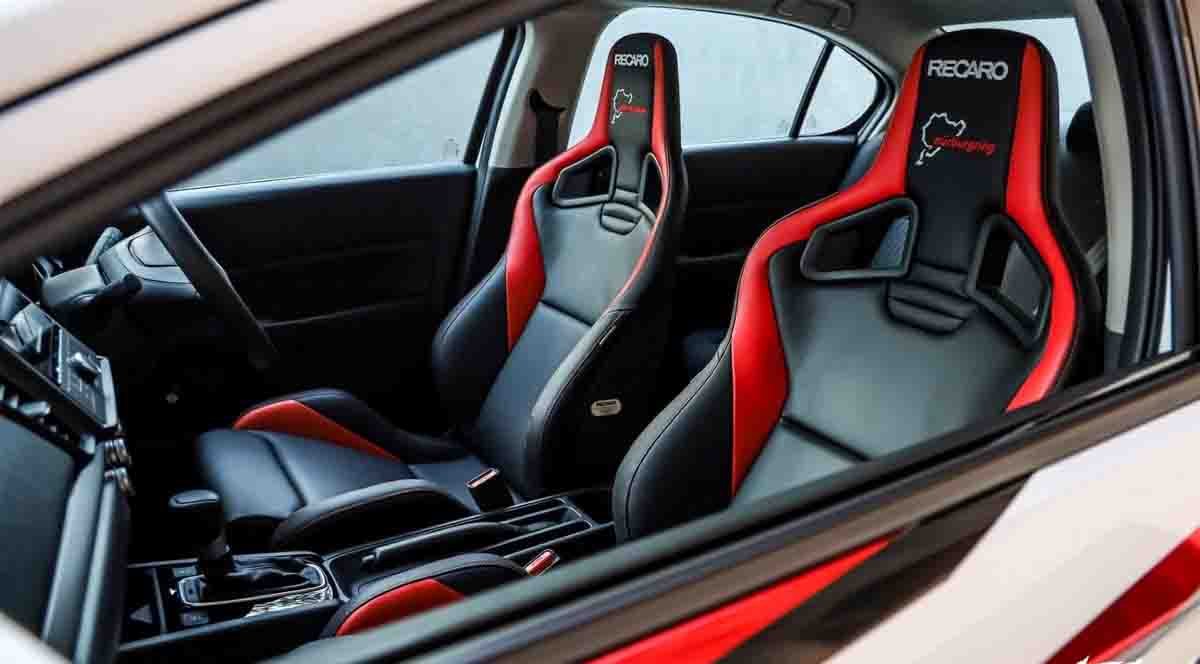 This Modified Honda City Is Bagged With Accuair Air Suspension