This Mercedes G-Wagon Is Actually A Modified Suzuki Jimny

Recently, a Suzuki Jimny has been modified to become a Mercedes G-Wagon for only one-tenth of the price. Read on to discover.

Thanks to its lightweight, compact size and affordability, the Suzuki Jimny is one of the most popular off-road vehicles in the world. It also comes with Suzuki’s AllGrip AWD system, which results in great off-road capabilities. In the video below, a Suzuki Jimny has been modified with fake Brabus body kit to look like a Mercedes mini G-Wagon. The video also shows how good the mod job is beside its donor vehicle with a side-by-side comparison. The video was published by ‘Supercar Blondie’, an Australian auto vlogger. According to the video, Brabus does not produce body kits for any Suzuki cars. The origin of the body kit is not explained in this video. Having said that, the detail level on the car is so high that many people must be convinced otherwise if they are not explicitly told.

Many styling highlights on this modified Suzuki Jimny exist. In the front, the Jimny is equipped with a black grille with vertical chrome slats and a ‘Brabus’ logo, two round headlights with angel-eye LED DRLs, black roof-scoops and hood-scoops. On the side profile, the car borrows the black stripe stretching below the shoulder-line from the G-Class SUV. The new alloy rims are probably upsized from the stock ones. In the rear, the SUV comes with a roof-mounted spoiler and a mounted spare wheel, which makes the car look more rugged. The cabin of the Jimny has been totally restyled with an orange-on-black paint scheme. 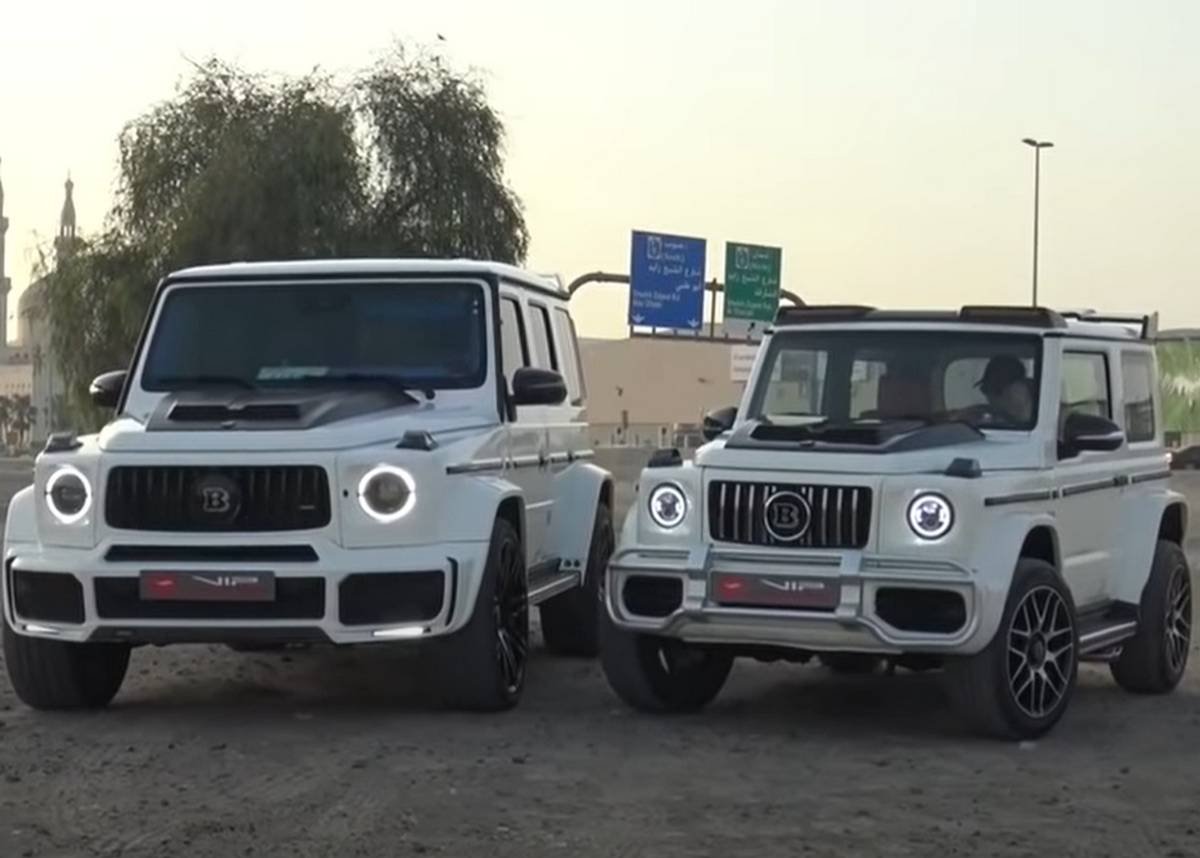 The Suzuki Jimny has been thoroughly modified to look like the Mercedes G-Wagon.

The Maruti Jimny also comes with ‘V8 Bi-Turbo’ badging on the side profile but disappointingly, the engine is still the same as that on the stock car. The modified Jimny receives its power from a 1.5-litre inline-4 gasoline burner which can generate 103 PS with a turbo-kit to increase the power to 200 PS. In the meanwhile, the G-Class Brabus keeps under its hood a 4.0-litre twin-turbo V8 which can deliver 800 PS against 1000 Nm. While the Maruti Jimny and the mod job cost $40,000 (around INR 30 lakh), the Brabus is priced at $380,000 (around INR 2.84 crore).