This Modified Tata Sierra Is The Perfect Ride For The Apocalypse

Check out this brilliantly modified Tata Sierra, which looks ready to explore to the wilderness!

Although the Tata Sierra has been discontinued for nearly two decades now, it still enjoys a cult following in India. Many people who own one love to take it off-road, as the car’s capabilities make it a fun experience. Even though it is quite an old car, it can take quite a lot of abuse off the road. For some people, however, the stock car isn’t enough, and they customise it to enhance its abilities further. Here we have one such example of a modified Tata Sierra.

In the above video, posted by NYC Nagpur on their YouTube channel, we can see a custom-built Tata Sierra prepped and ready to explore the wild. There are plenty of changes to the car that can be seen here. At the front, we see blacked-out headlights with wave-pattern cut-outs, a pair in each headlight. Under that, we see the new fog lamps which provide the actual illumination here. The front bumper has a skid plate and a bull bar for additional protection from the elements. The front grille features the logo of the builders of this modified Sierra – NYC. You also get auxiliary LED lights mounted on the roof. 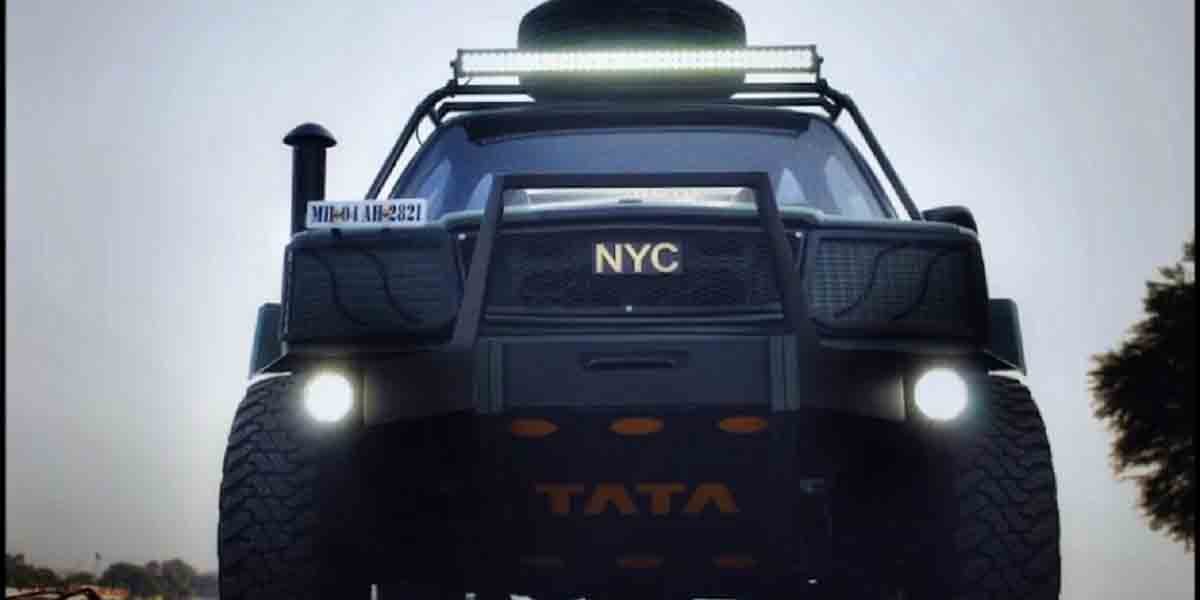 Moving on to the side of the car, we see that a light-duty external roll cage has been added. The wheel arches have also been extended outwards. There is a snorkel added on the right side Even the wheels are different, with large profile, knobbly tyres. At the rear, we see a Jerry can mount instead of a spare wheel, which has been moved to the roof instead. You also get a jack mounted on the tail-hatch, and there are two tow hooks on the rear bumper. Under that, you might also catch a glimpse of the twin exhaust tips. Overall, we’d say that the car is quite a looker, and would probably survive the apocalypse.

Powering the Tata Sierra was a 2.0-litre diesel engine, sourced from Peugeot, which belted out a maximum power of 87 PS and was paired to a 5-speed manual gearbox. Based on a Daimler-sourced chassis, the Sierra was the basis for other UVs built by Tata (TELCO at the time) that followed later, like the Safari, Sumo, and Xenon.