Planing to commute in Delhi with your car during the days odd-even scheme 2019 will be implemented? Here are details of dates, fines, timing, rules, exemption

Every passing year the harvest of rice crop leaves behind parali that affects the transport system of the country’s capital Delhi. Farmers from the states surrounding Delhi cultivate rice and when they harvest the crop it leaves behind the roots and stalk of the Kharif crop. That remaining part is later burnt to get rid of it from the farmland. And the burning process results for the dense smog accumulation in Delhi, that further leads to a deteriorating effect on the city’s air quality index, which has registered at a very hazardous count of 999 at some places in the Union Territory. And to fight this issue, the UT’s government comes up with the odd-even scheme 2019 for the road users. Also Read - Odd-Even Scheme Is Back For Delhi Road Users, Will Ply From 4-15 November. 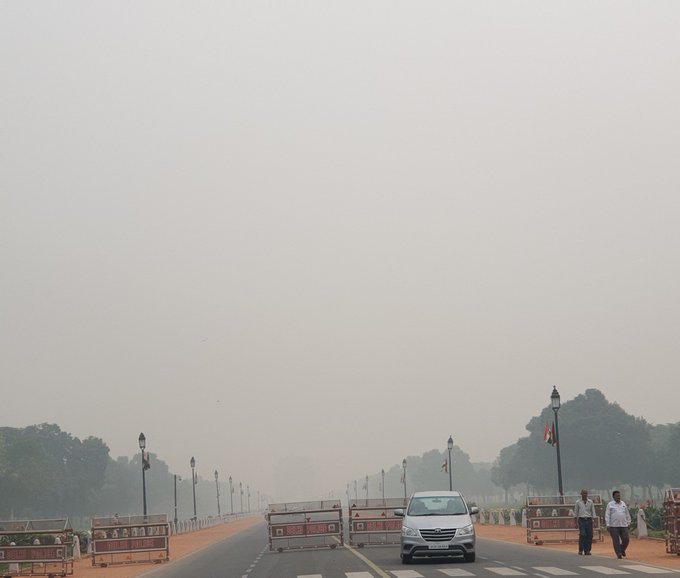 The odd-even scheme is a very simple vehicle rationing scheme that restricts the vehicles owners to drive their vehicles out only on the day they are allowed to. Err… this was a little confusing. So on the odd-numbered dates, vehicle with registration number ending with odd digits are allowed to drive, while on the even-numbered dates, vehicle with registration numbers ending with even numbers will be allowed. In theory, this will limit 50% of the total private cars registered in Delhi.

A study conducted at the University of Chicago revealed that the previous editions of Odd-Even scheme lowered the pollution levels by a substantial 15%, quoted Kejriwal. "Delhi is doing everything from distributing two masks each to every household to implementing the odd-even scheme in the national capital," he added.

This time around it is the 3rd edition of this once a year scheme to somehow suppress the content of pollutants in the air by this car rationing system. Delhi CM has announced that the scheme will come into effect from 4 November 2019 to 15 November 2019. He also tweeted, “Do follow odd-even for the sake of your health, your children's health and your family's breath. Share car, this will help increase friendship, build relationships, save petrol and reduce pollution," to boost the morale of the Delhites to support the initiative. However, there are a lot of changes associated with the policies and rules associated with the vehicle rationing scheme this time. What are they? Don’t worry we’ve got you covered.

Fine for infringement of Odd-Even Scheme 2019

Yes, not abiding by this law will invite penalty to the lawbreaker. Earlier during the first and second edition of the scheme, the fine was fixed at Rs. 2000 for the violators. But this time around it has been hiked up to Rs. 4000. However, the odd-even scheme will not be in effect on Sunday, i.e. 10 November 2019. On the rest of the days till 15th November, the violators will be fined.

The odd-even scheme would not be implemented for the complete 24 hours. It will be implemented for a duration fo just 12 hours in the day, from 8:00 AM to 8:00 PM. Other than these hours, violating the rules won't attaract any fines. There are exemptions, but they the list as long the last years. Talking about what’s not exempted first, the privately owned vehicles running on petrol and diesel are not exempted as before, but so aren’t the CNG and mild-hybrids cars this time. The ministers of Delhi and the chief minister won’t be exempted either.

Discussing what all’s exempted this time, cars driven by women alone, or having all women occupants or children of age 12 or under that will not be fined. Private vehicles carrying children in school uniform will not be fined either. The EVs are also exempted from this scheme. The list of exempted vehicles is long and it includes the vehicles of all major VIPs such as President of the country, Vice-President, Prime Minister, Chief Justice of India, state governors, Speakers of the Lok Sabha, Union ministers, and leaders of the Opposition of both the Houses, chairman of UPSC, Supreme Court judges, chief election commissioners, deputy chairman of Rajya Sabha and Lok Sabha, and lieutenant-general of NCT/Delhi and judges of high court.

Vehicles of law-enforcing authorities such as Army, Delhi Police, RAF, CRPF, and the likes are also exempted from the odd-even scheme.

Any road closures or diversions during the scheme?

As a part of this scheme, the newly inaugurated Signature Bridge that connects Wazirabad to East-Delhi will remain closed for the complete duration of the odd-even scheme.

Is there any special leverage for public transport users? 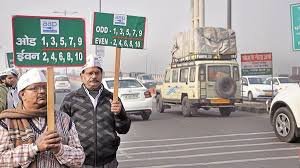 The Delhi Transport Cooperation (DTC) has also announced its support and has affirmed that the complete fleet of both DTC buses and the cluster buses will be out on the roads plying over the different routes. With all buses out, the number of total buses will have an increment of 2000 buses over the current fleet count.

To ensure that the regular commuters are not disturbed with the temporary increase in the commuter count that Metro will address during the implementation of the odd-even scheme by conducting 61 additional trips every day.