Ranbir Kapoor car collection is totally worth a glance. Check out the most exotic cars of Ranbir Kapoor – the widely-praised actor of Bollywood.

For a famed Bollywood star like Ranbir Kapoor, he certainly needs things that can match with his brilliant stature. In fact, the Indian Bollywood actors and actresses also earn enough to splurge on the most expensive set of wheels. It also makes sense for Ranbir Kapoor – one of the highest-paid celebrities of Bollywood. Let’s take a look into Ranbir Kapoor Car Collection with IndianAuto to see the most exotic cars of the superstar. 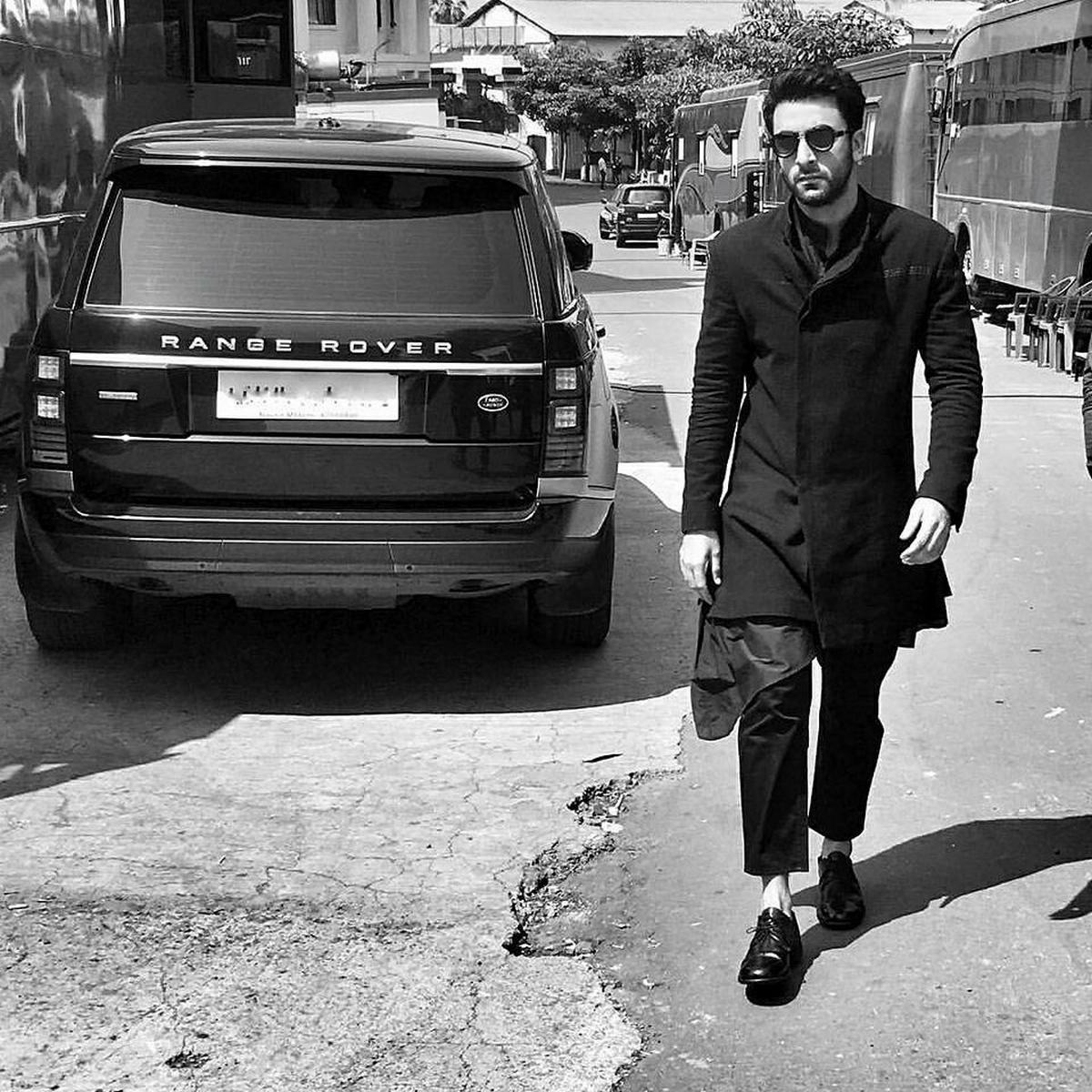 You may or may not know that there are two things that Ranbir Kapoor desires for – cars and football. And this Range Rover of Ranbir Kapoor has proved us that his passion is just too enormous.  Kapoor is a true luxury car nut for sure as he is owning a Range Rover Vogue that is one of the most luxurious SUVs around the globe. The Range Rover Vogue costs him around Rs 1.66 crore and Ranbir was said to have bought this vehicle for a couple of years. This SUV has everything that matches with his persona, be it opulence, performance and comfort. The Vogue gets the power from a 3.0-litre V6 engine that puts out a mighty power of 250 BHP against a whopping torque figure of 600 Nm units. This engine is paired with an 8-speed automatic transmission and also a full-time all-wheel-drive system. Just some months back, the actor was snapped on his Range Rover Vogue cruising down the roads of Khar. The car appears with a single-digit registration number and we are sure that the actor had to pay for the same.

Known as the “rockstar” of the SUVs, the Mercedes-Benz G63 AMG is the next model to be listed out in Ranbir Kapoor car collection. The G63 SUV is a flagship SUV that gives the actor an intimidating status and extra performance on the roads. It has been personalized to the actor’s preference and the customization has been done by Mercedes itself. 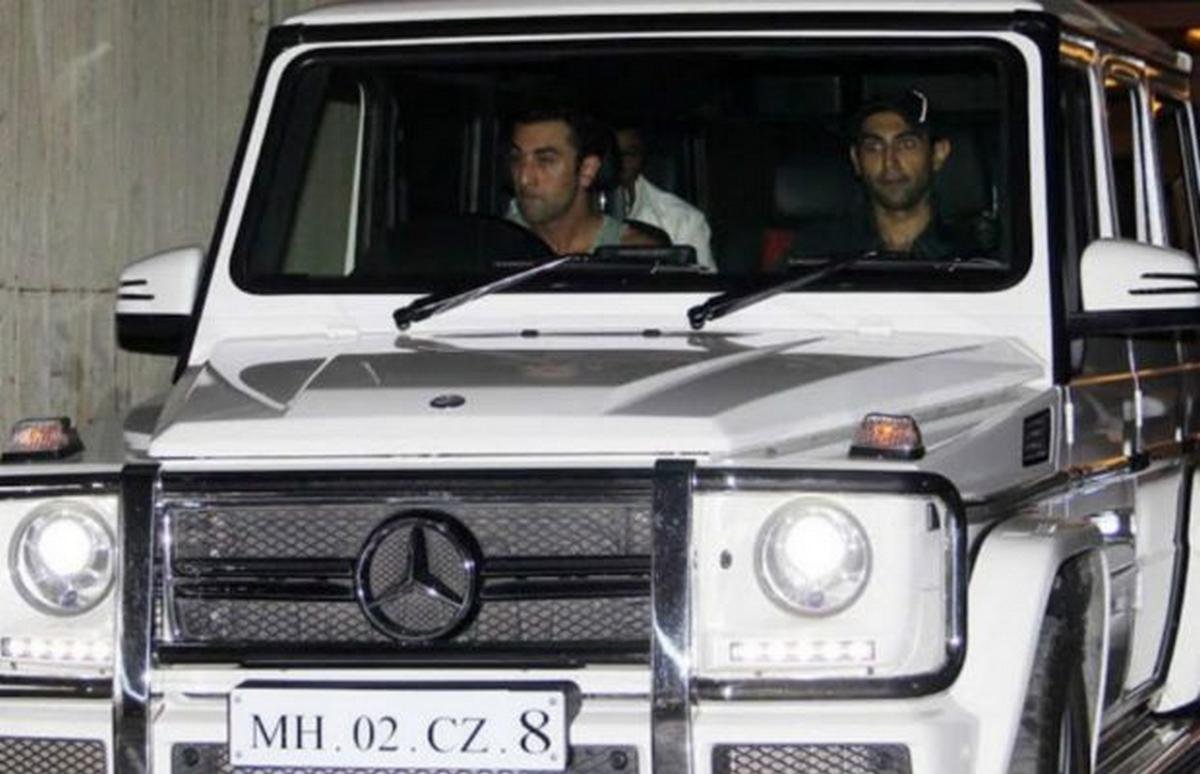 The Mercedes-Benz G63 AMG is one of the fastest models in Ranbir Kapoor’s collection of cars. It makes use of a massive 5.5-litre V8 bi-turbo petrol mill that is capable of developing 552 PS of max power and a colossal 760 Nm of torque. Like the Range Rover Vogue, the G63 is an AWD SUV and it can do a sprint from 0 – 100 kmph in 5.3 seconds before hitting the top speed of 210 kmph. The price for this ultimate off-roader is at around Rs 2 crore (estimated) in India.

The Birthday boy must be a big fan of SUV as the next car in the car collection of Ranbir Kapoor is the Range Rover Sport. Range Rover is a favourite choice for many B-Town celebrities such as Amitabh Bachhan, Alia Bhatt, etc. and yes, the prince Ranbir Kapoor even gets two. Ranbir Kapoor owns a white-coloured top-spec variant of Range Rover Sport that was once among the fastest SUVs of its time. Like the earlier Range Rover, the Sport is also a highly capable SUV. It is powered by a 5.0-litre V8 engine that outputs a max power of 510 BHP against 625 Nm of peak torque. Ranbir Kapoor seems to love the number “8” as it’s again the registration number of his Range Rover Sport. Ranbir Kapoor also spends his love for the four-ringed brand as next up in the list of Ranbir Kapoor cars is the Audi A8L. The Bollywood heartthrob owns a very luxurious A8L that comes with a great W12 engine under the bonnet. Combined two VR6 engines in the same crank, the Audi A8L can double the power, to say the least.

The luxury sedan delivers decent power and torque output of 500 BHP and 635 Nm, respectively. Like many other cars in Ranbir Kapoor car collection, the Audi A8L is also customized to the actor’s likeness. Some reports revealed that the star had been waiting for around 9 months for the delivery of the saloon to his garage.

Audi R8 may not be the latest addition to Ranbir Kapoor car collection. In fact, it was the first super-luxury sports car that the Tamasha movie’s actor has bought after entering the industry but it is certainly the most expensive car with a decent price sticker of Rs 2.72 crore. There’s a rumour that the actor has sold his baby supercar, but still, it is one of the greatest drives to have, isn’t it? Even though the R8 is not in his garage now, he’s sure to enjoy the hair-raising experience in this German saloon.