Having expensive cars does not seems to be cool enough. A Indian businessman in Dubai has blown Rs 60 crores for a special number plate for his Rolls Royce.

Owning a luxury car costs a fortune which common people can't afford. However, in the world of the rich and privileged, owning a super expensive car is much easier. The real game of wealth is not always about who owns what cars but also about a lot of other details, like the car number plate. Unlike the car models, each registration number is unique, which explains why some well-off celebs can bid a fortune on registration number. Currently, an Indian millionaire located in Dubai spent an unimaginable amount of money to get his preferred number plate for his beloved Rolls Royce. 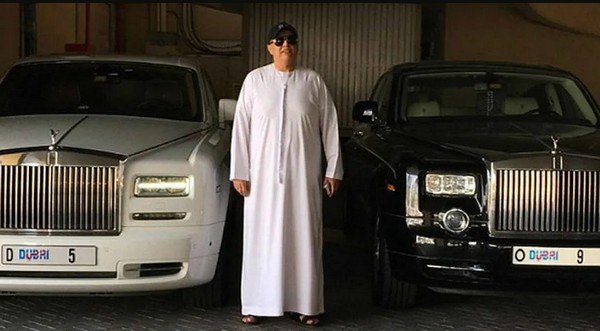 Balvinder Singh, a Dubai-based businessman, has bid for the D5 number plate among 80 special numbers on offer. The auction of the license plate is organized by the Dubai Road and Transport Authority. The Indian business who is also known as Abu Sabah has blown away 33 million Dirhams for this number plate since he regards 5 as his lucky number.

Notably, the buying of this special number plate is not purely an act out of impulsiveness. In fact, it is not the first time Balvinder Singh has bid for a special number plate. Previously, he has already spent 25 million Dirhams which is equal to Rs 45.3 crores for an O5 number plate, and the Indian businessman does not seem to end his affection for special registration number anytime soon. He hopes to expand his collection with more costly number plates in the future.

The bidding operated by the Dubai Road and Transport has attracted more than 300 bidders for 80 number plate, among which the D5 got the most attention. After being sold for 60 crores to the Indian businessman, it has become the most expensive throughout the history of the bidding process. Probably, this one also broke the record as the most expensive number plate in the world.

Even police cars are supercars in Dubai

How rich this man is to spend such a ridiculously big amount of money for one number plate, you might wonder. Nevertheless, considering that he is the owner of approximately 100 cars in his garage, it comes as no surprise that this man can pluck down Rs 60 crores for just a registration plate. Balvinder Singh is a renowned realtor in UAE, his business even expends to other countries besides the UAE. He is also the founder of RSG International which is running a business across UAE, Kuwait, India, and the US.

Opening number plate auction is a way for Government authorities to raise money. Such biddings are regularly held to attract billionaires and celebrities in this prosperous city. The lavish lifestyle of this city is the most talked-about topic across the globe. Dubai is also known as the hub of the world’s greatest luxury cars. Having a Roll Royce is not worth mentioning in this city but spending the same amount of money or even more, on the registration number might say something about your wealth. It seems that it’s only in Dubai can we see such unlikely events where people shell out such a massive amount of money just for the plate number. For more interesting stories, visit IndianAuto.com