The Best British Cars In The History

Have you ever wondered what are the best British cars throughout the history? Check out this article to find the top 10 amazing cars in the UK.

The British are believed to have various tastes of automobiles. Cars in the UK market come with a lot of options whether they are luxurious sports cars or standard family cars. Because of that, they have always had the most unique or outstanding cars which attract people all over the world. And, below is the 10 best British Cars in the history. The Phantom VI was one of the most quintessential British cars during the late nineteenth century. It was first introduced in 1968 and had been staying in Rolls-Royce’s catalogue for 22 years. However, nowadays, Rolls-Royce Phantom VI Limousine is nothing more than a rare automotive ideal. What made the Phantom VI become so hot in its time was the silence of the engines, smooth driving experience, luxurious interior, and exclusiveness. There were only 374 of these giants produced, and most of the Phantom VI wore hand-cràted covers manufactured from London. The early examples were powered by a 6.2-litre V8; the later ones, however, carried a V8 engine up to 6.75-litre producing a maximum of 250 hp. Harry Morgan first introduced his three-wheeled cyclecar at the Motorcycle Show in 1911 and Morgan Motor Car Company has been owned by his family since 1909. And in 2011, the company announced to launch Morgan 3 Wheeler at the Geneva Motor Show. The 3 Wheeler was expected to have a Mazda 5-speed manual transmission and a V-twin engine. The power of the rear wheel was supposed to produce up to 115 hp. However, when established at the show, the model turned out to have S&S engines. Morgan 3 Wheeler can accelerate from 0 to 60 mph in 4.5 seconds, and hit the top speed of 115 mph. Interestingly, Top Gear awarded the model the "Not-A-Car of the Year 2011". The McLaren P1 is a supercar that attracts everyone

No car lover would not know the famous supercar McLaren P1. This ultimate supercar P1's hybrid powertrain is both gasoline and electric. What's more, the 727 horsepower 3.8-litre V8 combines with a 176 horsepower electric motor to give the McLaren P1 a total of 903 hp output. What a powerful supercar! And yet, only 375 cars were produced, which make them the most wanted limited editions. 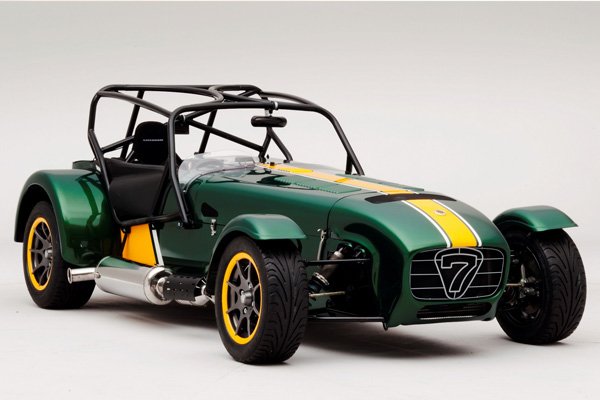 Lotus Seven was designed by Colin Chapman, Lotus founder, and has been seen as the embodiment of the Lotus philosophy of performance through simplicity and low weight. First introduced in 1957, it was equipped with a Ford’s 1172cc inline 4-cylinder engine which was able to produce up to 40 hp. The Lotus Seven’s design has spawned a host of imitations on the kit car market, which generally called Sevenesque Roadsters or Sevens. After the production of Lotus ended in 1972, the rights were sold to Caterham. And today, Caterham manufactures both fully assembled cars and kits based on the original design. Before becoming the one that helped define the class of sport-utility automobile in the UK, Land Rover Defender was a well-known modified pickup truck. It was widely used in the countries by military, farmers, citizens, etc. Besides, in 1992, the first special edition Land Rover Defender was produced and named the 90SV (SV stands for "special vehicles”). They were covered in turquoise and fitted with a black canvas soft top with standard door tops. Also, alloy wheels were fitted together with rear disc brakes. In spite of the Defender’s sporty appearance, it used the standard 200Tdi turbo diesel engine. Surprisingly, only 90 cars were made for the British market. The Jaguar E-Type 3.8 was seen as one of the most beautiful sports cars

Beneath its aerodynamic skin, Jaguar E-Type possesses an extraordinary engine, a refined independent suspension, and modern disc brakes that were derived from the legendary D-Type. On its launch in March 1961, Enzo Ferrari called it "the most beautiful car ever made". And in 2004, the E-Type ranked first on the list of Top Sports Cars of the 1960s of Sports Car International magazine. What’s more, in March 2008, the car was placed the first in The Daily Telegraph list of the world's "100 most beautiful cars" of all time. In the picture is a Cross-sectioned 1959 BMC Mini MK1

The Mini was born due to a fuel shortage caused by 1956 which caused a high demand for fuel efficiency. The British had a huge interest in the cute newcomer. In 1999, the BMC Mini was called the second most influential car of the 20th by a group of automotive writers. Although there was a new version of BMC Mini, it was also developed and followed the original one The Bentley Continental GT is a grand tourer which was manufactured and marketed by Bentley Motors, a British automaker since 2003. The first generation was equipped with a 6.0-litre twin-turbocharged W12 engine which could accelerate from 0 to 100 km/h (62.1 mph)  in just 4.8 seconds, and reach the top speed of 318 km/h (197.6 mph); besides, the engine was able to produce up to 616 hp. Only until 2011, the second generation of Bentley Continental GT was born and it has a variety of versions including GT W12, GT V8, GTZ, GT Speed Convertible, etc. 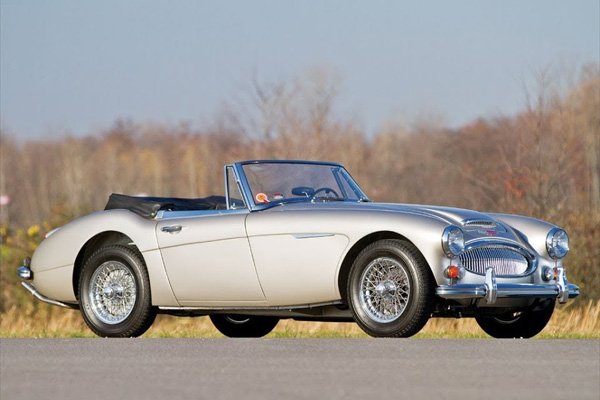 Austin Healey 3000 MarK III is one of the affordable British post-WW2 sports cars. The 3000 Mark III was announced in February 1964, and its power increased to 150 bhp thanks to a new higher lift camshaft compared to the previous version. The Mark III remained in production until the end of 1967 when the manufactures of Austin-Healeys ceased. In addition, 17,712 Austin Healey 3000 MarK IIIs were manufactured. 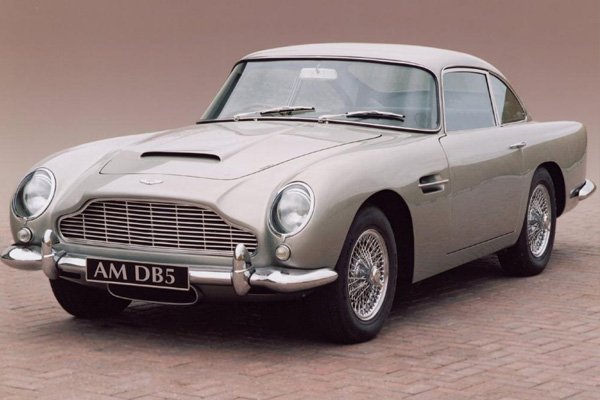 If the Bentley Continental GT is a powerful grand tourer, the Aston Martin DB5 is a luxurious one

Released in 1963, the Aston Martin DB5 is a British luxury grand tourer (GT). And this car is famous because the DB series appears in James Bond movies and many other films and TV series such as The Noble Sportsman and The Saint. Specially, thanks to John Stears, who modified the DB5 in the film Goldfinger (1964), the Aston Martin DB5 becomes one of the best-known cars worldwide.

Game-changing Ideas For City Driving That Will Blow Your Mind