Recently, some students have created a Batmobile replica based on the Mahindra Xylo. The modified vehicle looks crazy.

The incorruptible Batmobile has appeared in many movies and become one of the most iconic superhero vehicles in the DC Comics Universe. In each new movie, Batman’s car looks more aggressive. The Batmobile is only a fictional car, but many people would dream to have real-life experience in this car, even only a replica. Numerous Batmobile replicas have been produced around the world. However, the first Batmobile replica has just been created in India by a group of students and it looks wild.

Tumbler Car In Batman Running On The Streets Of Pune

This Batmobile clone is created by some students from Zeal Education Institute in Pune. They received the funds from the college and created the whole ‘masterpiece’ by themselves. The replica looks quite like the original Batmobile and comes with all the necessary decorative elements on the outside. The students spent about 50 days completing the product, which is such a short time. The total expenses of the entire project are only INR 3.58 lakh.

Firstly, the students created a scale model of the Batmobile, based on which the life-size Batmobile replica was made. The car body gets a multi-layered design. The vehicle comes with an all-black paint scheme, which satisfies Batman’s demands in the movie. Interestingly, it is also equipped with an all-black opaque windscreen, which means that the driver cannot see outside the car. In the front, four tyres are mounted on two single-sided swingarms to make the vehicle resemble that in the movie as much as possible. In the rear, the Batmobile features a wing, a massive faux jet-propulsion setup and large four tyres. 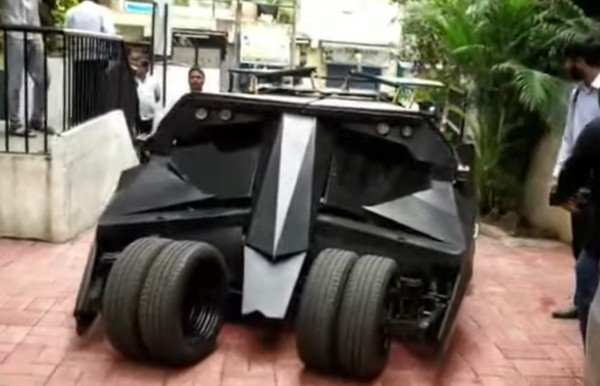 The Batmobile replica comes with numerous exterior features to look like the original vehicle as much as possible.

In terms of the interior, everything is created in-house. The most outstanding one might be the roll cage, which serves the function of protecting the occupants if the vehicle turns upside down. Above the driving wheel, a large screen is mounted. No windows are available to ensure the utmost privacy for Batman. To compensate for this, cameras have been equipped all over the cabin which send the information on the surroundings to the screen. 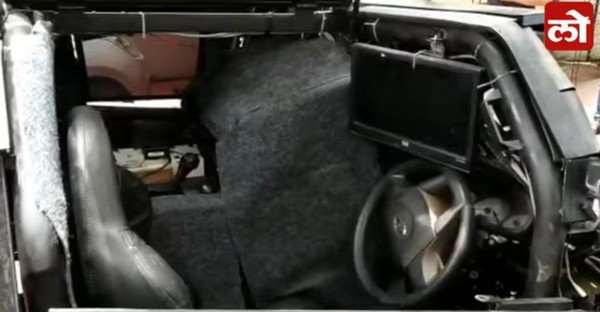 The interior of the Batmobile is specifically designed according to Batman's tastes.

Many components in this Batmobile are borrowed from the Mahindra Xylo such as the prop shaft and the gearbox. The former’s 2.6-litre oil burner is also sourced from the latter. The Batmobile can hit a maximum speed of 125 kmph, far slower than the one in the movie. However, for Indian roads, this speed is quick enough.

As per the video, the students are going to have the Batmobile certified by ARAI. After that, they will produce more units of this amazing car. Nevertheless, whether they will put it on sale in the Indian auto market remains unknown.

If you are interested in modified vehicles in India, pay a visit to IndianAuto.