The electric SUV by Triton Solar tech company has been unveiled with its dream-like specs that give the car more range than two Tesla Model 3 EVs combined.

The EV segment has been on a rise in many automobile markets. Experts claim that electric cars will be the future of the automotive industry and carmakers have already started bringing in a slew of promising products to the market. A US-based tech company has recently introduced its first-ever electric SUV named Triton Model H. It is claimed to offer twice the range of a popular electric car – Tesla Model 3. 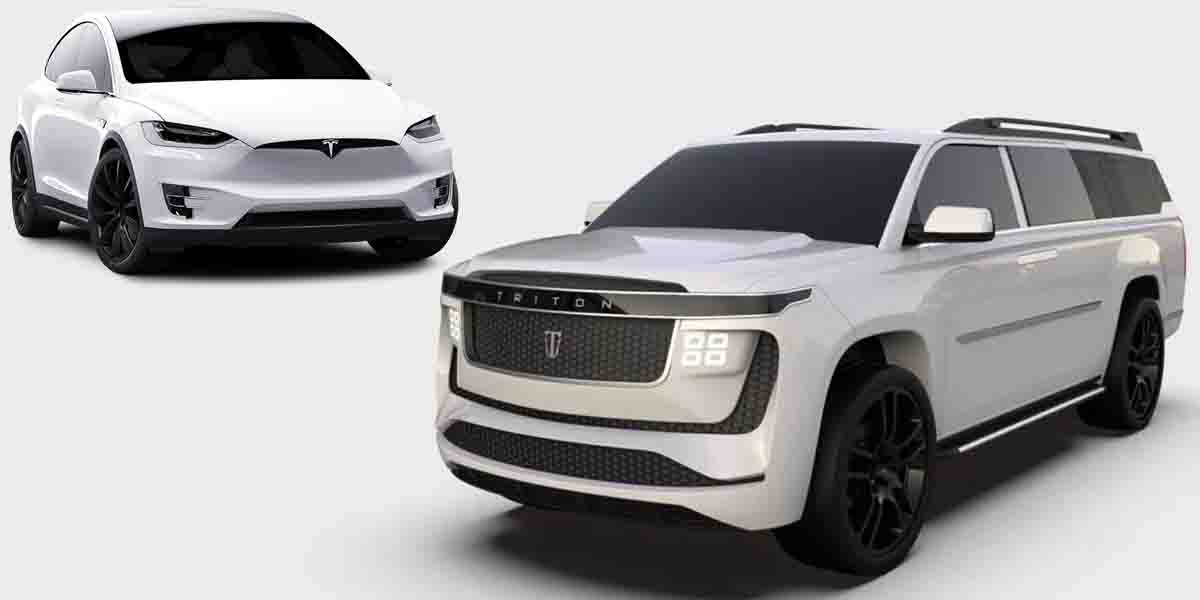 Coming with mind-blowing specifications, the Triton Model H offers a “dream-like” battery range of 1126 km, which is more than double the range of a Tesla Model 3, which comes with a range of 519 km. Being the first-ever EV produced by Triton Solar – a technology company based out of New Jersey, the Triton Model H is an eight-seater electric sports utility vehicle that comes with a brilliant electric powertrain. The Trion Model H is equipped with a 200 kWh battery pack that lends the electric SUV a high efficiency of up to 700 miles ( approx. 1126 km) on a single charge.

The electric SUV gets an all-wheel-drive system which features an electric motors on all four wheels. With this excellent powertrain system, the Triton Model H can achieve the “thrill-filled” performance figures with a maximum power output of 1500 horsepower. The Model H claims an acceleration time from 0 to 60 mph in only 2.9 seconds, thus making it as fast as a supercar. What’s even more amazing in the Triton Model H is that the electric SUV gets a towing capacity of 6,985 kg, which is enough to pull super-heavy cargo but not at the expense of the driving comfort. Considering these claimed figures, the Triton Model H should be the longest-range electric vehicle in the international market upon its arrival. It's not known what type of body structure the electric SUV Triton Model H uses and if the range is tested on the EPA or WLTP test cycle. Further information will be disclosed once the electric SUV gets into production.