With the enormous potentiality of an emerging market, India has chances to know the fastest cars with unbelievable horsepower entering our market. This is the top 10 fastest cars in the Indianauto’s rankings.

For car lovers, the passion to control the speed is endless. Initially, the fastest car was recorded at the peak speeds of 30-50 kmph. With the breakthrough of the automotive industry, many high-performance models could reach the top speed of over 300 kmph. India has welcomed some incredible 4-wheelers with the spectacular performance for a couple of years. So now, it’s high time to discover the top 10 fast and furious ‘beasts’ in India.

The first purpose-built legendary supercar of the Japanese automobile manufacturer, the Nissan GT-R R35 sits on the 10th position on our list. The car was designed and manufactured to be the first official participants in the competition with experienced manufacturers like Ferrari and Lamborghini. Breaking the whole new horizon of responsiveness and performance, the GT-R R35 of the “amateur” Nissan achieved the success for being the bold sharp functionality in the vehicle. 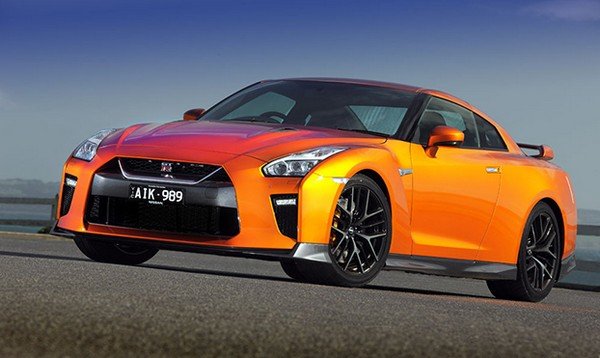 The years of attempts to work on the high-performance engine and car’s components seemed to pay off. Received the power from a 3.8-litre twin turbo V8 engine producing the max power of 570 bhp and the peak torque of 637 Nm along with the drag coefficient of 0.26, the GT-R is so aerodynamic that it is capable of tearing up the tarmac like a wind. This is the most affordable vehicle in the top supercar list in India.

The highly commendable car brand, Mercedes-Benz is also a ‘giant man’ in the luxury car segment. Excelling in the field of luxury auto manufacture, the carmaker also succeeds in the sport side with the first in-house supercar named AMG SLS was introduced back in 2010. The sportiest premium world-renowned Mercedes-Benz AMG GTR entered the Indian land in 2017 with a 4.0-litre V8 BiTurbo engine (M117). The mill can churn out 577 bhp of power and 700 Nm units. 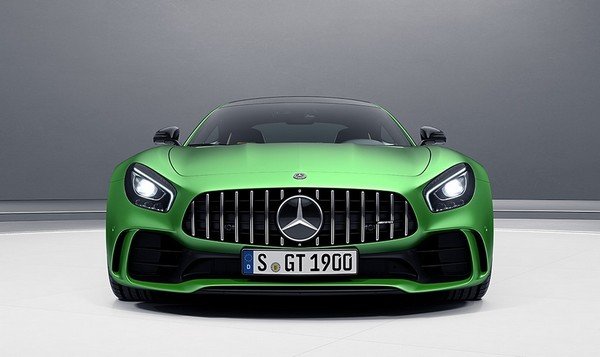 The Mercedes-Benz AMG GTR is the automaker's warhead

Directly inspired from the GT3 Competition, the AMG GTR are equipped with a host of hi-tech components such as the AMG Ride Control Suspension, a 7-speed DTC transmission, traction control along with a rear-axle anti-slip differential. The agile athlete could accelerate from 0-100 kmph in only 3.5 seconds at the top speed of 319 kmph.

Expanded its portfolio in 2012, the second most expensive Aston Martin in India was launched at Rs 3.85 Crore. Well-known for being a prototype in the James Bond’s film, the Aston Martin Vanquish comes masterfully in reality as the combination of luxury and speed. The robust look from the outside and the sense of cosiness and comfort from the inside make the uniqueness of the super vehicle. Sourcing the power output from a 5.9-litre naturally aspirated V12 engine good for 595 bhp and 630 Nm units with a ZF 8-speed automatic transmission, the Aston Martin Vanquish is truly an aggressive athlete. The British marque added cutting-edge technology and aerospace grade carbon fibre in the external body panels to enhance the driving experience. The car can shift the gears in only 130 milliseconds like an eye blink. 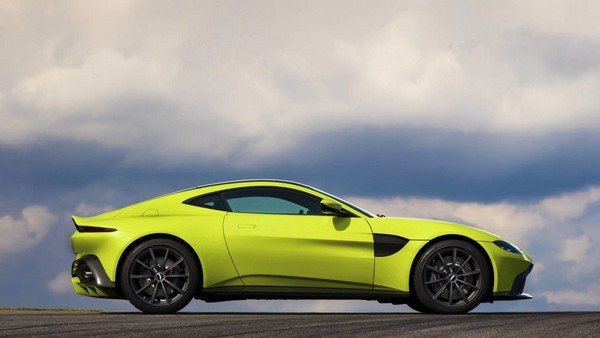 The next brilliant car in the list is the Lamborghini Huracan. Has been long in the tooth in manufacturing supercars with incredible performance, the Italian automaker still assures its position among the various celebrated car brands. The flagship Lamborghini Huracan is a highly appreciated generation with the bold striking aesthetical beauty along with the thoroughly impressive driving performance from the vehicle.

If you are attracted by the outside appearance of the Huracan, try not to be hysterical when your eyes absorb the performance of the car in reality. Powering the Lamborghini Huracan is a 5.2-litre V10 engine putting out 603 bhp/ 560 Nm of torque. Besides, the LDF system and LDI sensor module are the technical highlights of the Huracan that helps improve its performance to a new level.

Launched in India in 2016 Delhi Auto Expo, the Audi R8 V10 Plus is among the top fast and furious vehicles in the country. The famous German marque obtained the triumph right after launch thanks to the similar level of performance but more affordable price as compared to its rivals- Lamborghini models. 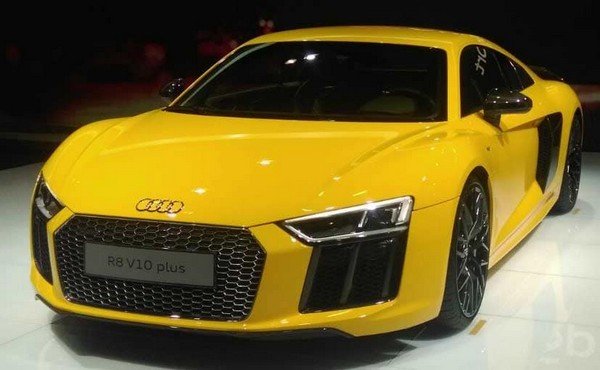 The R8 performs brilliantly in the race with the max power of 610 bhp and the torque of 560 Nm released from a 5.2-litre FSI V10 engine that is as same as the Huracan.

The British luxury carmaker has equipped the new Bentley Continental GT with a 6.0-litre W12 Twin Turbo engine generating the power of 635 bhp and a hard-to-believe 900 Nm of torque. In addition to the opulence, the supercar is astonishingly packed with a great deal of advanced tech and an 8-Speed ZF Dual Clutch Transmission, a 48V Active Roll Control system along with a Variable Displacement Tech. A luxury vehicle of the British brand, Bentley Continental GT W12 comes in the 5th post The Ferrari 488 GTB has the top speed of 331 kmph and the acceleration of 2.8 seconds

It’s not enough if the list of India’s supercars lacks the presence of the Ferrari 488 GTB. Another Italian marque, Ferrari has manufactured a top-notch vehicle named the Ferrari 488 GTB which landed on the Indian roads two years ago. Using a smaller 3.9-litre V8 engine with a twin turbocharger system and a 7-speed AMT, the 488 GTB is capable of making 661 bhp of peak power and 760 Nm of peak torque. A number of technological fitments are also of help improving the aerodynamics of the car such as the carbon-ceramic discs, a magneto-rheological damping system, side-slip control together with a wind tunnel. Ferrari continues to be the prominent brand to bring the second fastest car in India earlier this year. True to its name, the Ferrari 812 Superfast is like a mad successor offering the comprehensively gorgeous looking and an imposing responsiveness. Utilizing the world’s most powerful 6.5-litre V12 naturally aspirated engine sending 789 bhp and 718 Nm of torque, the car is fastened by a wide range of stonking technologies like the air channelling system with separated vane for the brakes. With the peak speed of 339 kmph, the supercar can travel up from 0-100 kmph in only 2.9 seconds, giving the breathtaking driving experience for the drivers. 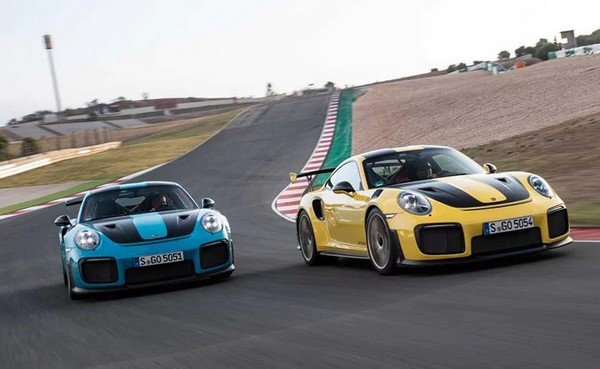 Standing majestically at the no.2 of the ranking is the Porsche 911 GT2 RS. The nameplate 911 maintains its reputation as always with the 911 GT2RS which was made available in the domestic market on July 10 2018. While being substantially cheaper than the Ferrari 812 Superfast, the 2018 Porsche 911 GT2RS has been built to be the fastest accelerating vehicle of the list.

For who like the thrilling adventurous feelings, the Porsche 911 GT2RS is totally worth-to-try. As fast as a race car, the 911 GT2RS gets a 3.8-litre twin turbocharged 6-cylinder engine that punches out 700 bhp of power and 750 Nm of torque and is mated the signature Porsche Dopplekupplung dual clutch transmission. The car can make the gear shift in milliseconds which is extremely stunning to drive. The Lamborghini Aventador S is on the top of the ranking

It’s the king of the kings! The radically honoured supercar from the illustrious Lamborghini totally deserves the highest rank in the top fast and furious cars in India. Hitting the Indian dealers in 2017, the car is a masterpiece from both the inside, outside and under the hood. 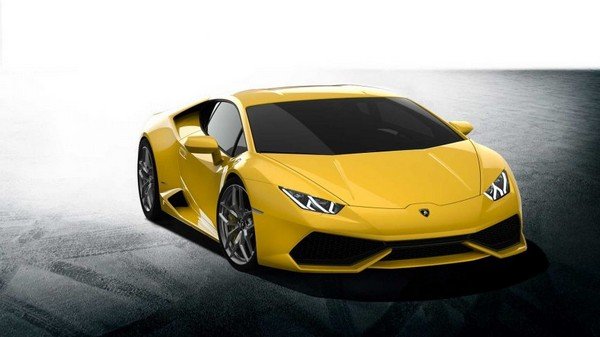 Along with the most impressive aesthetical look making the car stand out from the crowd, the flagship Aventador S comes with a 6.5-litre V12 naturally aspirated powertrain releasing 740 bhp at 8400 rpm per 690 Nm of torque at 5500 rpm. The top-end tech packs including the dynamic steering system, monocoque carbon fibre chassis, independent gearshift rods and suspension rods and many more.  At the crazy top speed of 350 kmph, the Lamborghini Aventador S requires a well-trained experienced brave driver to conquer.

What do you think about these abovementioned fastest vehicles? Let us know by leaving your personal feeling and verdict in the comment section below.

Top 12 Fastest Cars In The World With Incredible Horsepower