26 0
The most impressive superhero vehicles are here! Check out for Iron Man’s armors, Batman’s Batmobile, Hell Cycle, and more.

Everyone has his or her loved car; so do the superheroes. Although the vehicles they possess are distinct, all share one prominent characteristic, IMPRESSIVE! Let’s read to find out how outstanding are the vehicles.

Also read - The Weirdest Cars Ever Designed: From Swimming Car to Egg-shaped Car Iron man has a huge collection of armors

Not cars, not motorbikes, and definitely not boats, Tony Stark’s vehicles are among the unique ones in Marvel’s superhero universes, the Iron Man’s armors. Each armor possesses different abilities for distinct conditions; however, they seem to have some common features that dramatically enhance Tony’s strength and mobility with cool weapons and defense facilities monitored by an impressive control system. Moreover, accompanied by J.A.R.V.I.S, the marvellous and outstanding AI built exclusively for Tony, the Iron Man character has the ability to combat with immortal villains even though he is merely a mortal who has a lot of money. Don’t mess up with him unless you want tons of bullets and rockets strike on your body from his overwhelming armors. 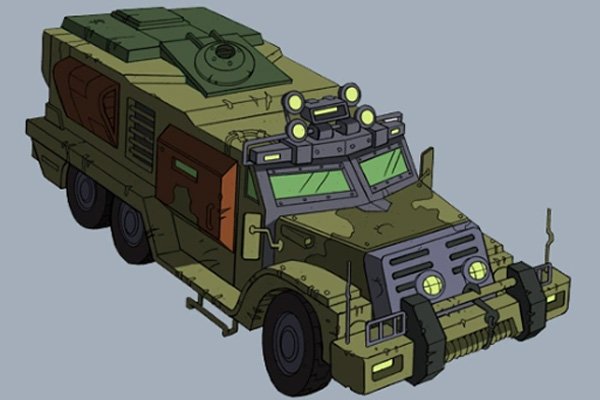 At first, Battle Shell was just a normal van

The ninja turtles starts their first mission with a normal van which drives them to almost everywhere in New York City. However, the van seems to be outdated, worn out, and lack of functions. To solve this problem, Donatello decides to give it constant upgrades and the van finally turns into the mutant ninja turtles’ first combat vehicle.

Nevertheless, a van is still a van; no matter how many upgrades have been made, its natural features as an ordinary vehicle cannot keep up with more difficult missions. Therefore, the teenage ninjas have to find a fully armoured one. After many fights, they finally confiscate the Battle Shell in the encounter with the famous villain gang, the Purple Dragons (seriously, purple… dragons?) And once again, the turtle Donatello adds a few improvements to the Battle Shell, which gives the team an ultimately offensive vehicle built only for the large mutant superheroes. 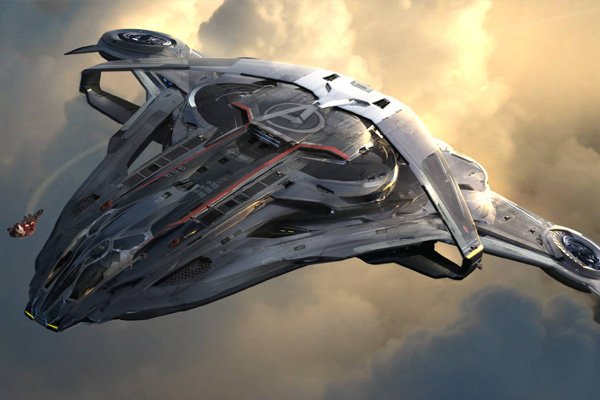 Not only one of the biggest vehicles, the Avengers’ quinjet is also one of the most versatile aircraft as it can go everywhere even in space with an outstanding speed. You can easily notice that most of the team members don’t have the ability of flying. The Quinjet has its ultimate duties then, it carries the Avengers as well as becomes their strategic and resting place. What is more, even though it is often seen as a means of transport, it can do more with a medical bay and a machine gun which was used once by Black Widow.

Bruce Wayne, the wealthiest and the most intelligent man in DC’s superhero universes, uses all his money to become an order keeper of Gotham the sin city. And we all know that’s Batmobile is the most iconic and impressive superhero vehicle ever created with the unique bat logo representing the presence of Batman. This is one of the best Batmobile versions

In case you don’t know, the technological system of the Batmobile is marvellous which has an onboard computer directly linked to the Batcomputer locating in his Batcave. For this reason, Batman is able to access quickly to all of his files. The navigating and tracking system on the car helps him find his enemies at ease. It can also get him to places at the speed of lightning with the support of a high-end engine. Moreover, the Batmobile is highly damage-resistant and it is empowered with destructive weapons and breathtaking facilities: flamethrower, remote-control system, non-lethal rounds, reinforced tires with spikes, grappling hooks, eject seats, etc. We must admit that his wealth, intelligence, and technological background has helped a mortal like him surpass any gods. 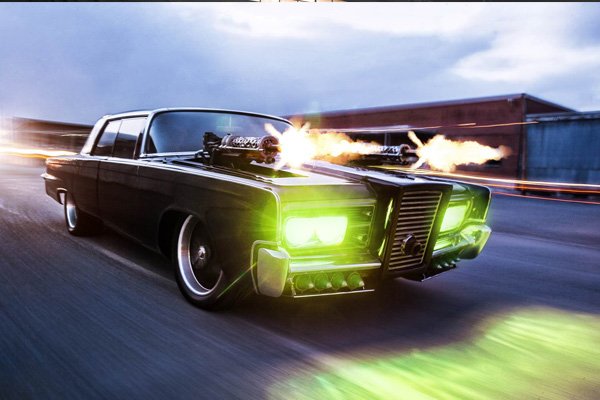 Just as Batmobile is made for Batman, the Black Beauty is exclusively built for Kato. The car design follows the concept of speed and action which fit perfectly to Kato. Therefore, he can use the full potential of the car and knock his enemies down with precise fatal strikes with the weapon system that includes rocket launchers, scanning devices, knockout gas, and the “infra-green” lenses which significantly enhance vision. Obviously, Black Beauty still remains legendary among superhero vehicles due to its cool appearance and practical gadgets.

Like any other superheroes’ teams, X-Men members have been using the charming and sexy Blackbirds for years.  Its gorgeous design overwhelms any aircraft. In fact, the Blackbirds has a lite version of Cerebro on-board which is used to locate other mutants and gives Blackbird the ability to become invisible. Although there are different versions of Blackbirds, they share some cool features such as diving underwater, reaching high altitudes, and travelling as fast as lightning. There is one thing to keep in mind that there are just a few vehicles exceeding Blackbirds in Marvel Universe. However, there are little evidence proving they can engage in combat as they are designed for transportation. Hell Cycle! What a shocking name!

Johnny Blaze is the most famous Ghost Riders of all time with his super cool Hell Cycle which he obtained when first taking the Ghost Rider’s demonic power and shot his hellfire shotgun to nearby motorcycle. The most impressive feature of the superhero’s Hell Cycle is that the vehicle always leaves a fiery fire trial behind. Besides, its supernatural ability allows Johnny Blaze to perform incredibly sharp turns in just second. What is more, the Hell Cycle is bound for its owner, so whenever the Ghost Rider summon his demonic vehicle, it will come in the blink of an eye. And with this connection, he can manipulate all the potentialities of the cars including the overwhelming demonic speed. Goku seems to be the only anime character in this list; however, that does not make him a less impressive superhero. Goku’s flying nimbus is one of the prominent features helping people recognise him. To remind you, the nimbus is a small cloud that supports those with pure hearts, and Goku was given the nimbus from Master Roshi. The magical cloud used to help Goku fly when he couldn’t do it himself, and later on, it provides him fast travel without using any energy. Despite being small, the car can carry all members of the team

Fantastic Car is the first impressive superhero vehicle in Marvel universes. However, before it became an outstanding car, it had to go through a lot of upgrades and improvements. Obviously, to carry all the members of the Fantastic 4, it must have four seats. What is amazing about this vehicle is that it is very compact, but  it can still carry a weight of four people with an incredible speed of up to 550 mph. The T-Car is very fast as well as have an onboard computer system just like that on Batmobile to automatically and precisely guide itself. One cool feature of the T-Car is its inward spinning wheels which can transform into a propulsion system to make the car fly. Interestingly, the car is owned by Cyborg and he shares it with the other members in almost all missions. And as it is their first car, the team really treasures it.